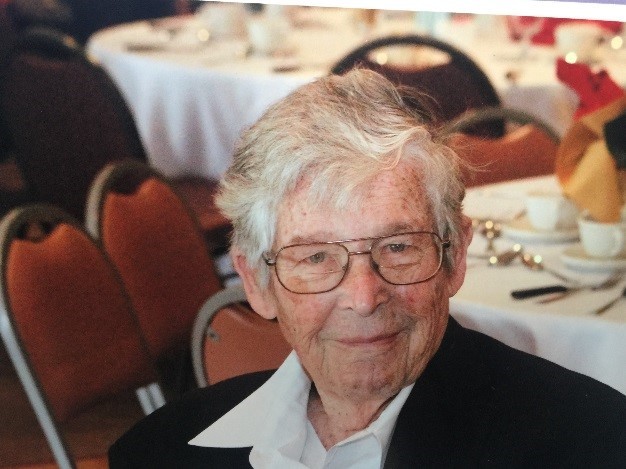 James H. Johnston, 90, passed away on August 11, 2018. He is survived by his wife, Marjorie M. Johnston, children, grandchildren, and great grandchild. Born in Southampton, New York to Archibald Pliny Johnston and Clara Taylor Johnston, he was raised in Altadena, California. After several brief moves throughout the country, including Ohio, he lived for almost 60 years in Rehoboth, Massachusetts.

He attended Stamford University earning a B.S. in Metallurgy in 1949 with his studies interrupted by service as a Sergeant in the U.S. Army Air Force posted to the Army of Occupation in Korea and Japan. He attended MIT and received an M.S. Metallurgy in 1950 and an ADE for both Metallurgy and Mechanical Engineering in 1952. During his time at MIT he met his wife Marjorie. He started his career with Johnston and Funk Titanium Corporation and was later associated with Nuclear Metals Inc. company and the Metals and Controls Division of Texas Instruments. Before his official retirement he worked at the Naval Undersea Warfare Center. Not satisfied with resting on his laurels, he continued independent computer work with Systems Integration and Research. He was granted several patents over the course of his working career. In his retirement he continued his love of research by investigating the 17th and 18th century Iron Forge works of Rehoboth, culminating in the presentation of “The New Palmer River Iron Works 1721” to the Society for Industrial Archeology.

Active throughout his life, he is fondly remembered for his many hobbies and intense interests. Whether it was the 1½” scale steam train that pulled the neighborhood kids around the backyard, the amazing photographs developed in his own darkrooms, the silver jewelry worn by his family, the honey from his apiary, the airplane documentary broadcast on Rehoboth Public Access, or his work for the Historical commission, he touched many lives. A lifetime member of the American Society of Mechanical Engineers, he could also be found volunteering in many capacities as a member of the wonderful Rehoboth Lions Club for 57 years.

Radiation exposure in his career led to a long battle with cancer culminating in his final days of hospice supported by his wife of 65 years. An internment of his ashes and a memorial will be held in the beginning of October. Donations in his memory in lieu of flowers may be made to the Rehoboth Lions Club or the America Cancer Society.