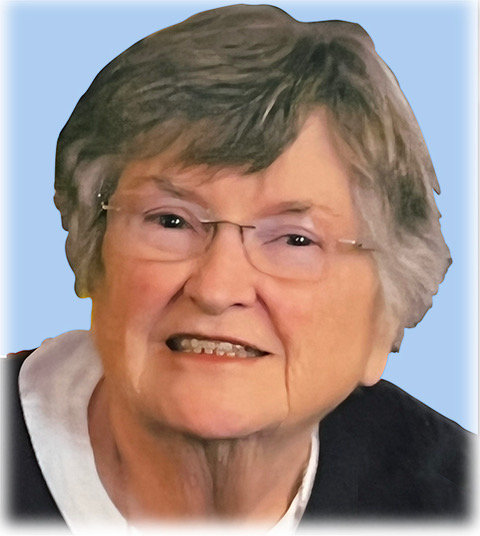 She was a graduate of Burrillville High School, where she attained membership in the National Honor Society. She was preceded in death by her parents, David and Doris Noyes, brothers Norman and Julian and sister Doris C. Noyes of Florida. She was employed by AMICA Insurance Co. for several years in the Accounting Department until she started to raise her family.

She was particularly interested in history and did much to discover the family’s ancestry which included no less that 14 Mayflower passengers and a host of patriots who lost their lives in defense of our country, not the least of whom included General Joseph Warren who fell in the battle of Bunker Hill. In addition to her membership in the Society of Mayflower descendants, she was a founding member of The Rhode Island Genealogy Society, where she assisted other members in finding their families. She was appointed to The Five Generation Projects, who traced their Pilgrim fathers through five generations and was later published. She was a member of The Daughters of the American Revolution and the Huguenot Society.

Sandra was an avid gardener and took great joy in “tilling the soil“ and showing off the fruits of her labors. She was justly proud of her collection of Clematis vines.

She gave of her time and treasure to various charitable organizations, particularly the 168th Combat Division who defended the Belgian town of St. Vith at the Battle of the Bulge. She assisted in raising a fund to have a monument erected to their memory at the battle site where her brother Julian was killed. She was later invited to give the dedicatory address at its unveiling. Many surviving members of the 168th, veterans and people of St. Vith were present. As a token of their appreciation, she was presented with honorary membership of the 168th Engineer Combat Division.

She was a faithful member of St. Stephen’s Episcopal Church in Providence and participated as an Altar Guild Member and Church School teacher.

In lieu of flowers, gifts in her memory may be sent to The James William Calverley Special Needs Trust, c/o 69 Hawthorne Drive, Seekonk, MA.