It's Been a Busy Year for Rehoboth Native Alissa Musto 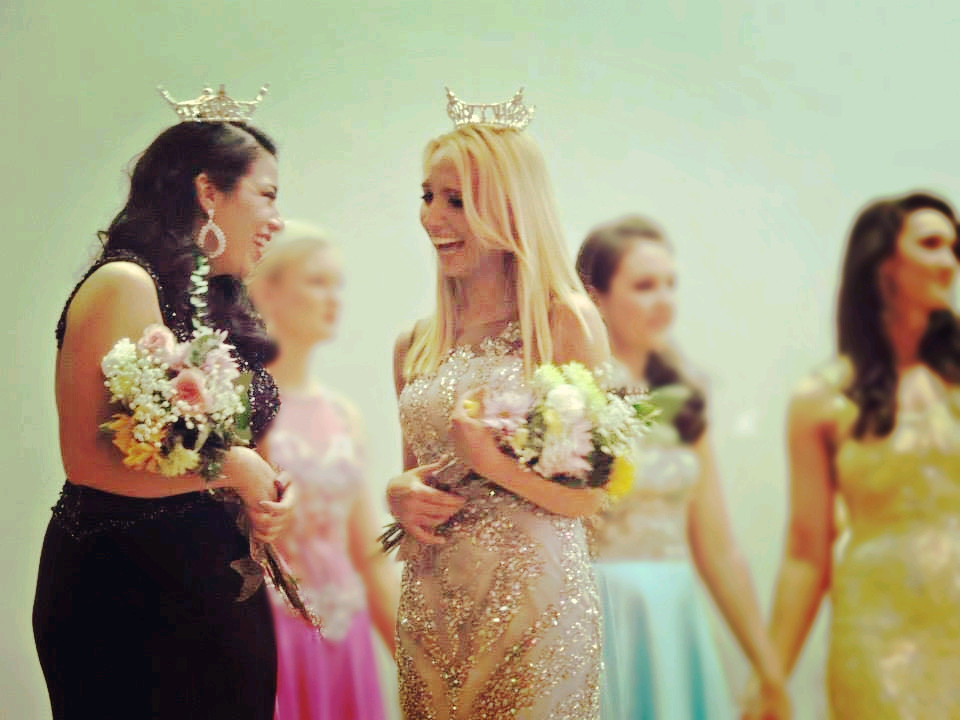 Alissa Musto made the top 5 and won the preliminary talent award at Miss Massachusetts amongst 23 titleholders from around the state.
Posted Monday, July 20, 2015 12:00 am

2015 has been quite the year for musician, singer-songwriter and Rehoboth-native, Alissa Musto.

In between classes at Harvard and performing at Point Street Dueling Pianos in Providence on the weekends, Musto can be found rocking out songs from her new album at the House of Blues, shooting music videos and advocating music education as Miss Tri-County. Playing the piano since age four, Alissa has performed around New England including the Hard Rock Cafe, the Massachusetts State House, the Veteran’s Memorial Auditorium, Foxwoods and on the national TV series, America’s Most Talented Kid. Alissa’s recent honors include winning the Justine Magazine Talent Search and the MusicToVideo contest, receiving her second nomination for the Limelight Music Awards and being one of 6 participants (out of 4,300 entries) chosen for the House of Blues Bringing Down the House Class of 2015.

Tell me about your new album, “What We Saw From the Piano Bar”.
“What We Saw From the Piano Bar” is my first full-length album; it features 10 piano-oriented songs that I’ve written over the last two years. I released the album on January 5th, the same day that my biggest inspiration, Bruce Springsteen released his debut album back in 1973. So far, “What We Saw” has been featured in the Sound of Boston blog and is available on iTunes and Amazon. Some of the highlights include a remake of my father’s song, “Over and Over” and ‘Black Flak’ which won the MusicToVideo contest.

What is the MusicToVideo contest?
MusicToVideo was a music competition with 25 local artists. Each artist submitted a song and listeners online voted for their favorite. The prize was a music video made by videographer, Nico Johnson. “Black Flak” won and the music video was released in May. Check it out on my Youtube channel!

What was it like performing at the House of Blues in Boston?
It was an awesome experience---I shared the stage with 5 other talented acts chosen for the House of Blues Bringing Down the House Class of 2015. Leading up to the performance, I prepared by participating in weekly masterclasses and workshops at the House of Blues with industry professionals and music business specialists. At the actual showcase, I performed a mix of cover tunes and originals. The best part was I got to share the experience with my brother, William on guitar, and two of my good friends, Paulo Borges on drums and Johnny Dunn on bass.

Out of all your experiences this year, which one has been your favorite?
I love trying new things and stepping outside my comfort zone. This year, I decided to compete in the Miss America Organization. Not knowing anything about pageantry, I was hesitant---but Miss America is far from a “beauty contest”; it’s more of a scholarship program that gets girls involved with their communities and rewards them for academic achievement and talent. I was honored to win the title of Miss Tri-County and represent the communities of Middlesex, Norfolk and Worcester county at Miss Massachusetts. I was also thrilled to make the top 5 and win the preliminary talent award at Miss Massachusetts amongst 23 titleholders from around the state.

What are your plans for the rest of the summer?
I can be found every Thursday, Friday and Saturday night at Point Street Dueling Pianos in Providence. I’m also taking a few summer courses, working with my piano and vocal students, volunteering with Girls Rock! Rhode Island and promoting “What We Saw From The Piano Bar”. I’d also love to get more involved with promoting music education and have started developing my own non-profit organization. In this [the music] business ,everything is day by day and you just need to roll with the surprises that get thrown at you.

For more information about Alissa Musto and her music, visit www.alissamusto.com or check out her Facebook page: www.facebook.com/alissamusto.