Recognition brings $25,000 gift to stunned EP teacher and a trip to Los Angeles 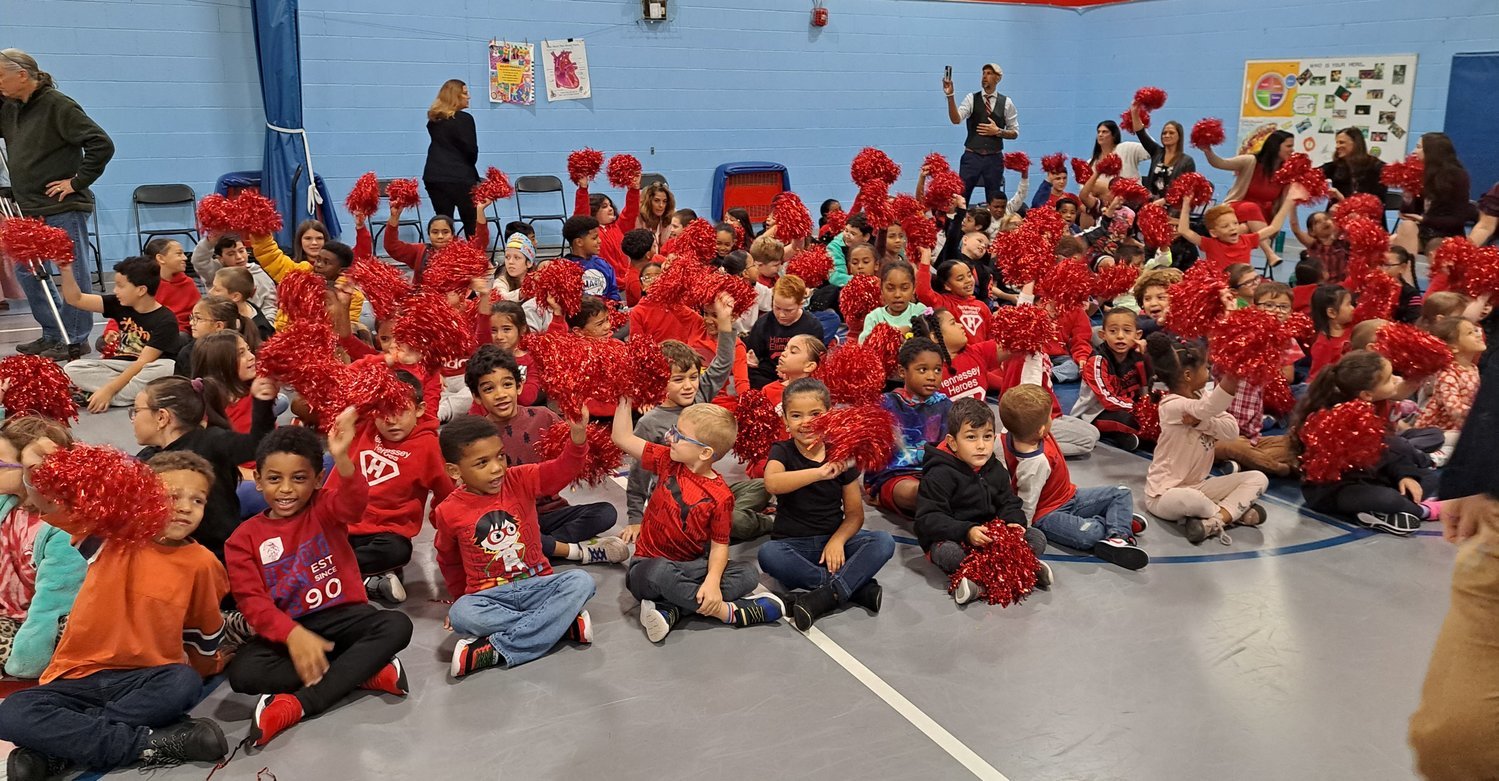 The Milken Award has recognized outstanding teachers for 35 years. The prestigious honor, to be presented this 2022-23 school year at up to 40 schools across the nation, has been described as “the Oscars of Teaching.” The first recipient in the United States this year and the only Rhode Island winner this year, is Emily Rendine, a third-grade teacher at Agnes Hennessey School in East Providence. Rendine's award is a $25,000 unrestricted cash payment. "I don't know, I'm still in shock," said Rendine after the ceremony. "I may plan a school field trip." Additionally, Rendine is invited to attend an all-expenses-paid Milken Educator Awards Forum in Los Angeles, where they will network with their new colleagues as well as veteran Milken Educators and other education leaders about how to increase their impact on K-12 education.

The excitement began to build in Hennessey School in late October. Guests and dignitaries began arriving and assembled in the school gymnasium along with dozens of pom-pom waving students. Everyone thought it was a school assembly and no one knew what was about to happen.

"Congratulations to Emily and the entire East Providence school community on their special recognition from Milken! We are so grateful to have such a passionate, dynamic and inspirational educator leading our children and serving as a shining example of educational excellence," said Commissioner Infante-Green. "From encouraging students to reach their full potential, to embracing a growth mindset, Emily is preparing our students for success. Thank you, Emily, for your commitment to our children, Hennessey Elementary School, and the families and future of Rhode Island."

The Milken foundation released a statement saying in part, "Rendine encourages her students to practice "productive struggle," which inspires them to take risks in order to foster empowerment and ownership of learning. In her classroom she creates an environment where activities are tailored to students' learning styles as they rotate through stations with individualized activities, meeting children at their varying levels. Her students embrace a growth mindset as they dive into projects like creating machine launchers or exchanging letters with third grade pen pals across the country. During the pandemic, Rendine led her students on more than two dozen virtual field trips, including to sports arenas, a topiary garden and the Basketball Hall of Fame. Thanks in part to her leadership and innovative teaching style, Hennessey Elementary's state rating improved significantly from priority status to a three-star rating (out of five). During the 2021-22 school year, her students charted significant growth, going from 28% to 67% proficiency for reading and from 12% to 55% for writing."

Rendine earned a bachelor's in elementary education and psychology in 2012 from Saint Michael's College, followed by a master's in reading and a certificate in dyslexia knowledge and practice from the University of Rhode Island in 2021.

"I was so surprised, I thought it was just a regular assembly," Rendine told The Reporter. "It turned out to be one of the best days of my life," she said. "I've always wanted to be a teacher, since I was a kid. This is like a dream come true!" Rendine attended East Providence schools and lives in East Providence. "My teachers in EP always inspired me to become a teacher. Maybe I'll plan a schoolwide field trip."