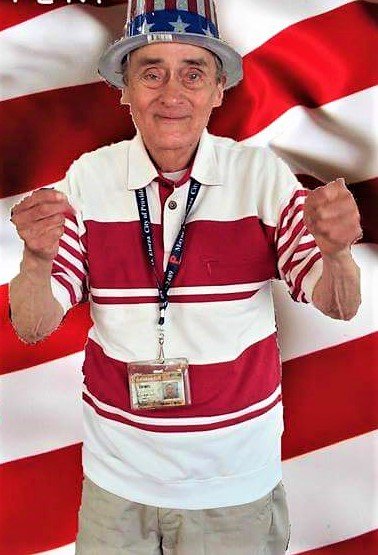 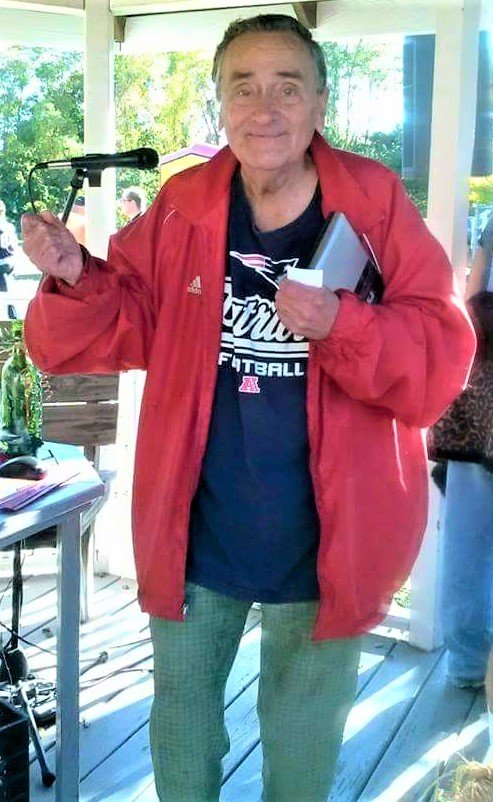 Walter Miller died today, May 28, 2022 at the age of 87. Miller was not only a Riverside icon but was known to many in the Providence Metro area. He became a close friend of the late former Providence Mayor, Buddy Cianci. Often during Cianci public appearances and political rallies, Walter Miller would be a Cianci guest of honor. Miller had a knack for making up songs on the fly - acapella - of course, and often sang rhyming verses to Cianci campaign crowds, to the former Mayor's delight. In addition to his regular perch around Riverside, Miller was an almost daily visitor to Providence City Hall during Cianci's time there.

Miller was especially fond of the Crescent Park carousel and would frequent it often during events. He would also be seen almost daily in the Riverside Square area where he would greet passersby with hand made flowers, a song and many of his card tricks that he was known for. When a long line formed at Cianci's wake service, Miller was there handing out his home made flowers to mourners.

Miller's friends haver been visiting him recently during his illness and are sure to remember how Miller loved this time of year. He was an icon along the annual Memorial Day Parade in Riverside wearing his full patriotic colors, top hat and singing and passing out flowers to parade goers and marchers.

Walter Miller, patriotic icon, friend to US Congress members, Governors, Mayors and mostly to his Riverside extended family will be missed for sure. Funeral services will be announced by family in the coming days.