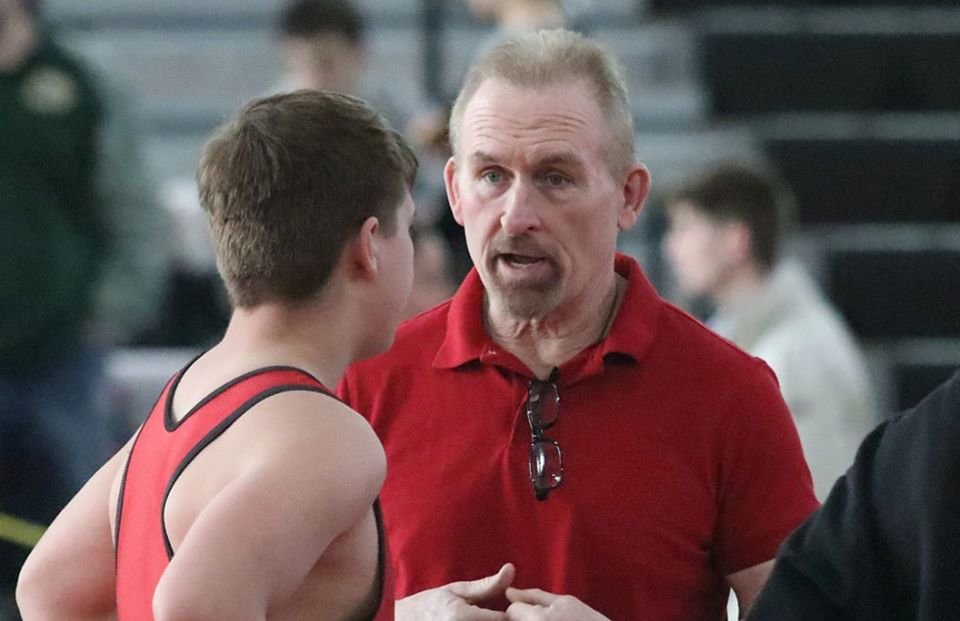 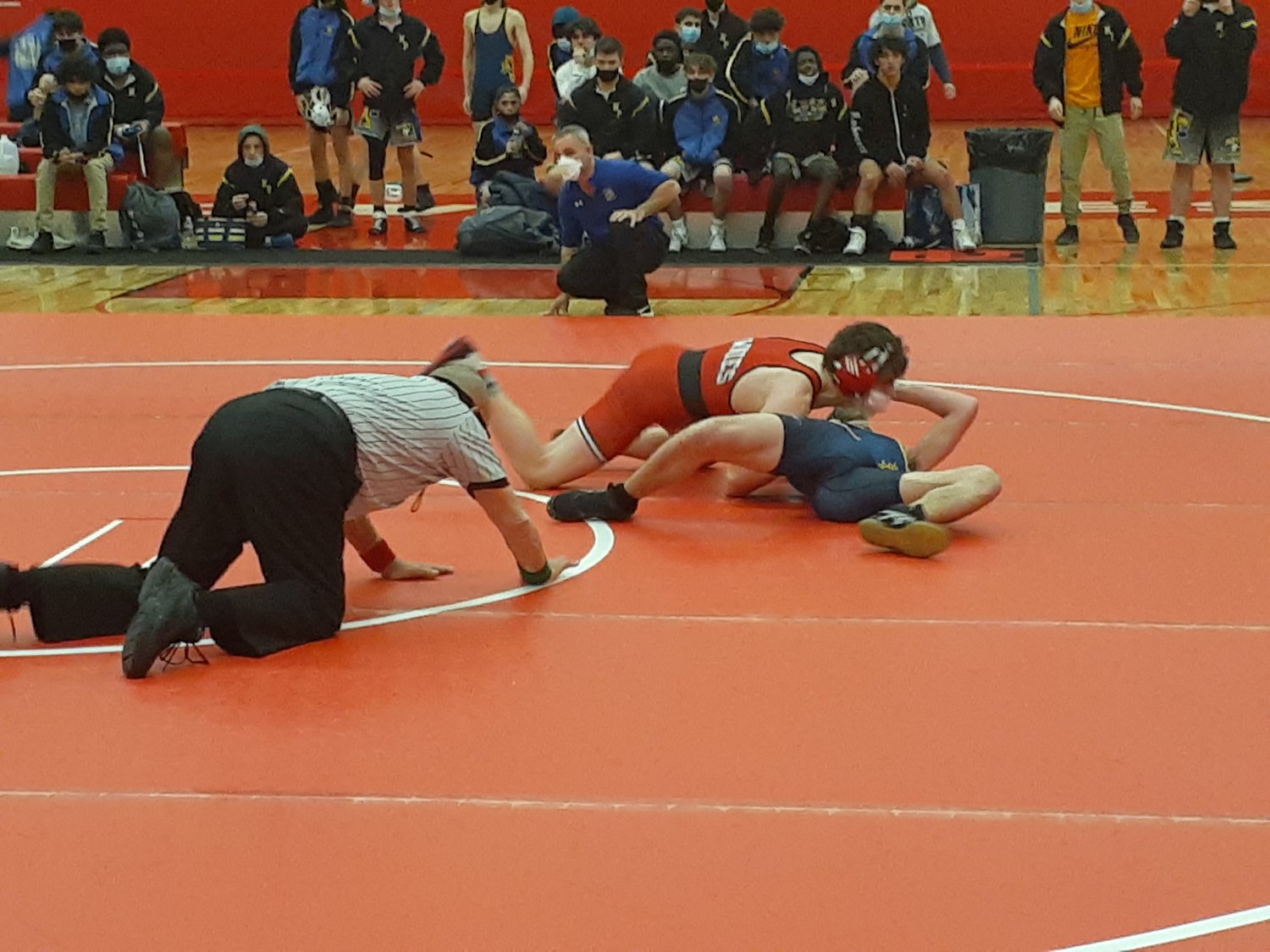 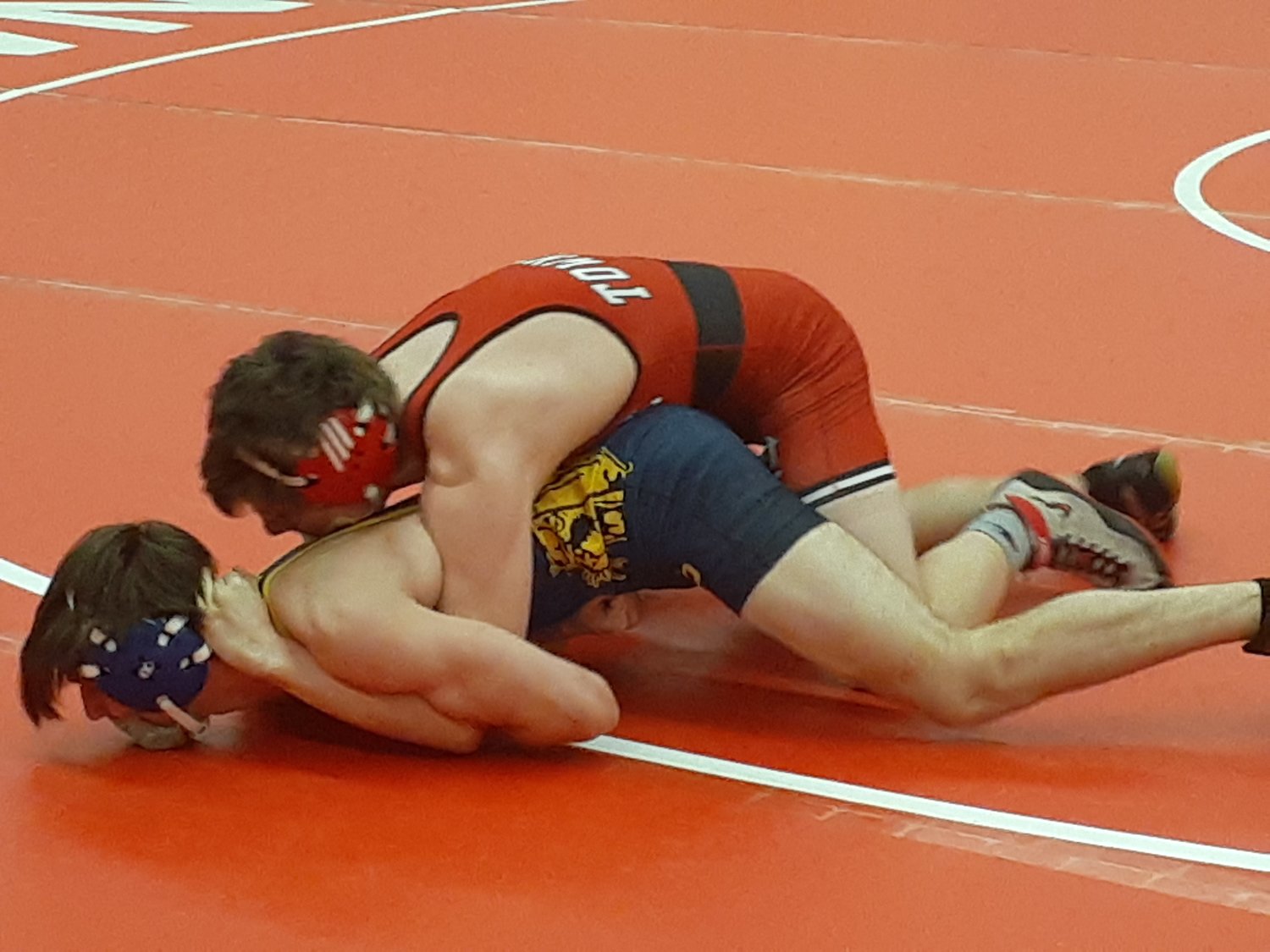 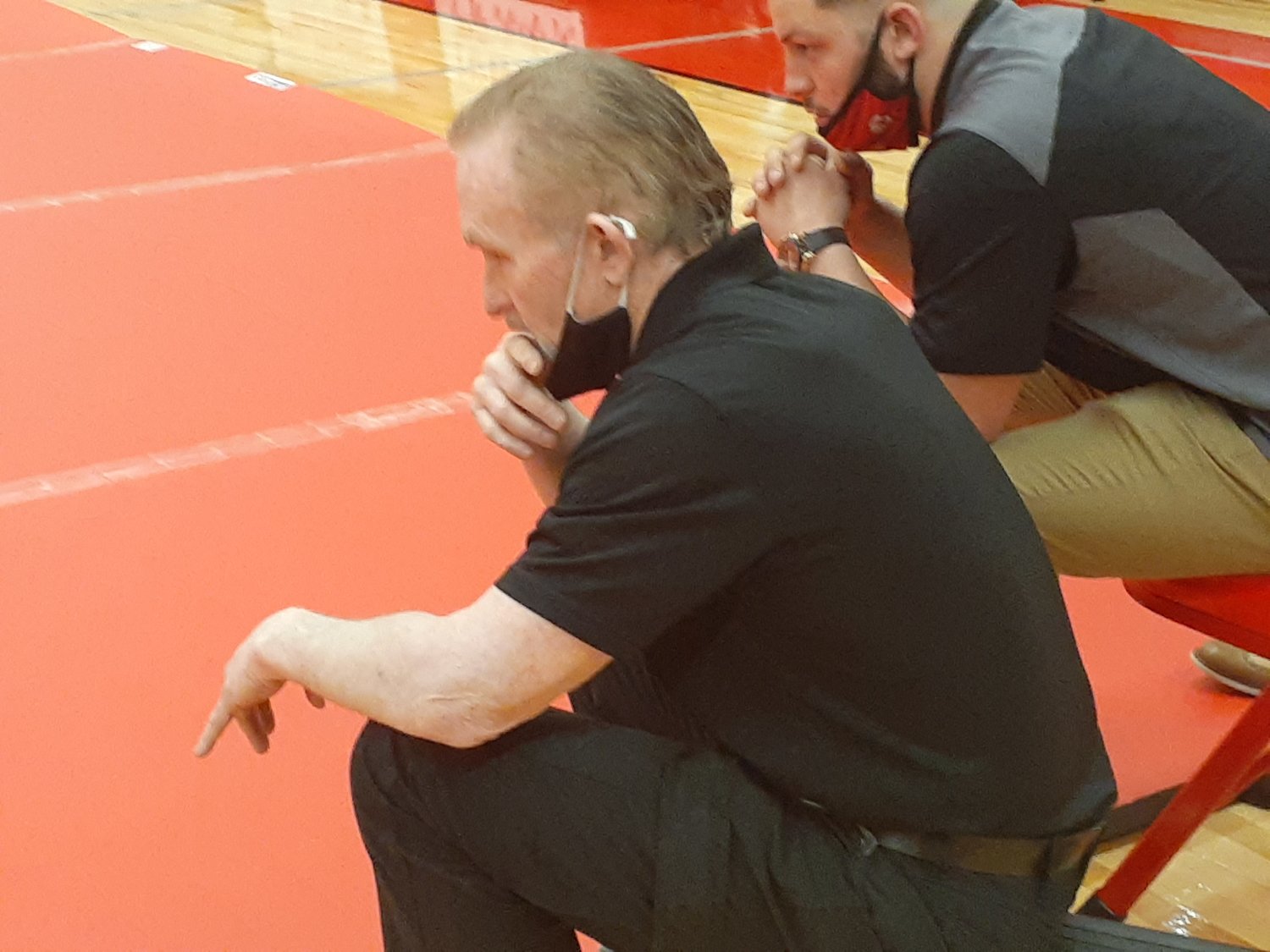 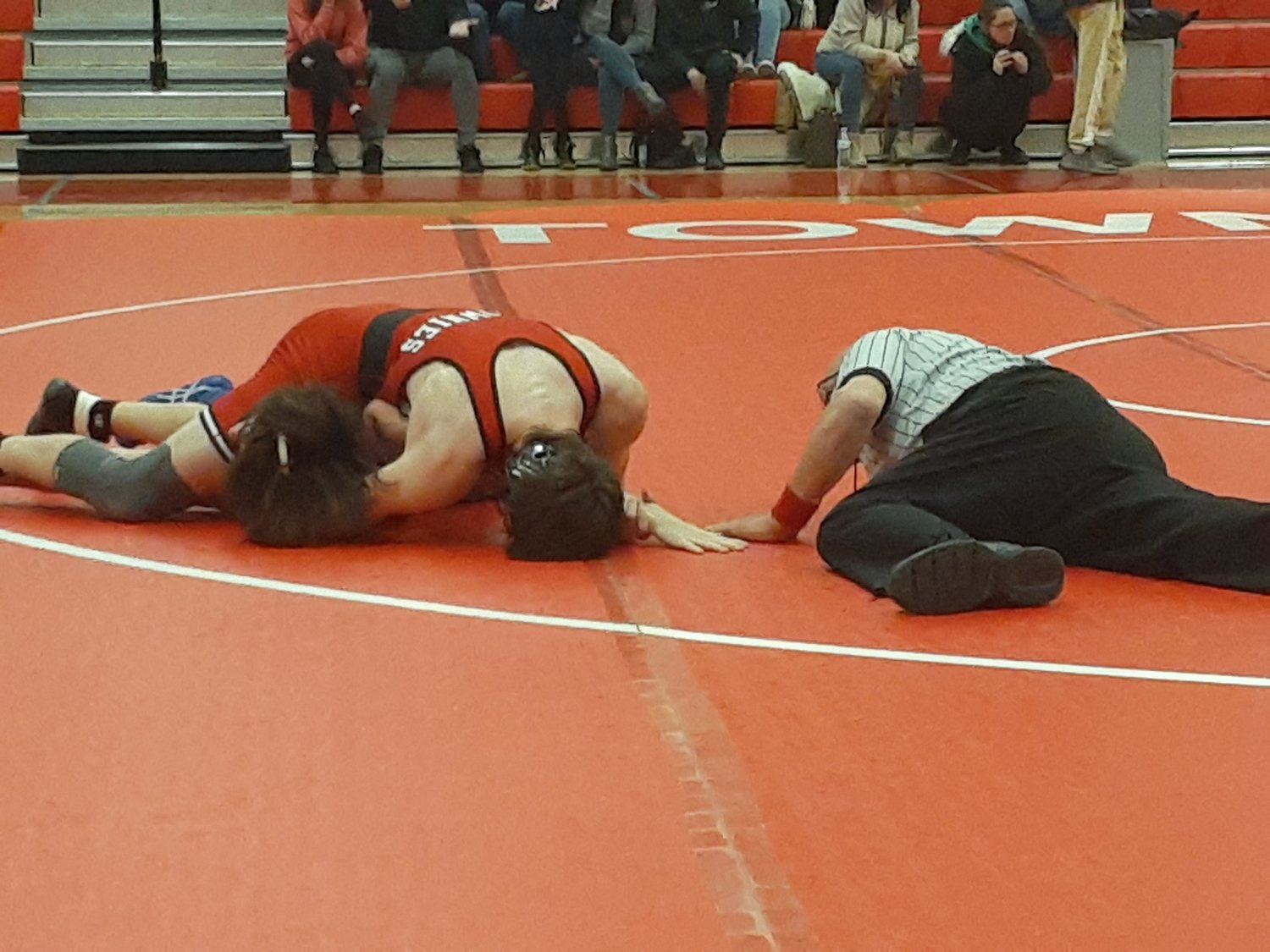 Almost not realized by sports fans this year is the success of the East Providence High School wrestling team. Heading into today’s divisional wrestling sectional tournament at Coventry High School the Townies are undefeated and have seemingly gone under the radar. Understandably getting most of the attention is boys and girls basketball. The Townies girls basketball squad is on a record making tear with a 17-0 record going into the state championships next week. The girls have a quarterfinal match at 6 pm on Monday, 2/22/22, against Coventry at EPHS. The boys basketball team suffered a 67-60 playoff loss on Friday night to Central High but due to their high statewide ranking may still be eligible for the open state championship tourney. The Townie swim team has been great all year and is competing today in the Division III meet at Roger Williams University, Bristol, RI at 5:00pm. The EP girls swimmers will compete on Sunday at 5 pm at Roger Williams. No spectators are allowed at the swim meets. Also, Townie hockey co-op takes on South Kingstown tonight at Portsmouth Abbey at 7:30 pm.

Starting at 9 am today (Saturday 2/19) and continuing tomorrow, Townie wrestlers will compete in the multi-school sectional tournament at Coventry High. “Yes,” chuckled veteran Townie wrestling coach Tom Galligan when asked about his team’s “quiet” undefeated season so far. Galligan and team were finishing a practice before the boys basketball game Friday night. “It’s been a great season. We’ve had to deal with COVID postponements and injuries, but our kids have responded well,” said the now 31 year veteran coach. Coach Galligan is also the popular East Providence area career & technical center construction teacher. Entering year 31 of coaching, Galligan replied with a serious smile, “I’m not going anywhere for awhile. Galligan recalled his years at EPHS when he wrestled for Jim McMahon and Manuel Vinhateiro. “I’ve been associated with Townie wrestling for a long time. After McMahon, Ken Whorf and Mr. Vinhateiro coached and then I took over,” said Galligan. Townie officials and fans are glad Coach Galligan has stayed with the program for three decades and going strong.

There is one more “quad” event on Wednesday, February 23rd at EPHS before the RI state championships on Friday, February 25th at the Providence Career & Technical Academy. “The Wednesday match is from a cancellation of a snow day. We couldn’t hold the match because of the weather, but you know wrestlers, we would compete in any weather or conditions!” Galligan laughed. Indeed, wrestling can be very difficult to follow. The rules are mostly known by players, coaches and serious fans of the sport. It isn’t always easy to follow team scores with multi-school meets and weight restrictions, etc. Wrestlers may endure the toughest regiment of conditioning and practice of all sport. “Wrestlers put in many tough hours of practice and their endurance level is extremely strong. Sometimes a wrestler may practice all week but may not have a match if an opponent doesn’t meet weight or a slot isn’t available. But the wrestler must be prepared anyway.”

Galligan has seen and coached many great wrestlers since the early 1990’s when he started his coaching career. The 2022 squad is quietly winning matches and has impressed those who have been able to see the team compete. “I’m not a social media guy, I just coach hard and push these kids to compete. I know there hasn’t been much buzz about us, but we’re wrestlers and we’re tough,” he laughed. Nearby the wrestling practice was the affable girls basketball coach, Bay Lambert. Lambert's team is on an historic run as noted and the coach isn't shy about social media to the delight of fans. "I'll have to give coach Galligan some pointers on social media," smiled Lambert. The wrestling coach gave a thumbs up, albeit with a slight smile.

Galligan is the toughest one on the court usually. He doesn’t sugarcoat things with his wrestlers. He will give them a stern earful when needed and consistently drives his student-athletes to excel. However, in the end, Galligan’s compassion and concern for each player is obvious. “His wrestlers respect him highly and East Providence is fortunate to have a great teacher and coach like Tom Galligan,” said Athletic Director Gregg Amore. “Not only is the coach well respected here but he is one of the best in all of Rhode Island.”