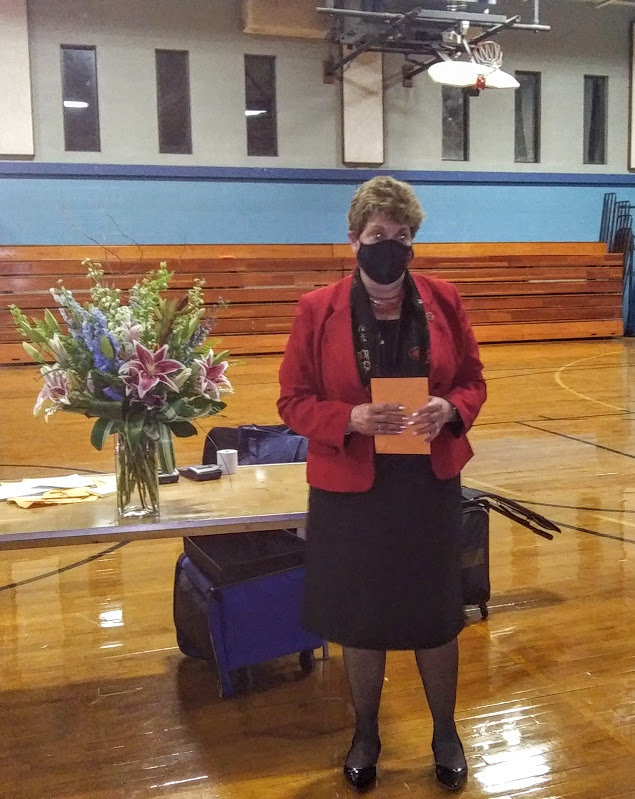 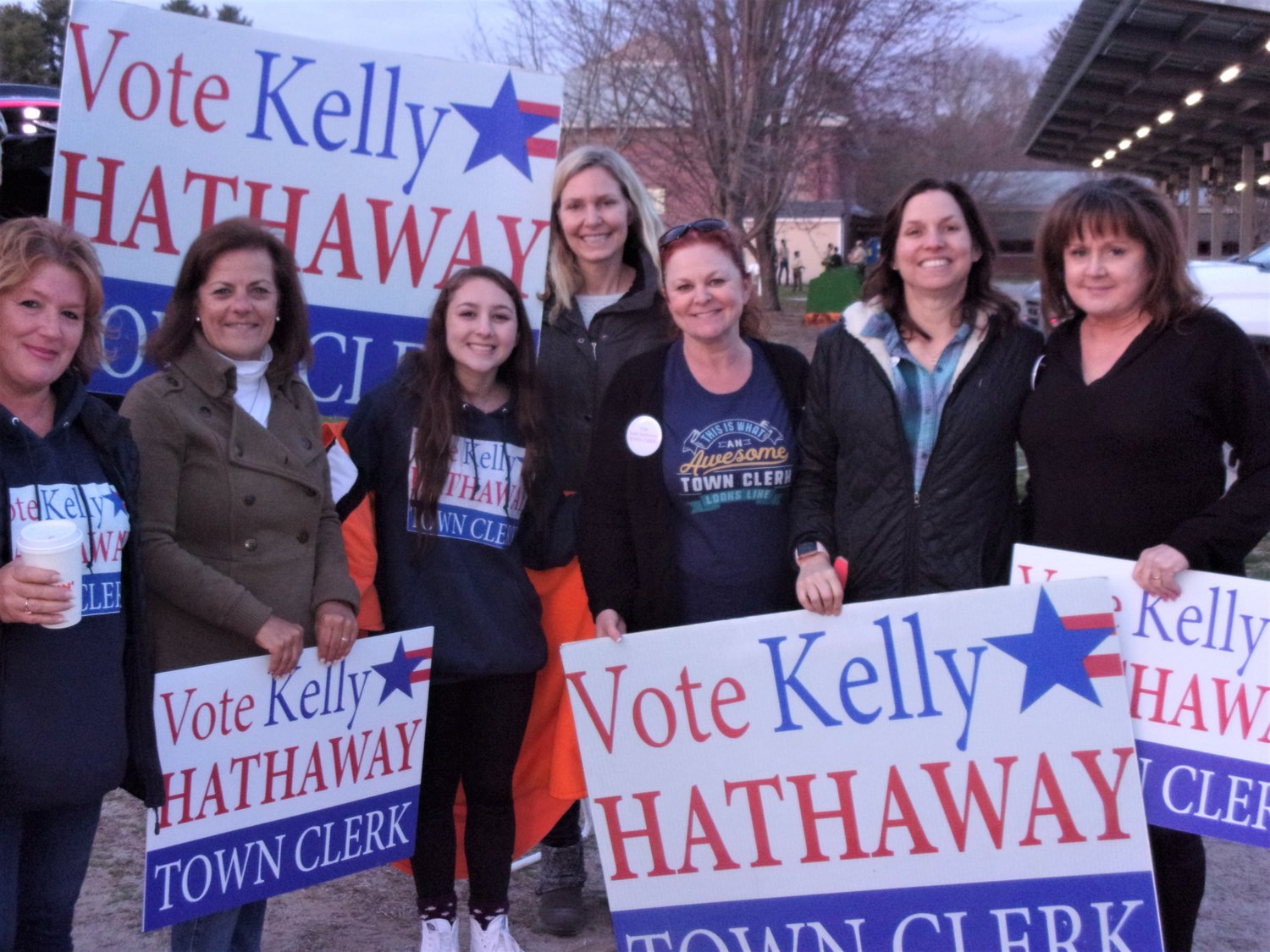 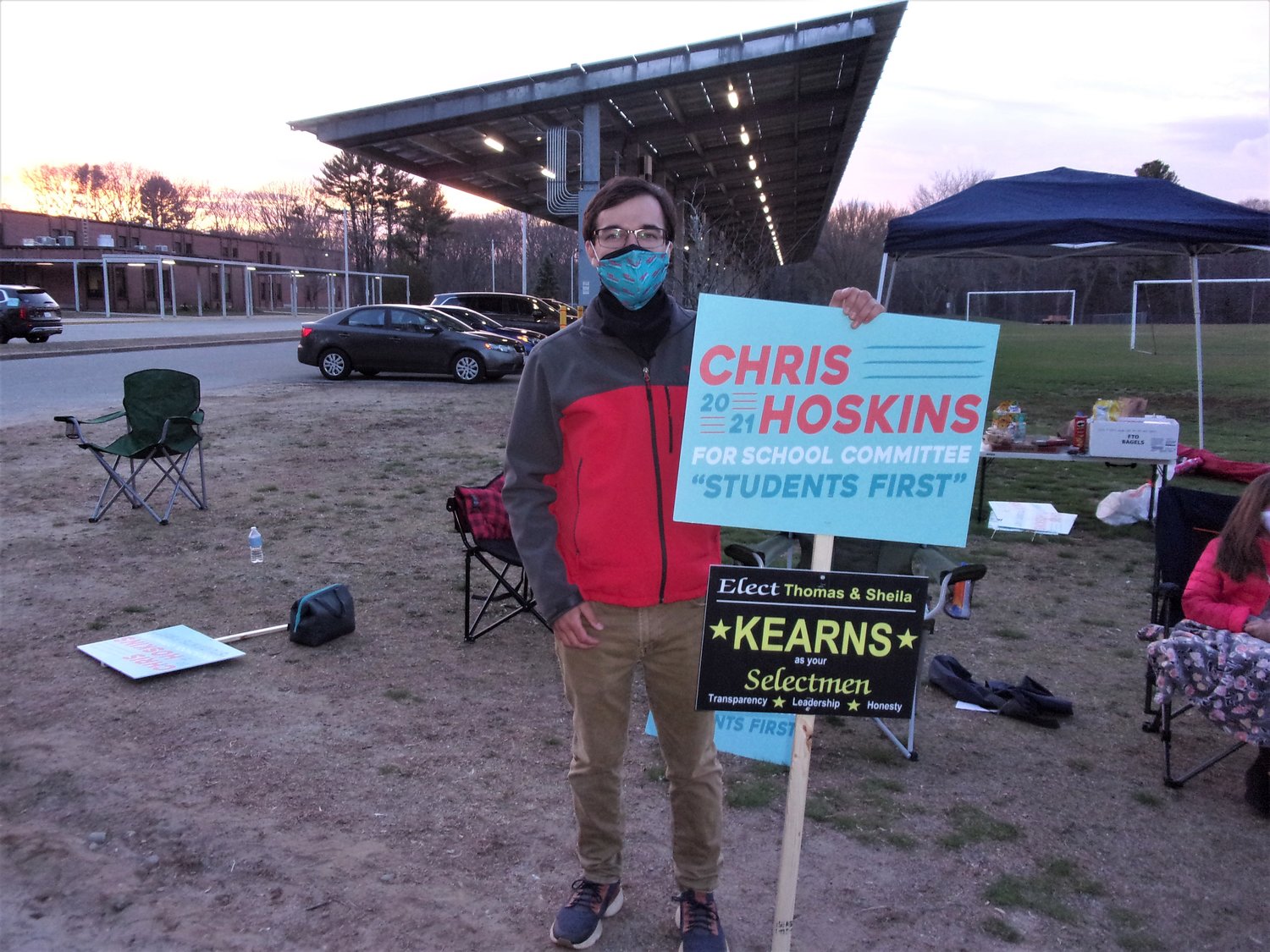 Michael Deignan, the former chairman of the town’s finance committee, and former Dighton-Rehoboth Regional School Committee member George Solas, were elected to the Board of Selectmen.

Their opponents were Thomas and Sheila Kearns, a husband and wife who were political newcomers.

In the race for two seats on the school committee, Victoria Silvia and Katie Ferreira-Aubin defeated Christopher Hoskins. Silvia got 1,208 votes, Ferreira-Aubin got 1,132, with Hoskins far behind with 743. Hoskins had served as the chairman of Save Our Schools, an advocacy group.

Schwall, who has served in the position since 2013, had explained her goal was to make town government “more accessible” to town residents. After the results were tabulated, supporters cheered Schwall’s victory and presented her with a floral bouquet. “I just did my job,” Schwall told the Reporter. “I just was focused on running the election and seeing it through. I am truly honored and touched that the voters of Rehoboth gave me another three years to serve them.”

Thomas Kearns expressed disbelief that Hathaway and Hoskins were not victorious, noting the large number of residents who gave the candidates “thumbs-up” signs. “It is obvious to me that the vast majority of the voters, voted the party, not the person,” Kearns said via e-mail. “Sheila and I were the wild card and it appears that there are a growing number of residents who have had enough. Our founding fathers said that the party system would be the demise of the country and we are seeing it play out today.  People are naturally resistant to change and I guess that the majority is not ready to elect the most qualified candidates but that’s the democratic process.”

Other races in Tuesday’s election included: