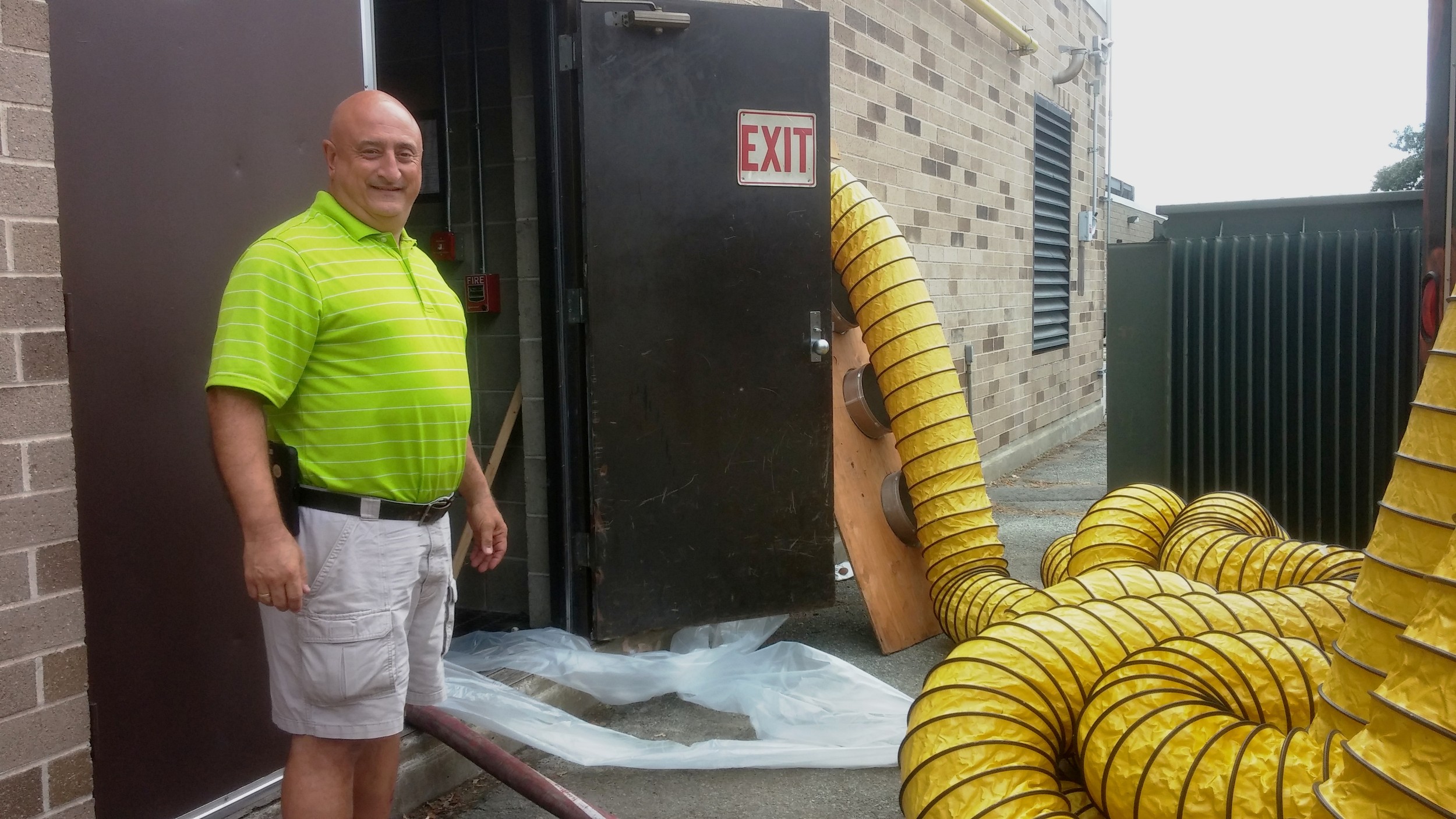 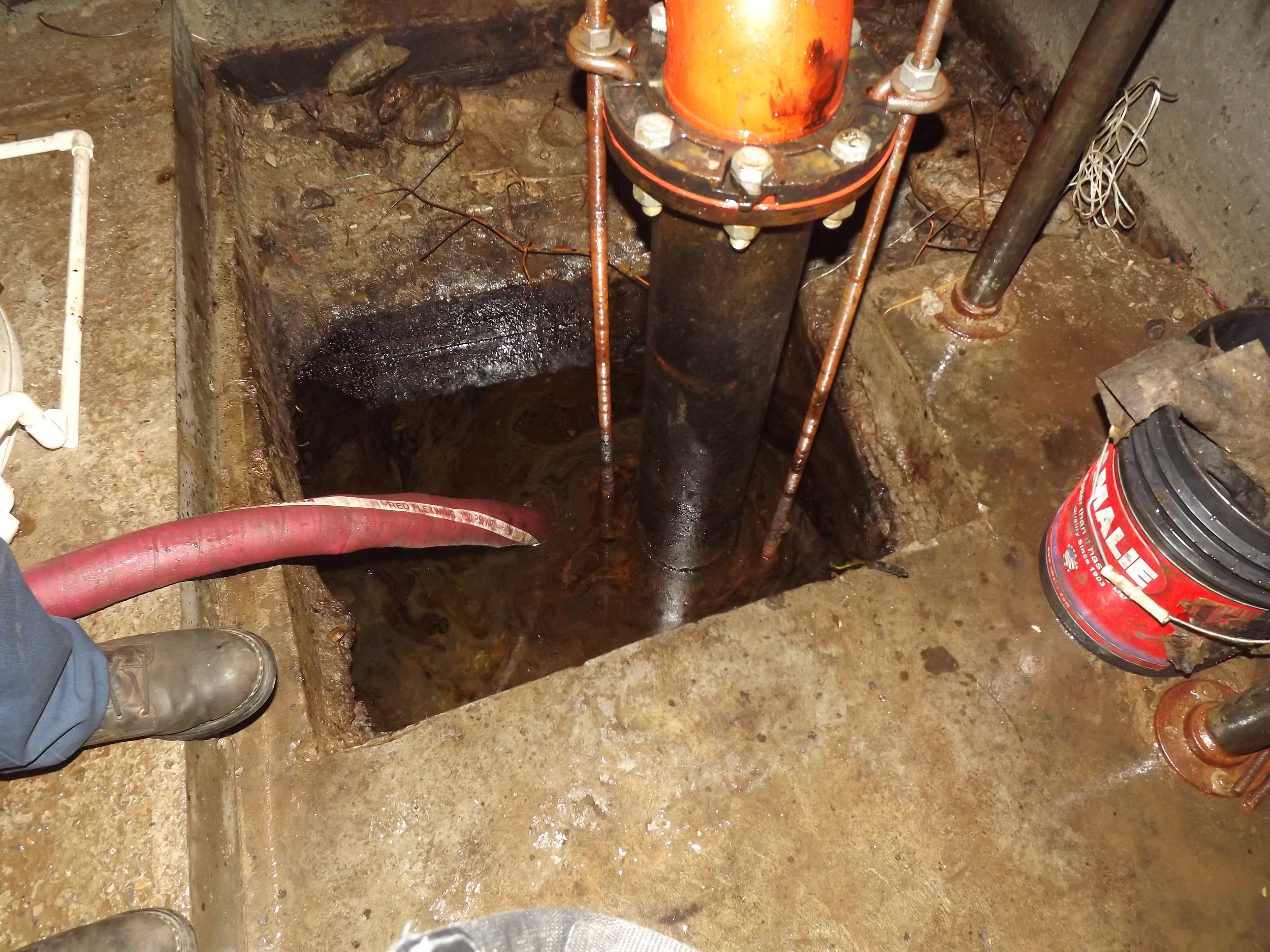 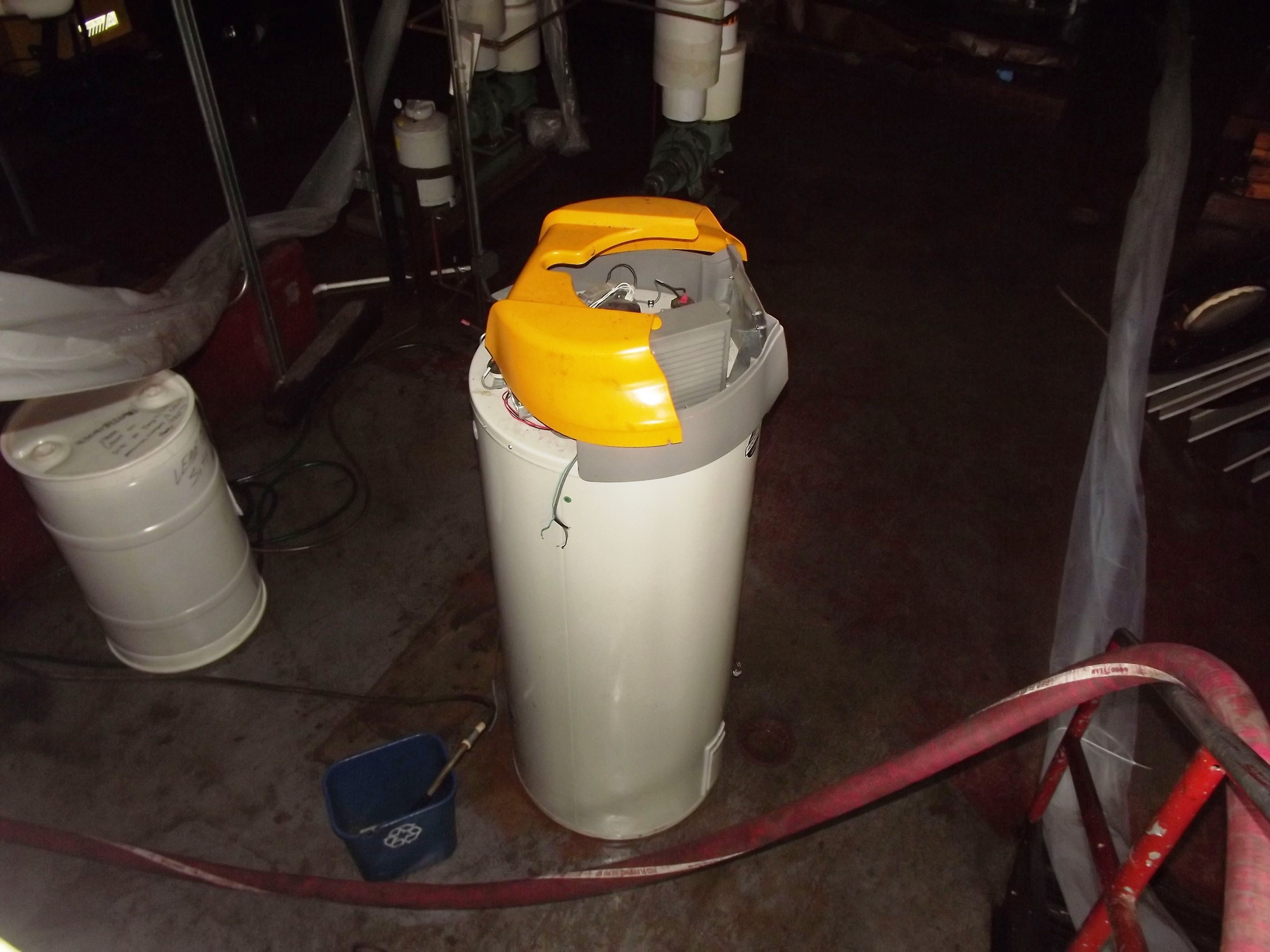 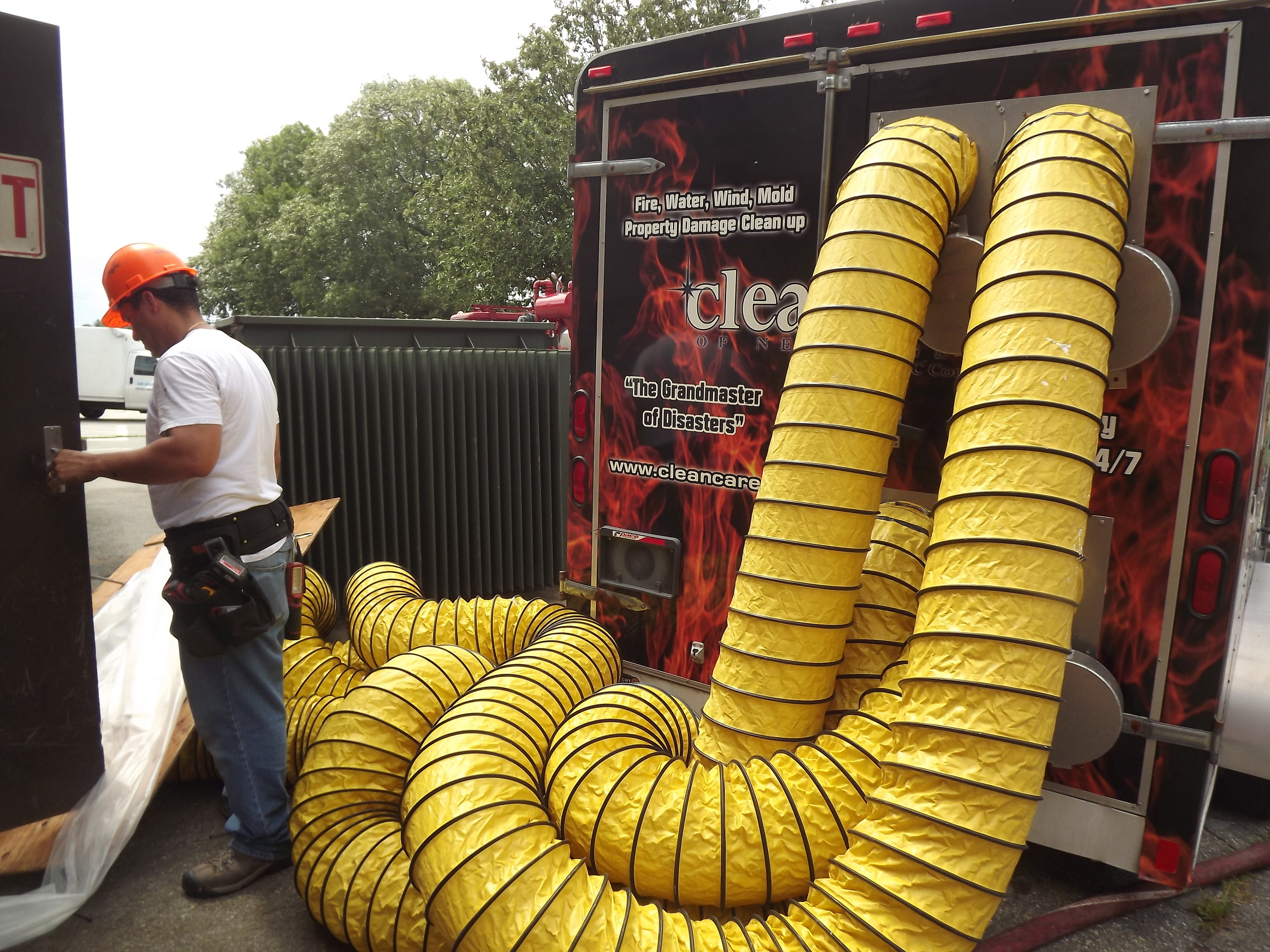 Environmental clean up at Martin 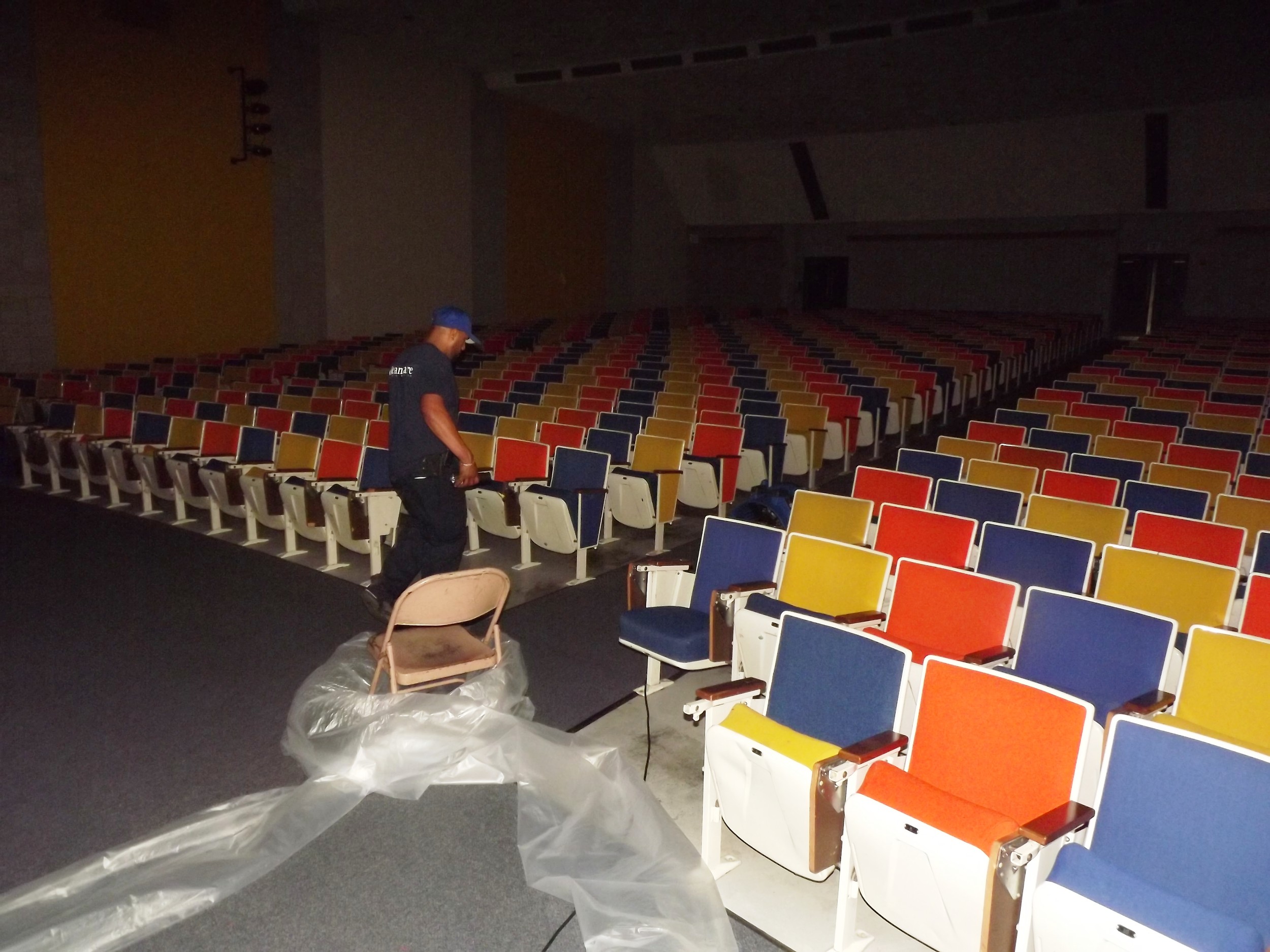 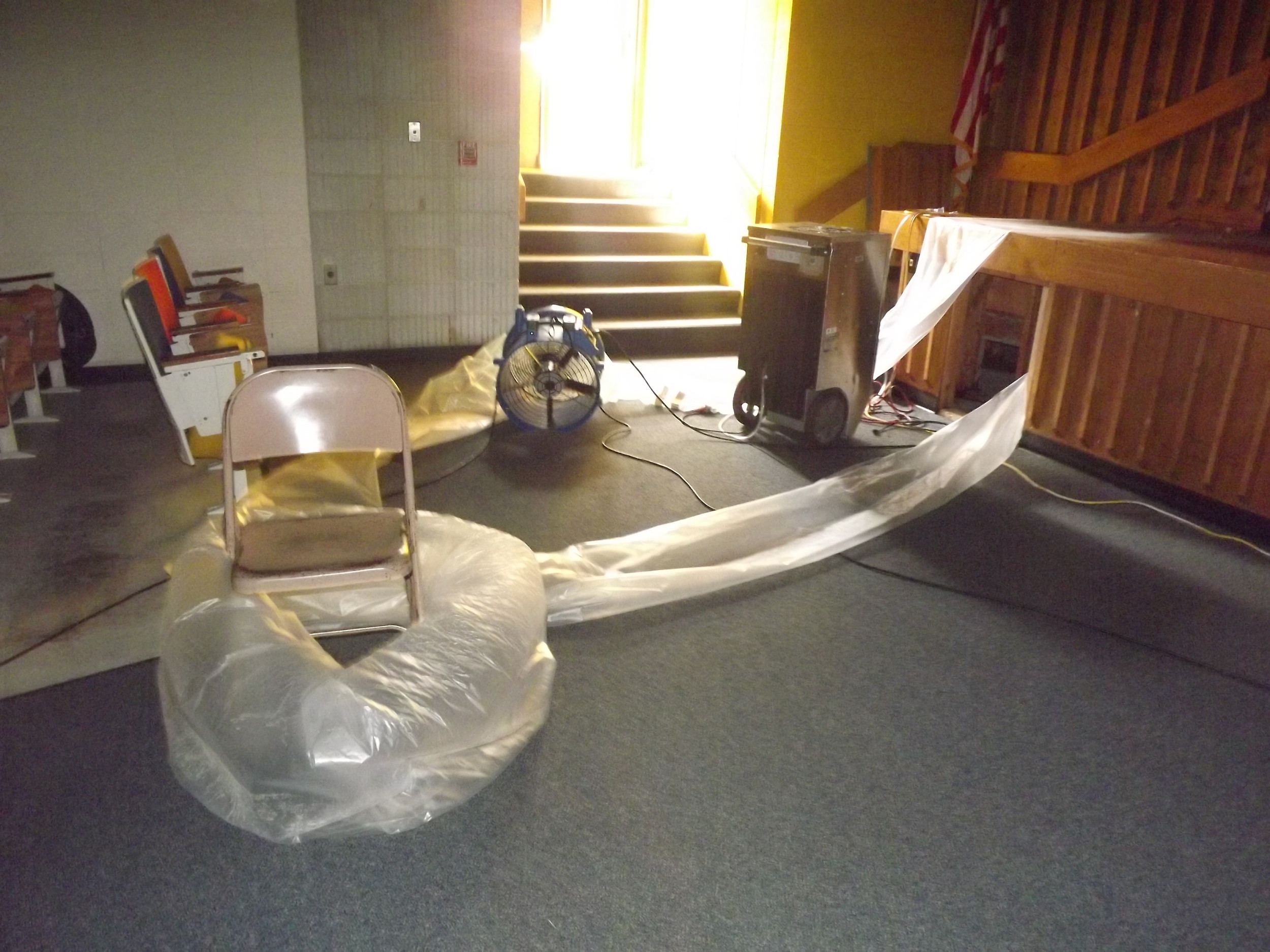 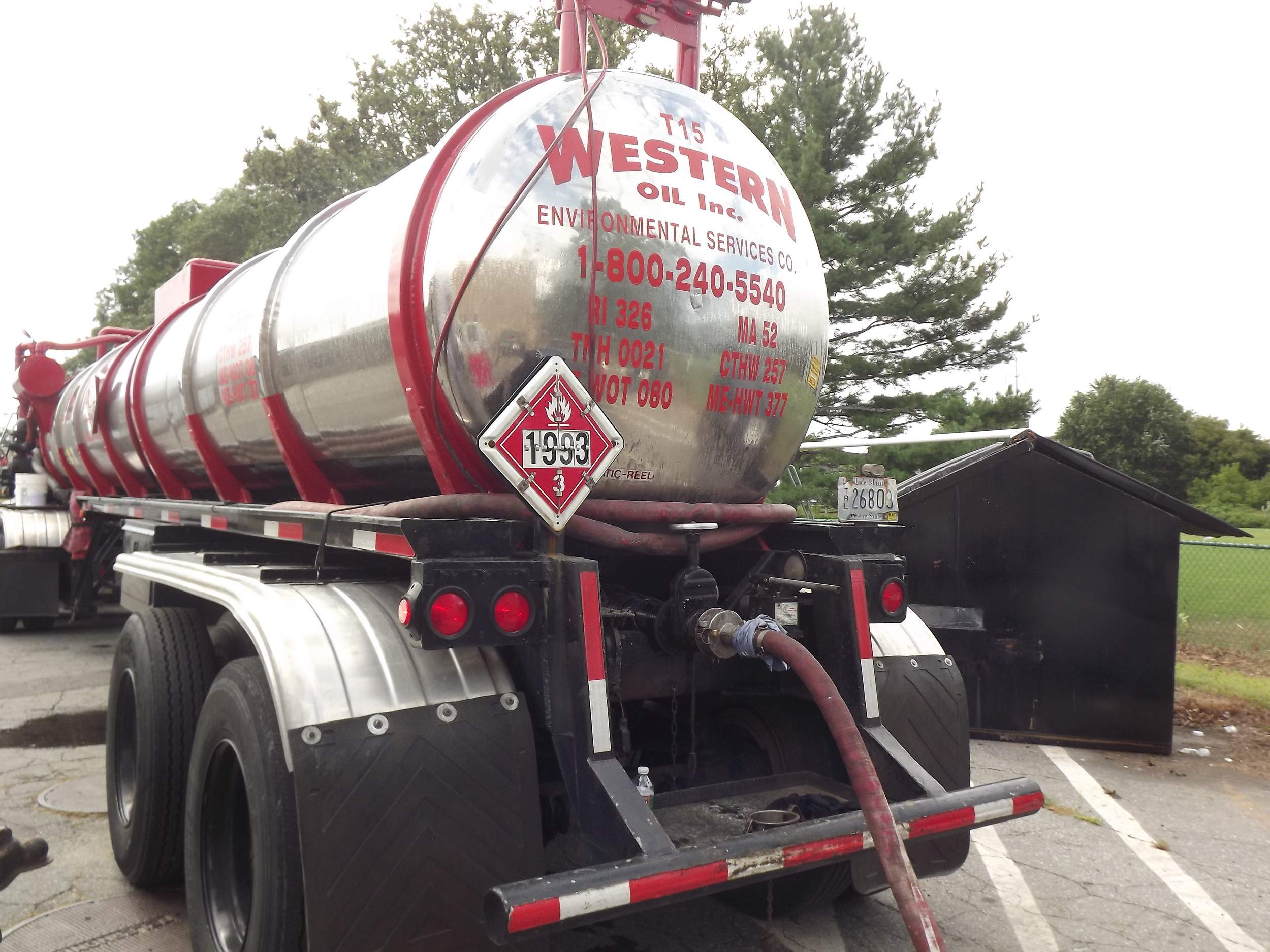 Martin boiler room being pumped out of water and oil mix 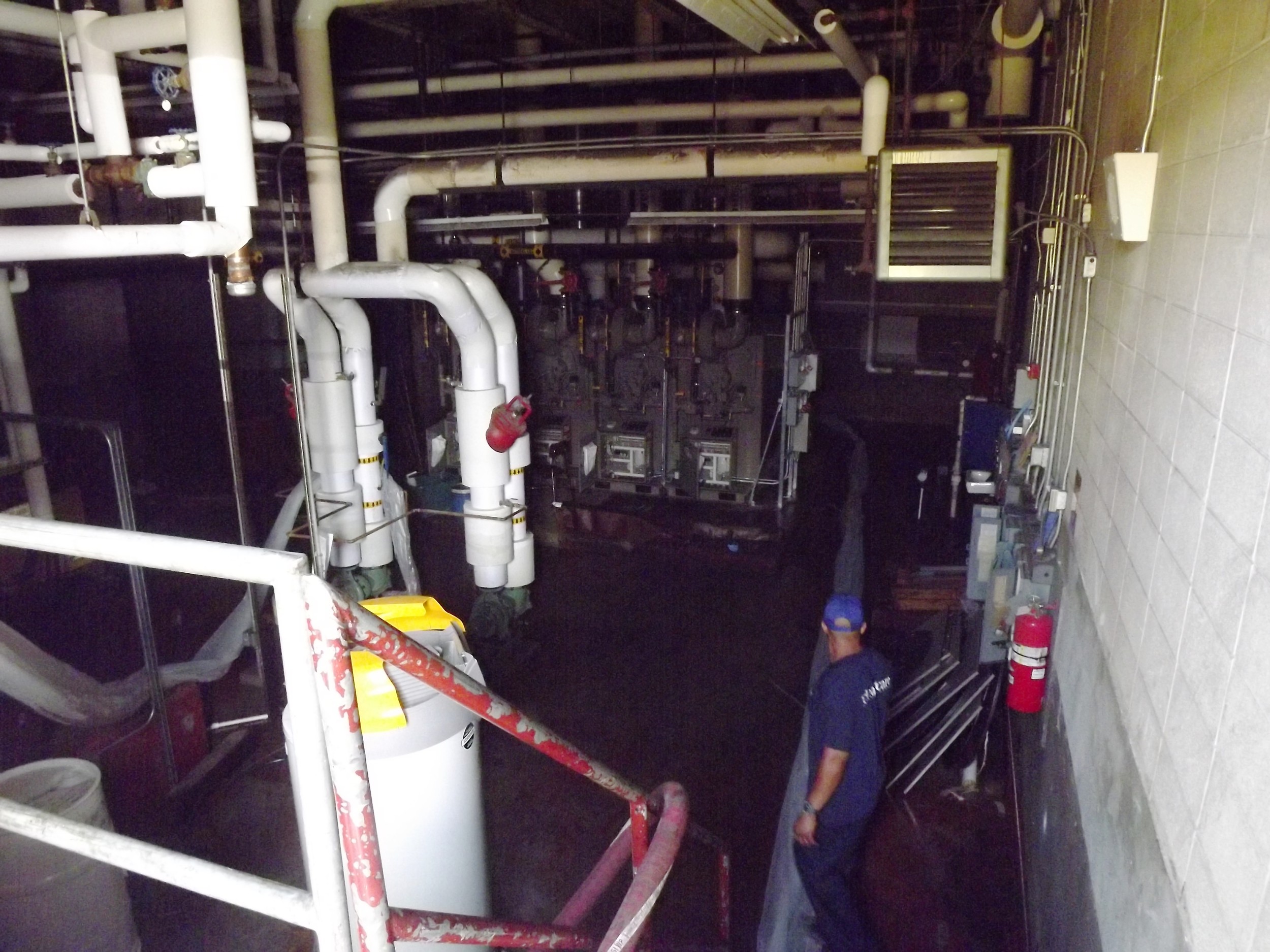 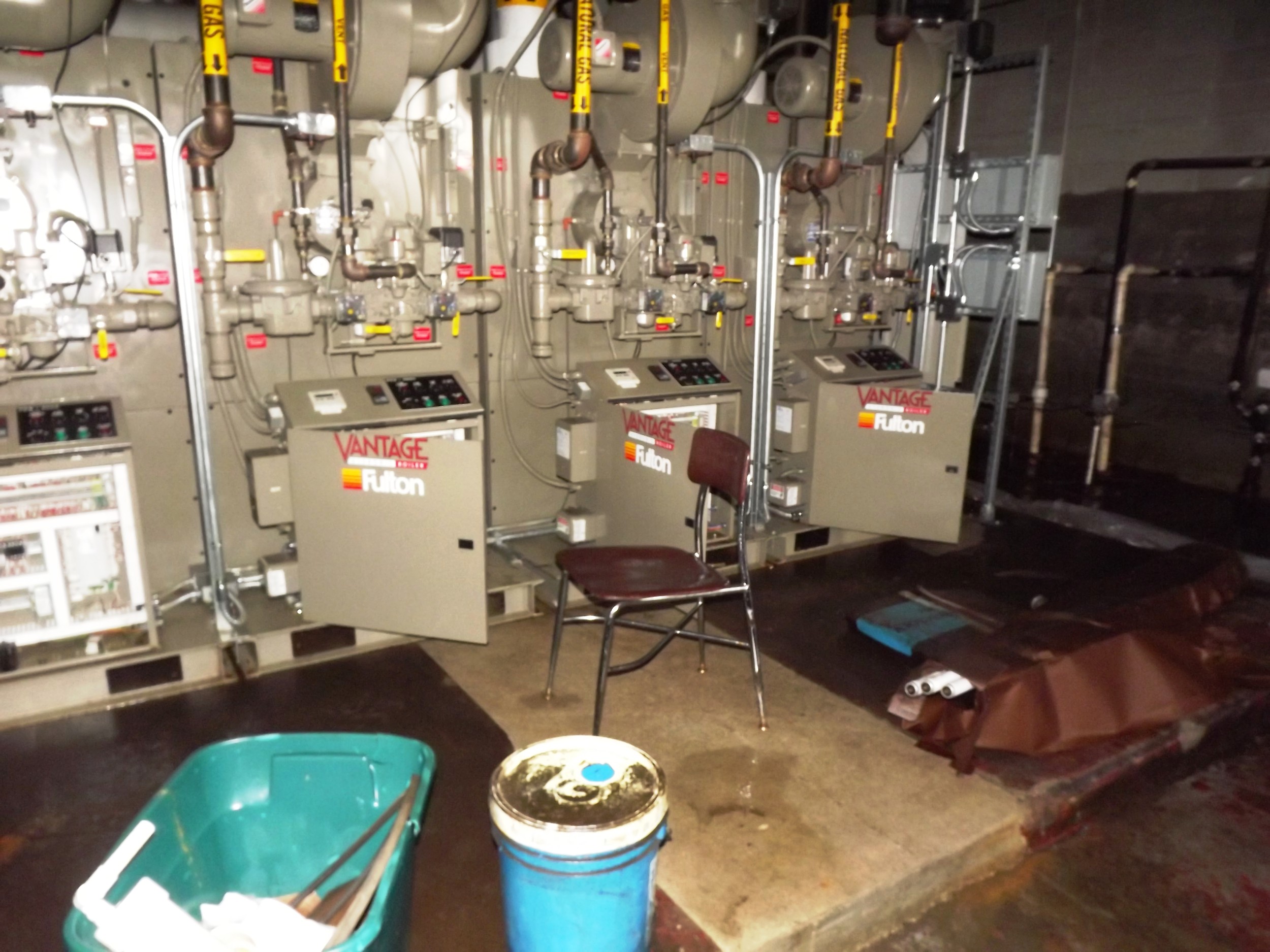 Martin boilers most likely facing total replacement due to flooding 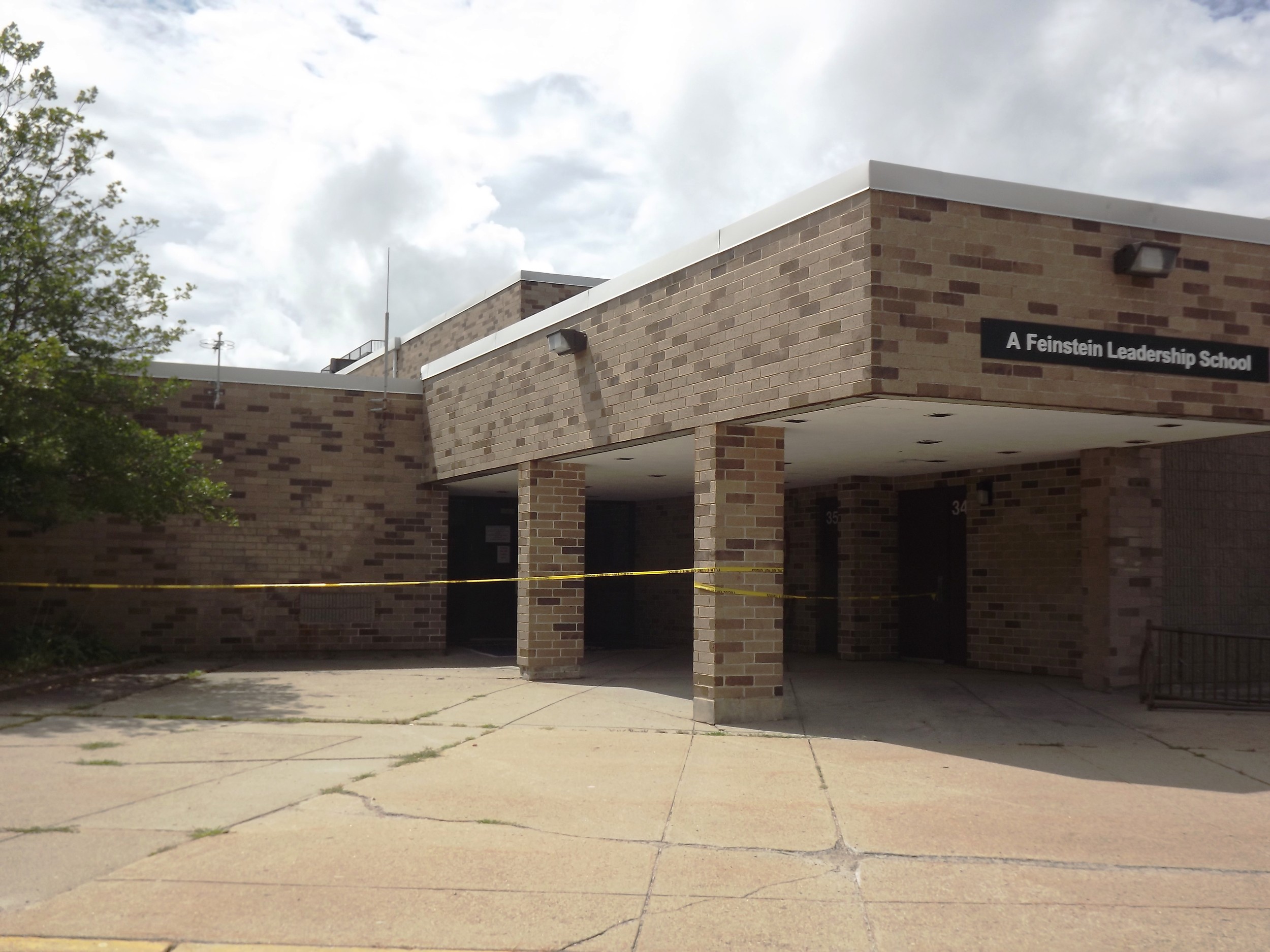 Martin Middle School in East Providence has been hit with a major flood of some 3,500 gallons of water and counting. The water entered the school via a check valve area of the boiler room. The water also has a mix of some ground oil. The oil may be from when the school used to heat by oil. It is now heated by natural gas. "Most likely between Wednesday night and Thursday morning, water got into the boiler area of the school," said school department security coordinator Tony Feola. Water reached as deep as four feet. Most, if not all of the school's water heaters are wrecked and it appears that the school's massive boilers will have to be replaced as well. "Everything below the four foot water line is probably no good," said Feola.

In addition to the water which entered the school there is a sheen of oil in the basement boiler room. The odor of oil is noticeable. Environmental workers and Feola acknowledged that the situation could have been volatile if alarm workers hadn't noticed the flood early Thursday morning. "We could have had a fire or other serious issue with the amount of electrical wires and equipment under water," said workers on the scene.

The cause of the flood is not immediately known but Feola mentioned that work on water lines in the street above Martin had been ongoing. "Water to the building had been shut off for this work and we don't know what happened when it was turned back on," speculated Feola. "It may have had nothing to do with the problem, we're not sure.

Currently the building is closed as all electricity has been shut down as a precaution. Also damaged heavily was the school's lower auditorium area which is nearby the boiler room. "When we removed some panels under the stage water came rushing out like a river," said one worker. All carpeting will have to be replaced and the stage structure will be checked for water damage. The auditoriums approximately 700 seats appeared undamaged. Workers were at a loss to explain how so much water got into the auditorium which is not connected to the boiler room. A worker inspecting the area where water was still coming in said that there was a chance if the flow couldn't be stopped there could be much more water in the boiler room on Saturday.

Fire Chief Oscar Elmasian said that his department responded and made sure all of the school's electrical has been shut down. "We responded and found some four feet of water with lots of electrical units and wiring under water. There was also several inches of water on the auditorium floor," said Elmasian. "If the school has safe electrical and hot water repaired, they can open classes on time," added the Fire Chief.

Feola said that all of the necessary agencies have been at the school since yesterday. He referred to the DEM, health department, police, fire and city officials. "Everyone is working well together. We are covering all the bases," he said. Feola said the the city's insurance company should cover the damages.

Even though school is set to open on September 2nd, officials are not worried about a delay for Martin students and staff. "We don't anticipate any problems with opening school on time," said Feola. "We won't need heat right away and no classroom areas have been impacted by this. The damage is strictly in the boiler room and a part of the auditorium. We should be okay." New Martin principal Sandra Forand was on the scene today surveying the damage but wanted to reserve any comment until more information is gathered from the appropriate agencies and city departments.