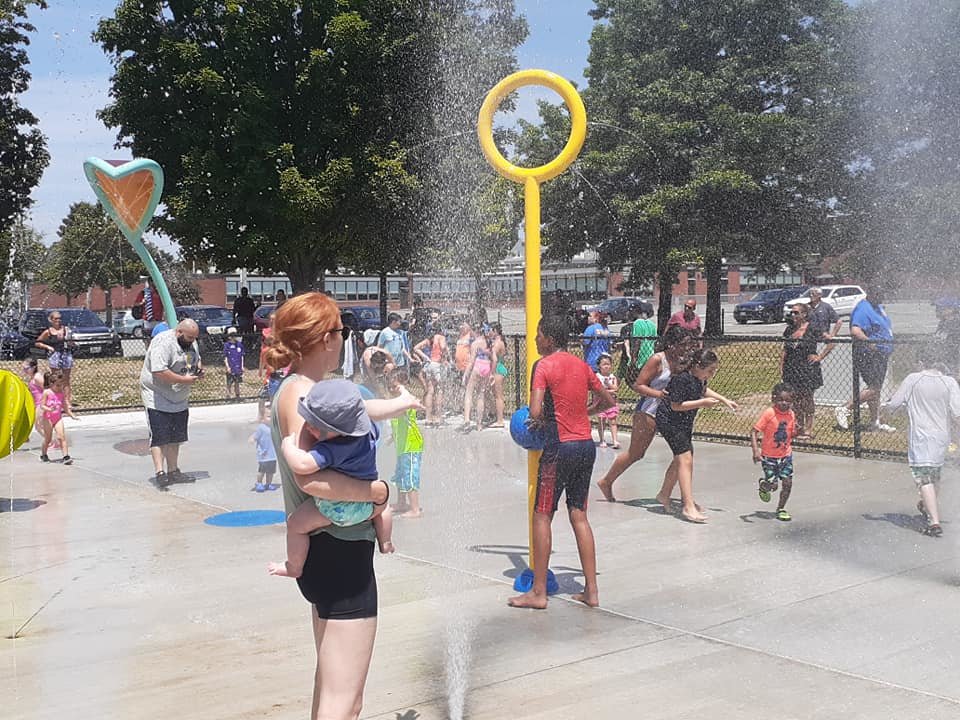 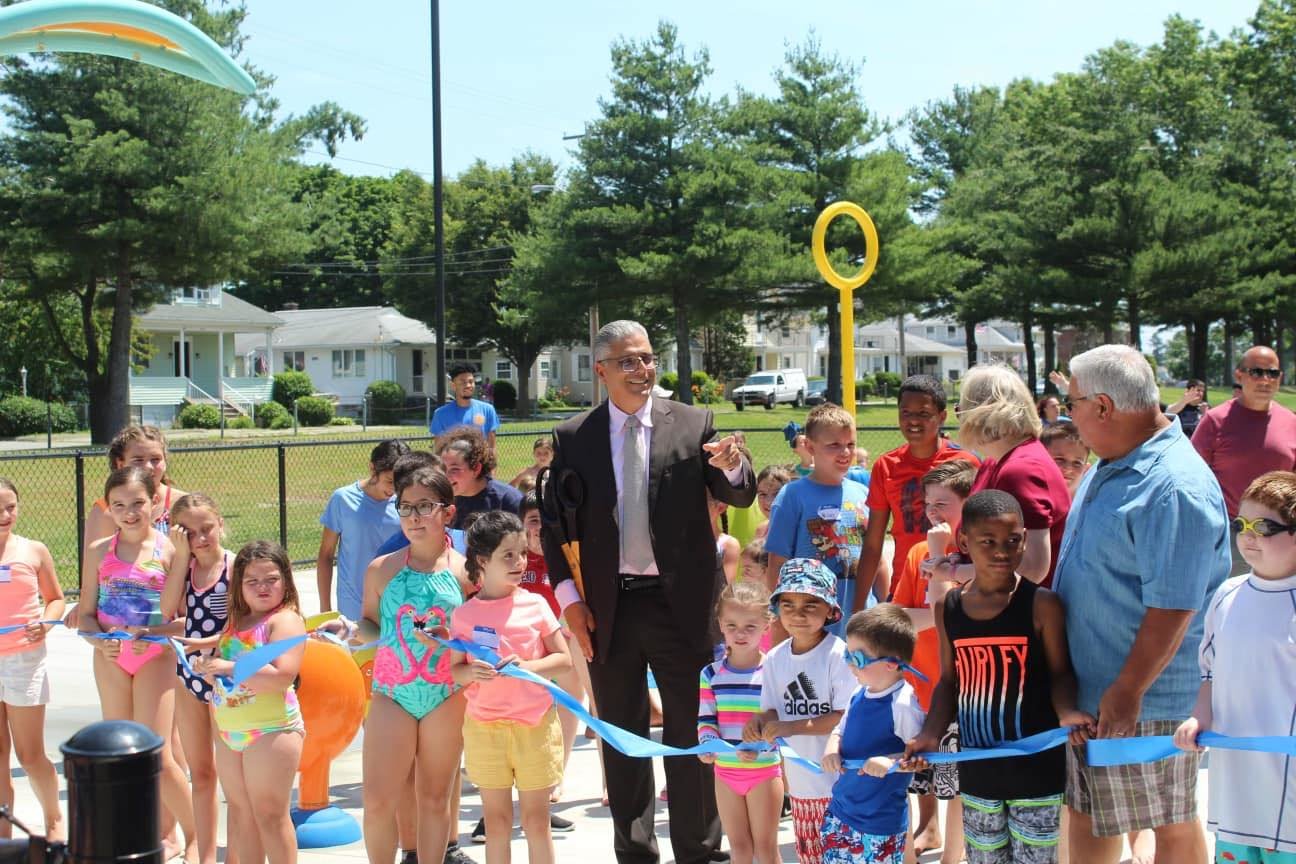 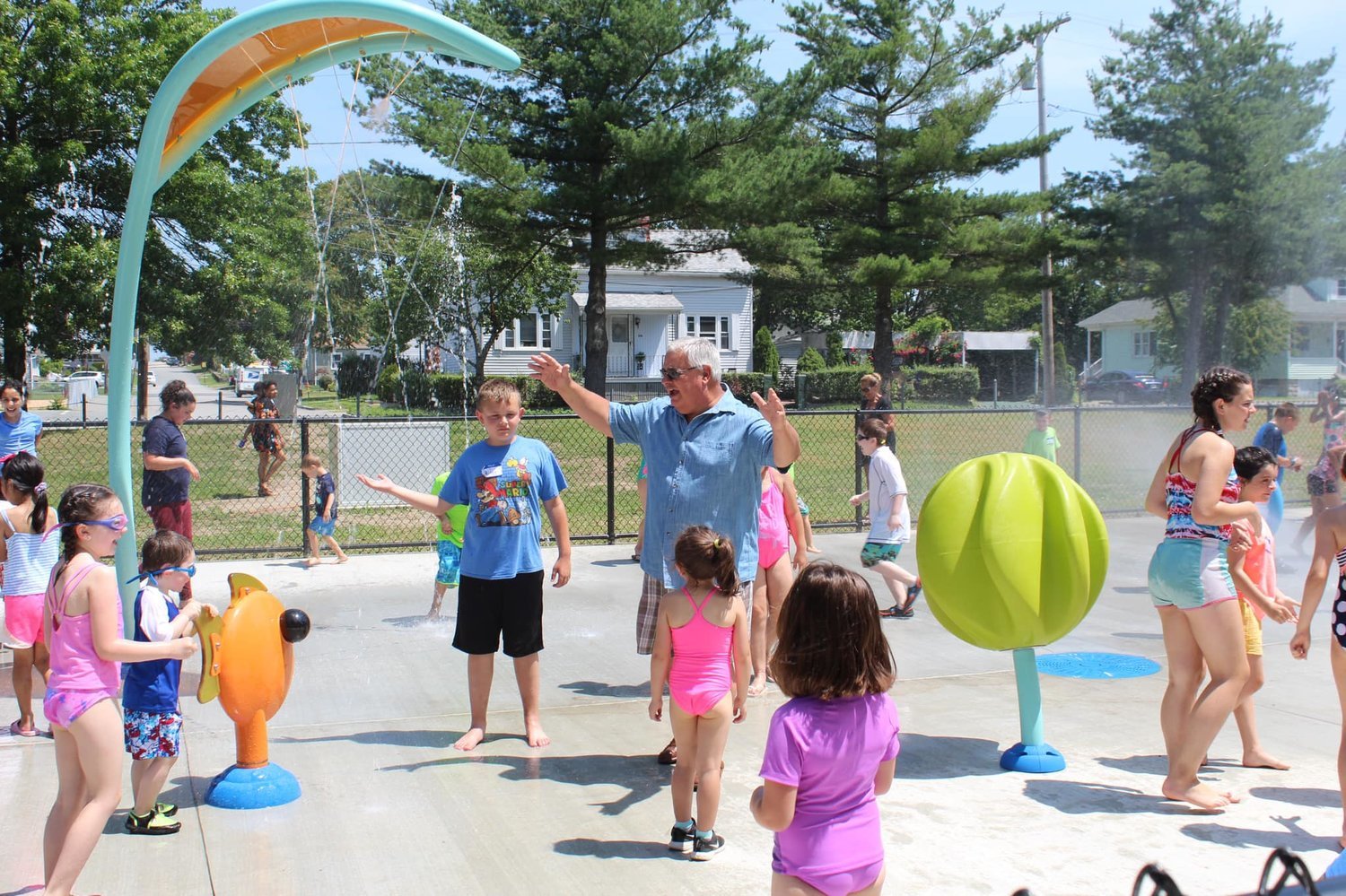 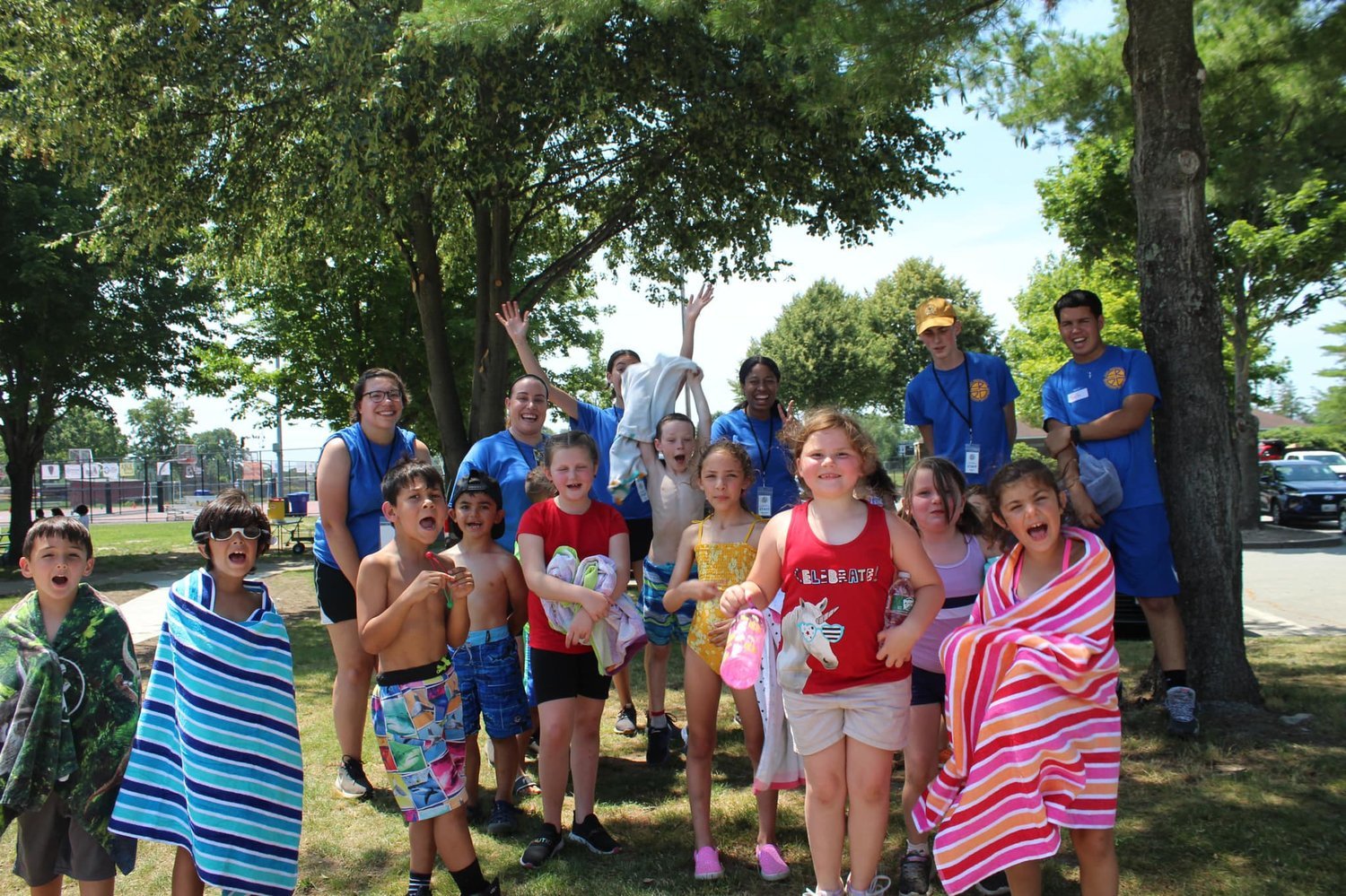 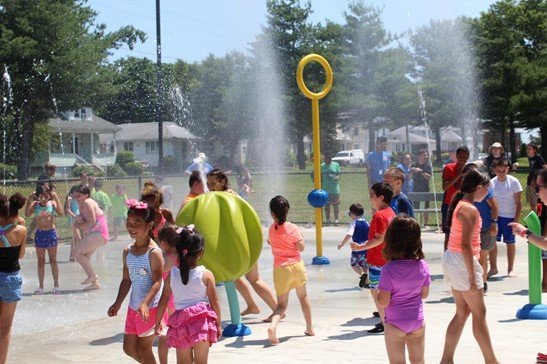 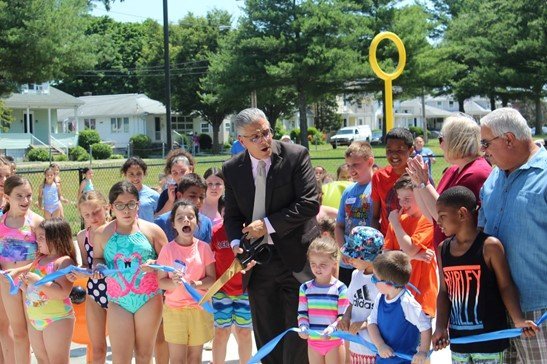 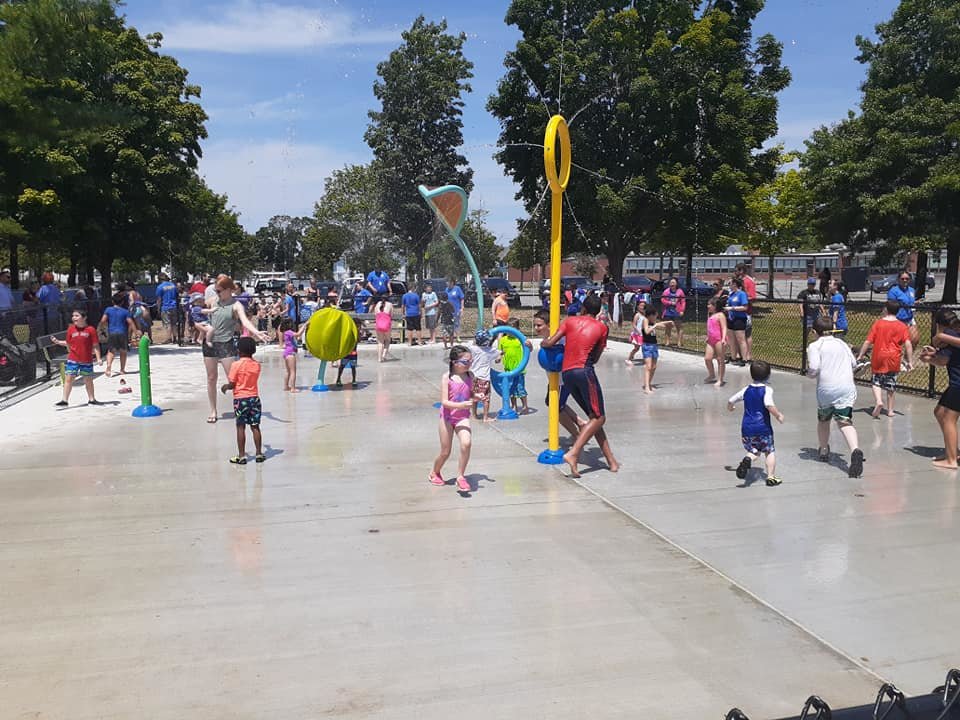 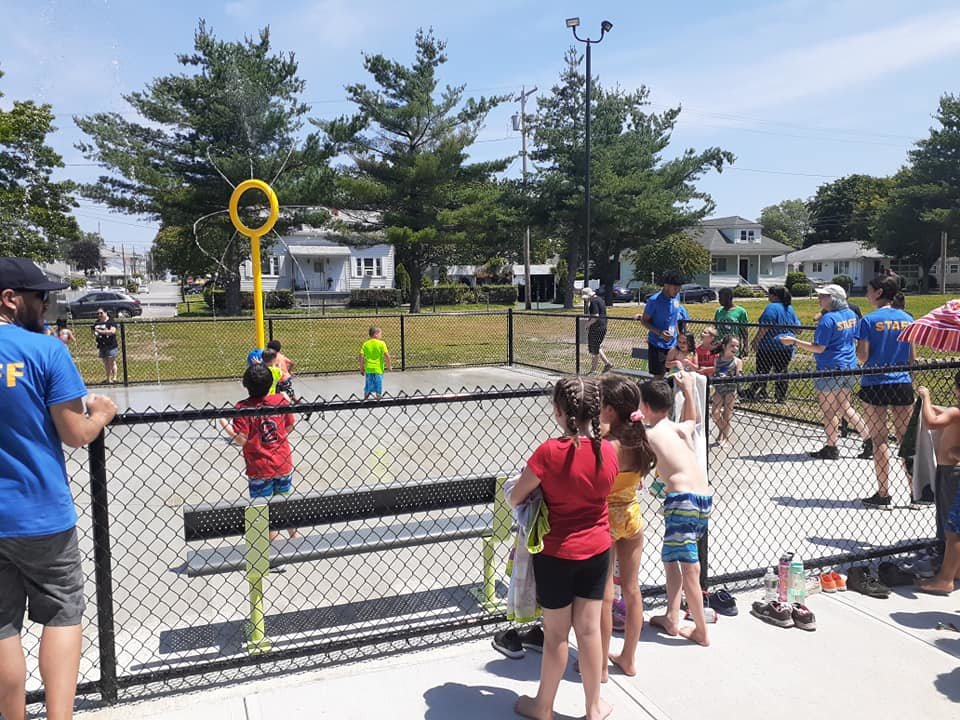 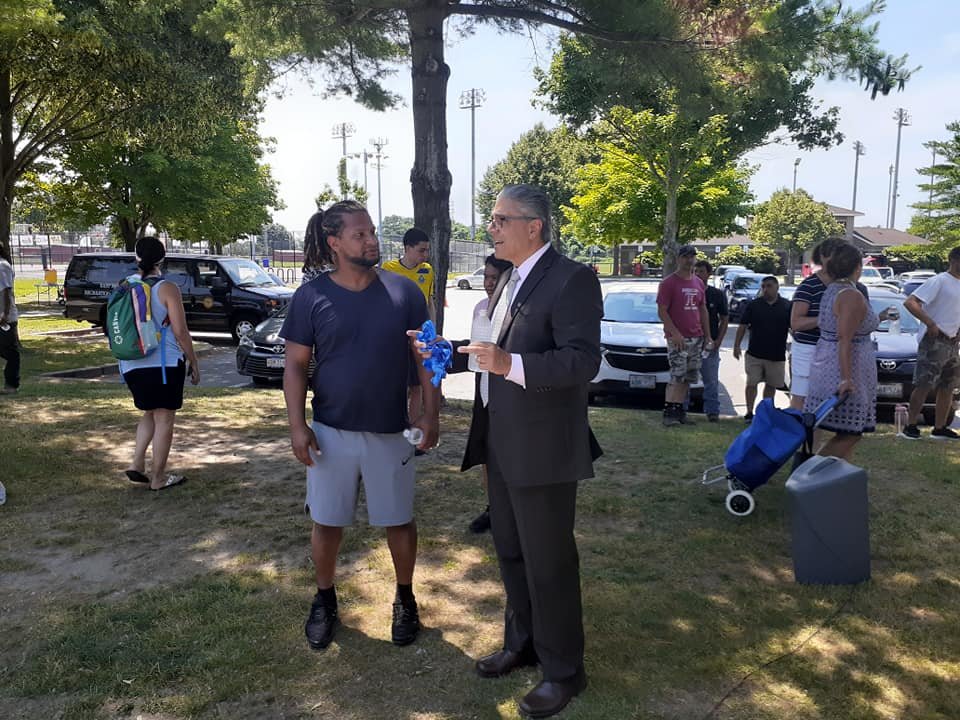 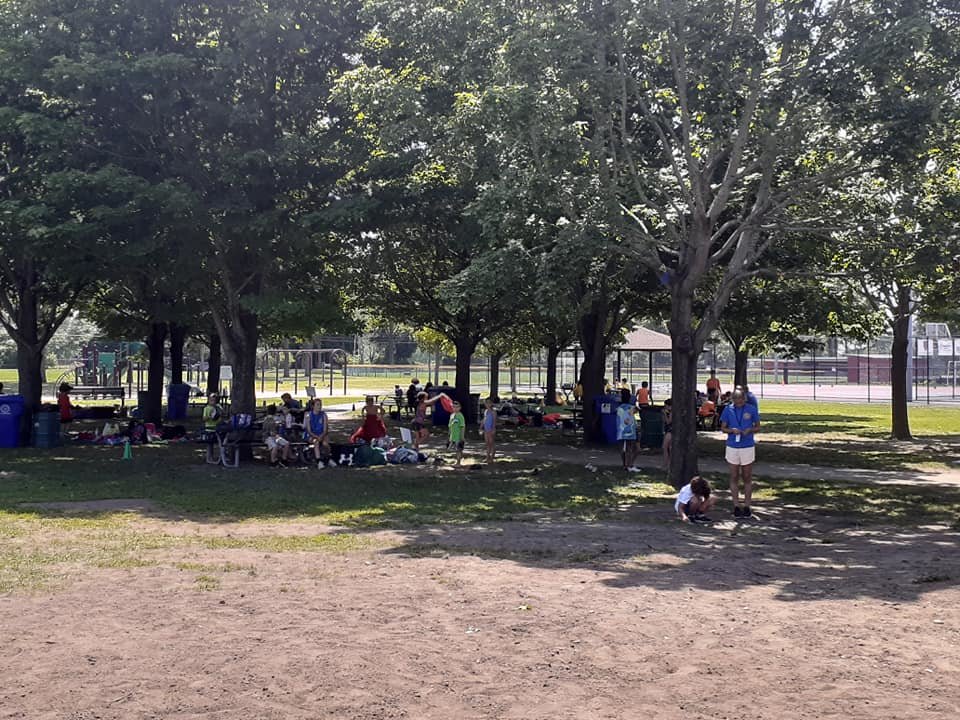 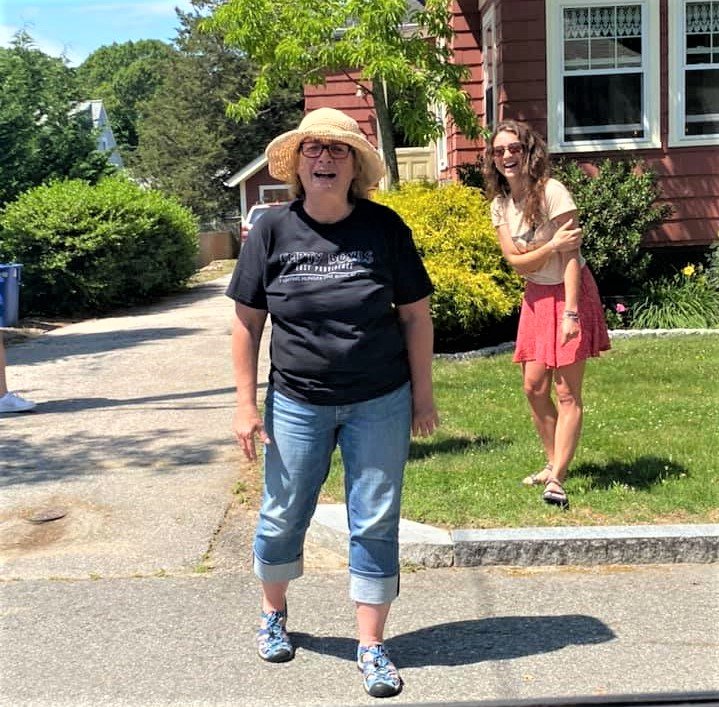 Kathie Gouveia retiring Martin teacher was surprised by a ride by salute of colleagues at her home.
Previous Next
Posted Tuesday, July 6, 2021 1:02 pm

New EPHS financials, schedule goals are met
The City of East Providence and specifically the new East Providence High School (EPHS) building committee, has met all standards and guidelines for maximum reimbursement for the new EPHS on Pawtucket Avenue.  In a press release late last month, Superintendent of Schools Kathryn Crowley and school finance director, Craig Enos announced the expected good news.   “The School Building Authority has completed its review of East Providence's FCI Reevaluation Request and informs you that East Providence is now eligible for the 5% FCI bonus, pursuant to RIGH 16-7-40( e ).  Pending final submission of the Housing Aid forms and compliance with RIGL 16-7-41.1, the East Providence High School projects are on target to qualify for the maximum bonus incentives of 20%, which equates to an additional $30 million in state foundational Housing Aid,” said a RI Department of Education (RIDE) statement.

This means that of the $189.5 million cost to build the new EPHS campus, the total amount the city will be responsible for is approximately $88,667,815.  “This project serves as a model 21st century learning environment that benefits East Providence students and taxpayers,” said Crowley.

“I am ecstatic with the final word on this,” Crowley told the Reporter.  “This is great news for the residents of East Providence.  A beautiful new high school campus for $190 million at a cost of $89 million is a tremendous deal.  The future of East Providence is well served.  I thank the residents for their support of the bond issue and of educational needs for our students,” she said.  “In addition, the good bond interest rate that the city has received is more good news.”

The City moved fast after the bond issue was approved some two years ago.  “The project has remained on schedule and on or ahead of budget,” said an equally enthusiastic School Committee Chairman, Joel Monteiro.  Monteiro and city councilman Nate Cahoon also chair the building committee in charge of the construction and finance overall process.  School, state and city officials marvel at the progress made in a short period of time.  “The public voted by a large margin for this in 2018 and here we are, ready to start classes in September 2021,” said school board Chair, Joel Monteiro.  “We’ve been officially told by the state that we have reached all incentives and exceeded all guidelines to receive the maximum funding possible.  We really wanted this in writing and now we have it,” said Monteiro.

“When RIDE came in for their first inspection, they were more than satisfied.  Many believed that they were looking at the best school in New England,” said Monteiro.  Building committee co-chair and now city councilman Nate Cahoon was equally impressed.  “I never doubted the outcome.  The group including Gilbane, the Peregrine Group and the architects worked almost weekly with our community-based building committee to ensure a successful process,” added Cahoon.

Officials noted that the “old” school will be officially turned over to Gilbane on July 1st and demolition will began shortly thereafter.  At the same time, new furniture and equipment will be arriving at the new campus.  “Some things from the old school were kept and all other city principals visited the school and requested some of the items no longer being used by the high school,” explained Monteiro.  The first demolition will involve tearing down the 23-year-old addition.  After properly abating contaminants in the original building, the entire school will be razed.  “We have a lot of work yet to do but it’s refreshing to know that we are under budget and on time,” both Monteiro and Cahoon stated.  Amazingly, the project continued on schedule, even in face of a global pandemic with building materials and workers hard to come by.  “Truly amazing,” said Kathryn Crowley.

Police Recruitment gets Council Attention
The city council agreed to first passage of an ordinance which removes the requirement that police officer applicants must have at least 60 credit hours of college education in order to apply to the department.  East Providence, like many other departments across the nation, is having difficulty recruiting applicants.  Police Chief William Nebus, police recruiting Captain Floyd Gardiner, city Affirmative Action Director, Elmer Pina were among others recommending this change.  “Even the RI State Police are less restrictive in their hiring policies,” added Director of Administration Napoleon Gonsalves.  “We no longer get many applicant,” said Chief Nebus.  “We recently lost out on an applicant, who was the class valedictorian of the RI police academy, because she was a few credits short of the 60 requirement,” Nebus added.   New police recruits will still have a probationary period and must pass extensive background checks.  The first passage was approved unanimously.

East Providence library receives $100K Champlin Grant
The City of East Providence Public Library has received a $100,000 grant award from The Champlin Foundation, one of the oldest philanthropic nonprofit organizations in Rhode Island.

“The Champlin Foundation is pleased to provide grant funding to the East Providence Public Library to help this important institution advance its vital mission,” the Foundation stated. “Champlin Foundation grants are awarded on a competitive basis and our grant to the East Providence Public Library is a reflection of our confidence in the organization’s ability to improve the lives of Rhode Islanders in significant ways.”

“We are so thankful for the generosity shown by The Champlin Foundation, an organization which has always been so responsive to the capital needs of so many communities including ours,” Mayor DaSilva said. “These funds will go a long way in the replacement of a fire protection system at Weaver library that had suffered corrosion over the years.”  The project will be funded with the $100,000 from Champlin and $197,000 in capital funds.

“With Champlin’s generosity, the East Providence Public Library will now have a fire sprinkler system that will keep the library patrons and library staff safe for decades to come,” East Providence Library Director Joyce May said.

EP library receives 2021 LORI Grant; expands children’s culinary program
The City of East Providence Public Library, along with 15 other libraries, has received a Library of Rhode Island (LORI) grant award for its Kitchen Inspiration Program Charlie Cart Project. This project is made possible in part by the grant from the Rhode Island Office of Library and Information Services (OLIS). The grants are supported through the Institute of Museum and Library Services (IMLS) using funds from the Institute of Museum and Library Services.

“We are thrilled to learn that East Providence Public Library is a recipient of this grant award and we are grateful to the Rhode Island Office of Library and Information Services and the LORI grant program for providing the support needed to expand Fuller’s food access and nutrition education programs,” Mayor Bob DaSilva said.

At the core of the program is the Charlie Cart Project, a program that educates children about affordable and healthy food choices and provides cooking and nutrition lessons for children and adults. The actual Charlie Cart features small appliances and kitchen equipment, which engages the children.

“Hands-on cooking lessons offer opportunities to educate on a range of topics, from health and nutrition to life and academic skills,” Director May said. “Most importantly, cooking and eating bring people together through a shared activity and cooking is fun!”

This summer, meals will be available for all children enrolled in the Pierce Field day camp from June 28 – August 6, 2021. For more information, contact East Providence at 401-435-7511.

Each year, the U.S. Department of Agriculture partners with local organizations like East Providence Recreation to provide free meals to children when school is out for the summer. For more information about the national Summer Food Service Program, visit http://www.fns.usda.gov/cnd/summer. For more information on summer feeding sites near you including locations and serving times around the state, contact the United Way by dialing 211.  Meals will be available to all enrolled children, free of charge.  Any child under age 18 may come to eat.  For more information, contact East Providence Recreation at 401-435-7511.

The East Providence Local Advisory Committee 2021 Annual Awards are in:

City opens second splash pad at Pierce
The thermometer during the last days in June was oppressive as East Providence opened its second and newest splash pad at Pierce Stadium to rave reviews on June 28th.  The pad was funded mostly by a RIDEM recreation grant with minimal city funding.  City DPW Highway and Parks were busy installing ADA accessible sidewalks to the pad and other amenities.  The splash pad at Pierce will be open every day from 11:00 am to 7:00 PM each day.  The pad at Onna Moniz Park at Central Avenue is open daily from 11:00 am to 6:00 pm.  Mayor Bob DaSilva said he is hoping to someday open a third park for the city in the Riverside area.  Pierce Stadium is home to East Providence’s summer camp with scores of kids attending each day.  “It’s (Pierce) a perfect location said councilman Bob Rodericks.  “Hopefully more DEM grant funding will become available for a park in Riverside next.”

(The news items in this edition were mostly supplied by Bob Rodericks, a city council-at-large member.  He can be contacted at bobrodericks@gmail.com for further clarification, if needed.)