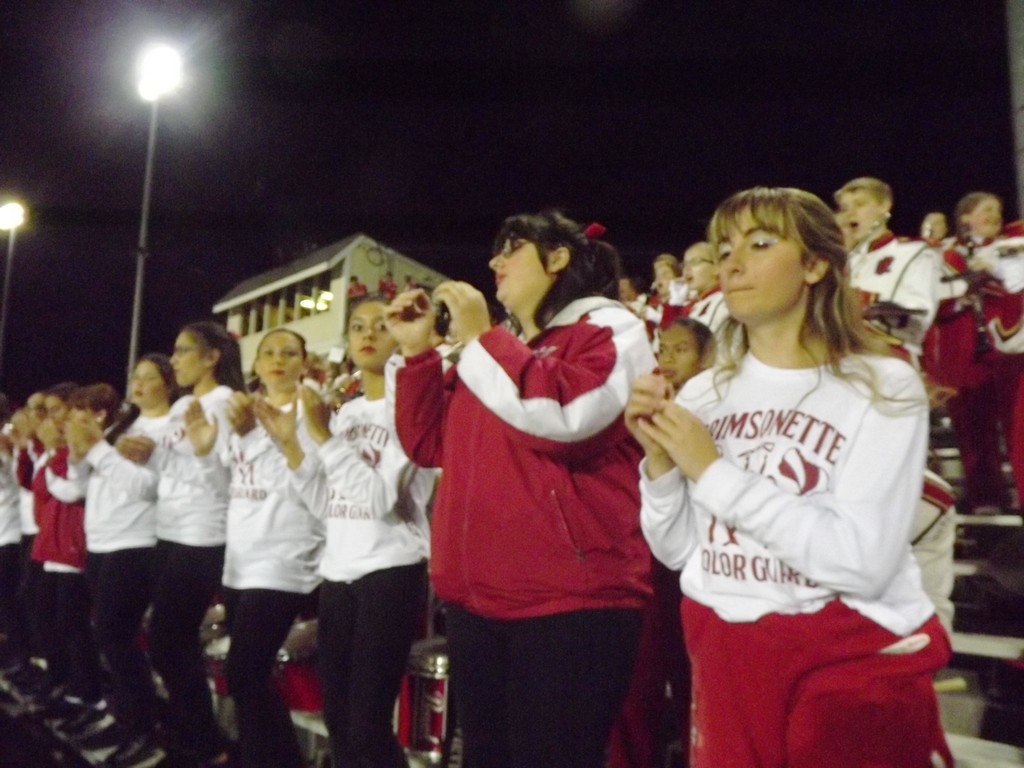 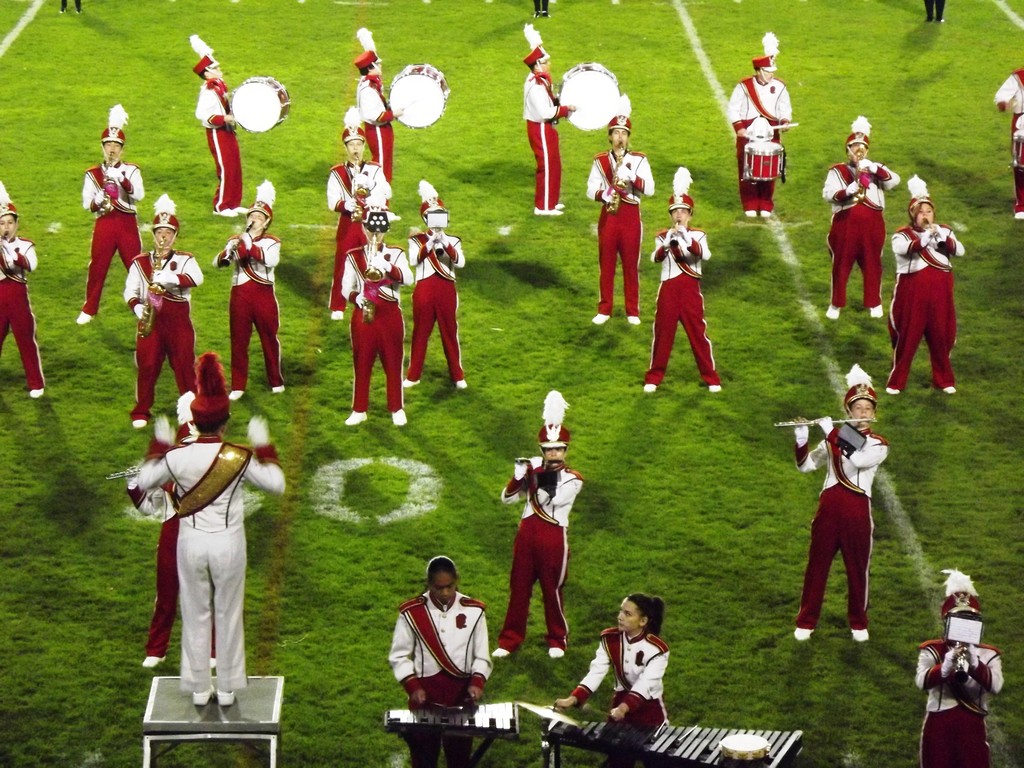 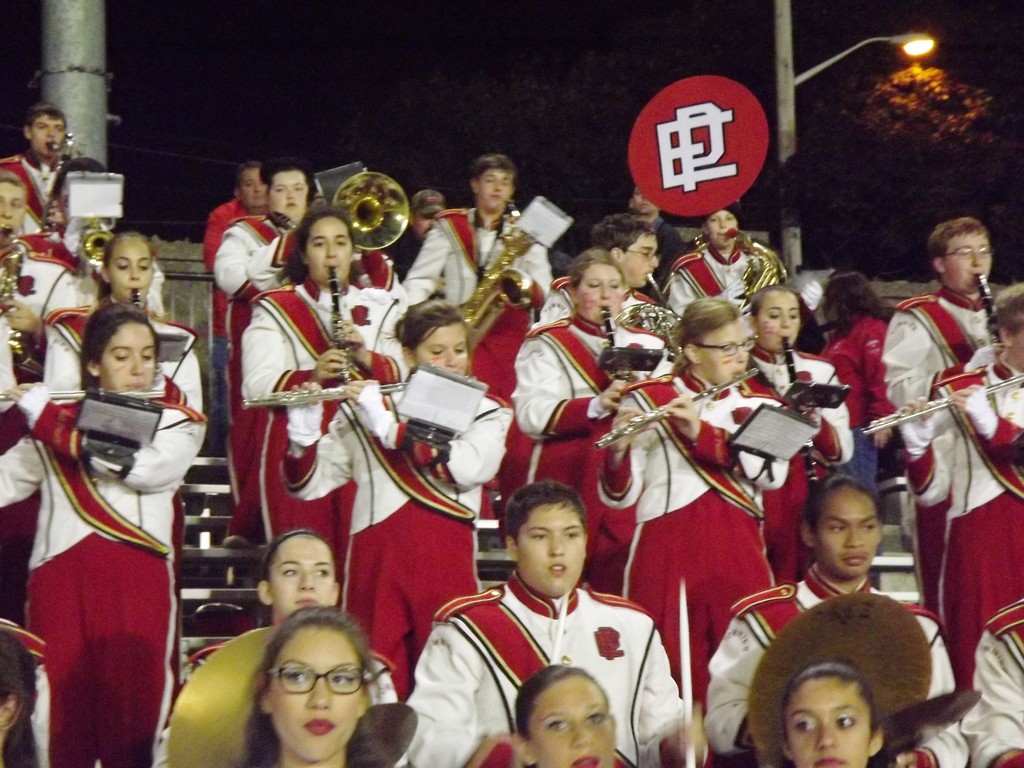 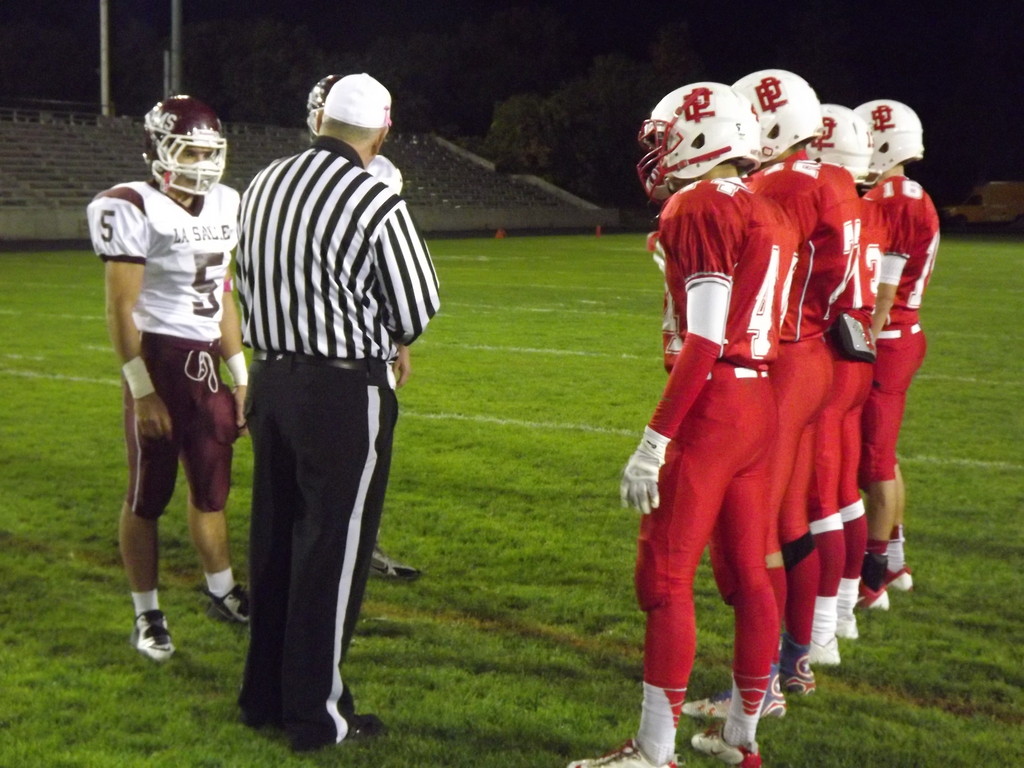 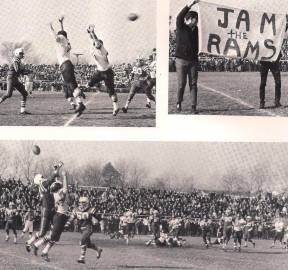 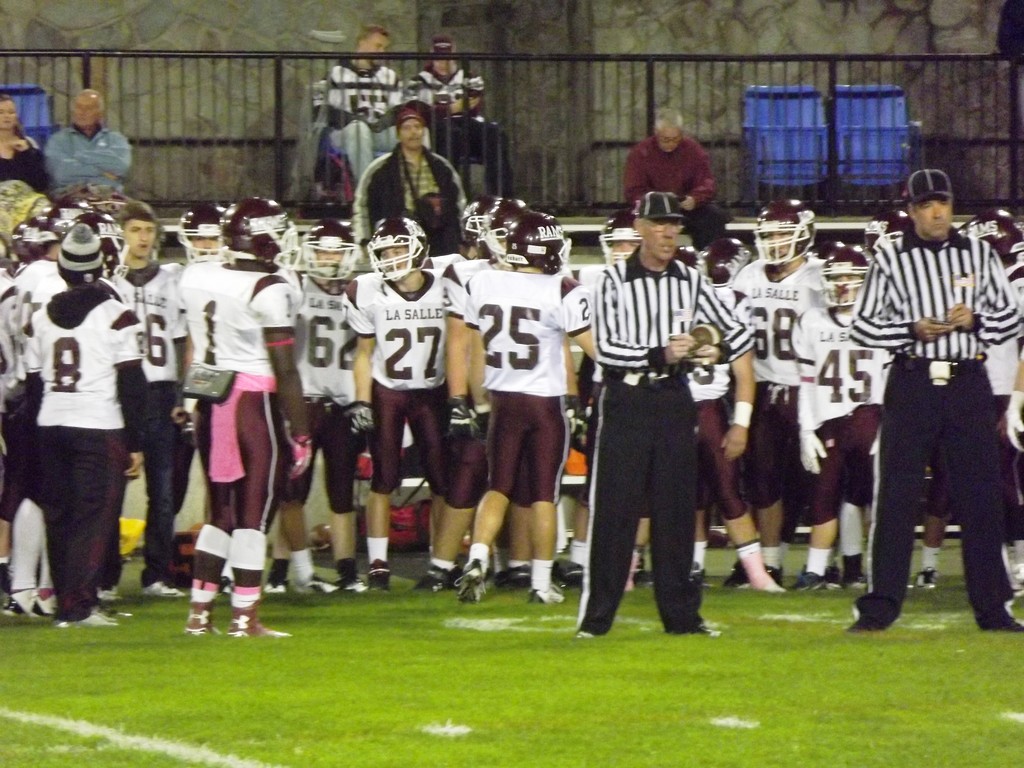 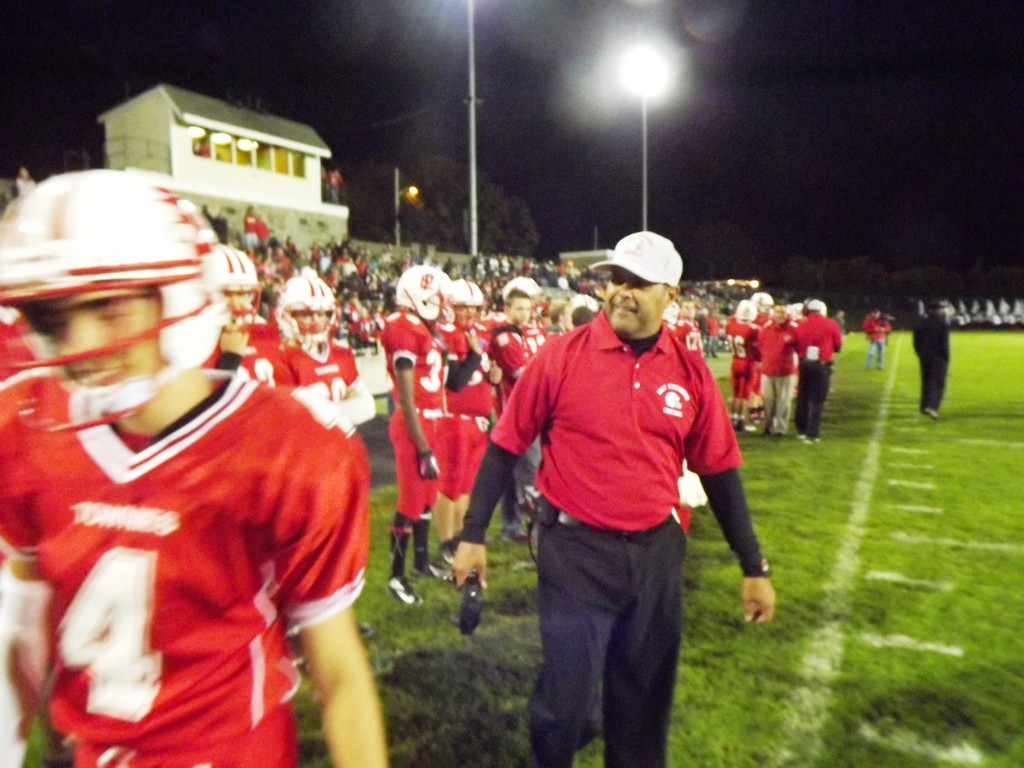 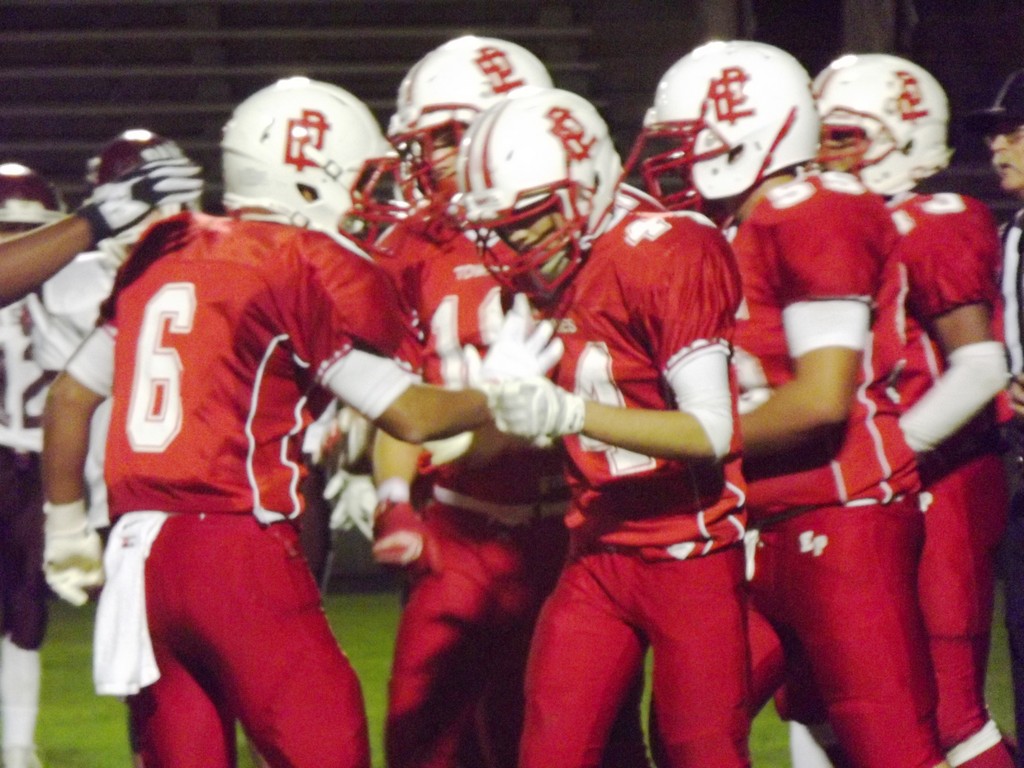 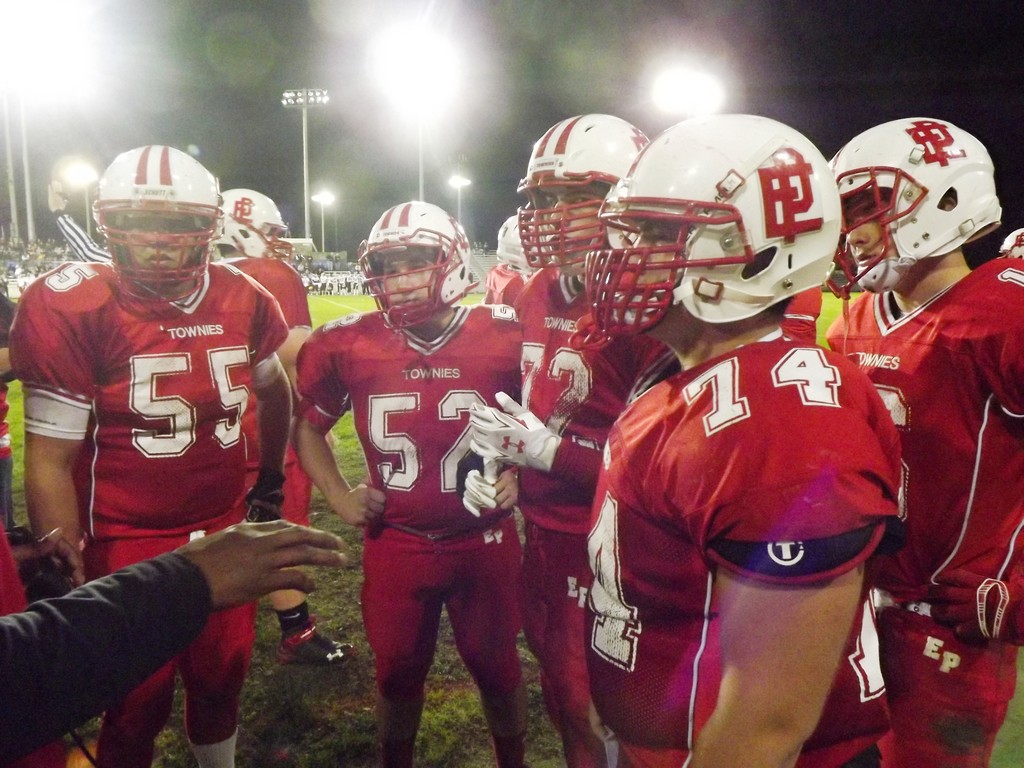 For the first time in the 86 year storied history of the East Providence - LaSalle rivalry, the two teams didn't play on Thanksgiving. Before the game, long time observers didn't know what to predict regarding fan attendance. Would devotees of both schools plan on attending Friday night's game as well as Thanksgiving Day? As it turned out, Townie fans turned out in big numbers. The East Providence side of Pierce Stadium was practically filled with just a small area at the far end of the South end zone empty. "It was a near Thanksgiving Day crowd," mused Pierce Field Manager Joe Medeiros as he surveyed the crowd. On the visitor's side the LaSalle fan attendance was much smaller. The small turnout of Ram fans may have been due to their feeling of confidence as they are having a strong year while the Townies are struggling.

The new format is aimed at player safety in the league's eyes. There can be 3 games in 10 days around Thanksgiving with playoffs. "During the regular and post football season no football player is allowed to participate in more than 90 minutes of full contact during the week," said the league statement. "Only East Providence and LaSalle disagreed with this format. The rest of the league's Athletic Directors approved. They don't have the tradition that we have. It could mean the end of the LaSalle-EP Thanksgiving Day game as we know it," said East Providence Athletic Director, Bob Duarte. "They could have made other arrangements," Duarte added. The state's longest standing rivalry on Thanksgiving officially began in 1929. Although the two schools started turkey day play in 1927 (EP won 6-0), there was no game in 1928 and the league “started” in 1929 with a LaSalle 19-6 win. Unlike many of the other high school Thanksgiving Day rivalries in Rhode Island, the EP-LaSalle game often has direct impact on the state championship playoff system. Turkey Day may take on a whole new meaning in East Providence.