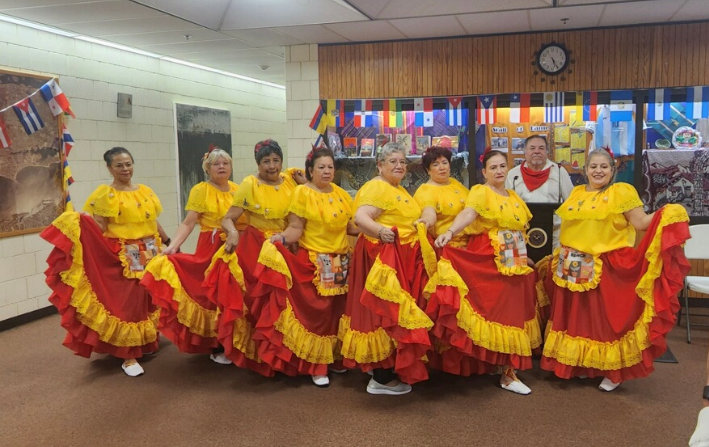 (Above) Members of Progresso Latino’s own PLATINUM group, pantomimed a wedding ceremony and celebration by using expressions on the face and movements of the body instead of words. 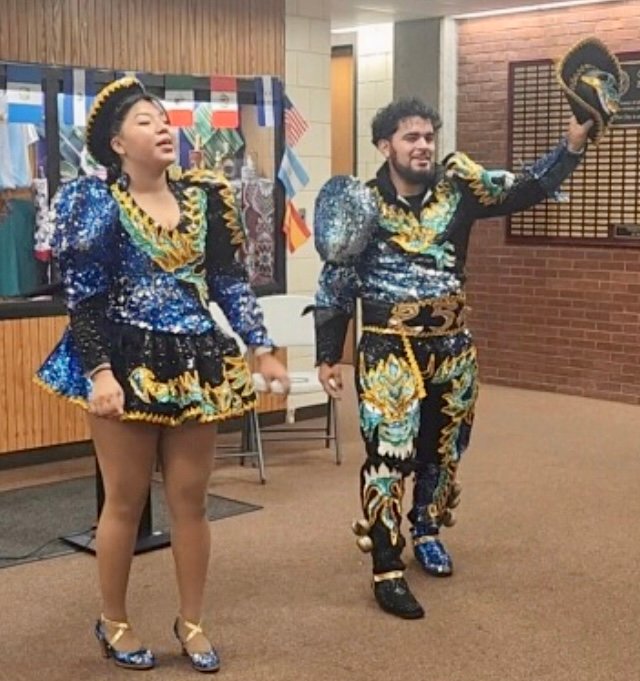 The City has hosted its first-ever celebration in honor of Hispanic Heritage Month. The event took place October 5, 2022 at East Providence City Hall.

Hispanic Heritage Month is celebrated from September 15, the anniversary of the Declaration of Independence of Central America, until October 15, after Columbus Day, known as Day of the Race to Hispanic countries. Within this time frame, a majority of former Spanish colonies in Latin America celebrate their respective Independence Days.

“It is important to recognize the diversity of our community, bring awareness their traditions and celebrate the culture,” Mayor Bob DaSilva said. “This may have been the first Hispanic Heritage event, but it will certainly not be the last.”

With the City seeing a growing population of Hispanic residents, city staff worked towards an event highlighting Hispanic culture in efforts to lay the groundwork for annual Hispanic Heritage celebrations in East Providence.

The City worked with local organization Progresso Latino, a nonprofit dedicated to helping Latino and immigrant communities achieve self-sufficiency and economic progress through a variety of programs. Thanks to Progresso Latino, attendees were able to enjoy a few words from guest speaker Dilenia Cruz, expressing the organization’s eagerness to work with East Providence officials on future events.

The event featured performances by Progresso Latino’s own PLATINUM group, who pantomimed a wedding ceremony and celebration by using expressions on the face and movements of the body instead of words. The second was a traditional set from two dancers of the group Fraternidad Folklorico Boliviano.