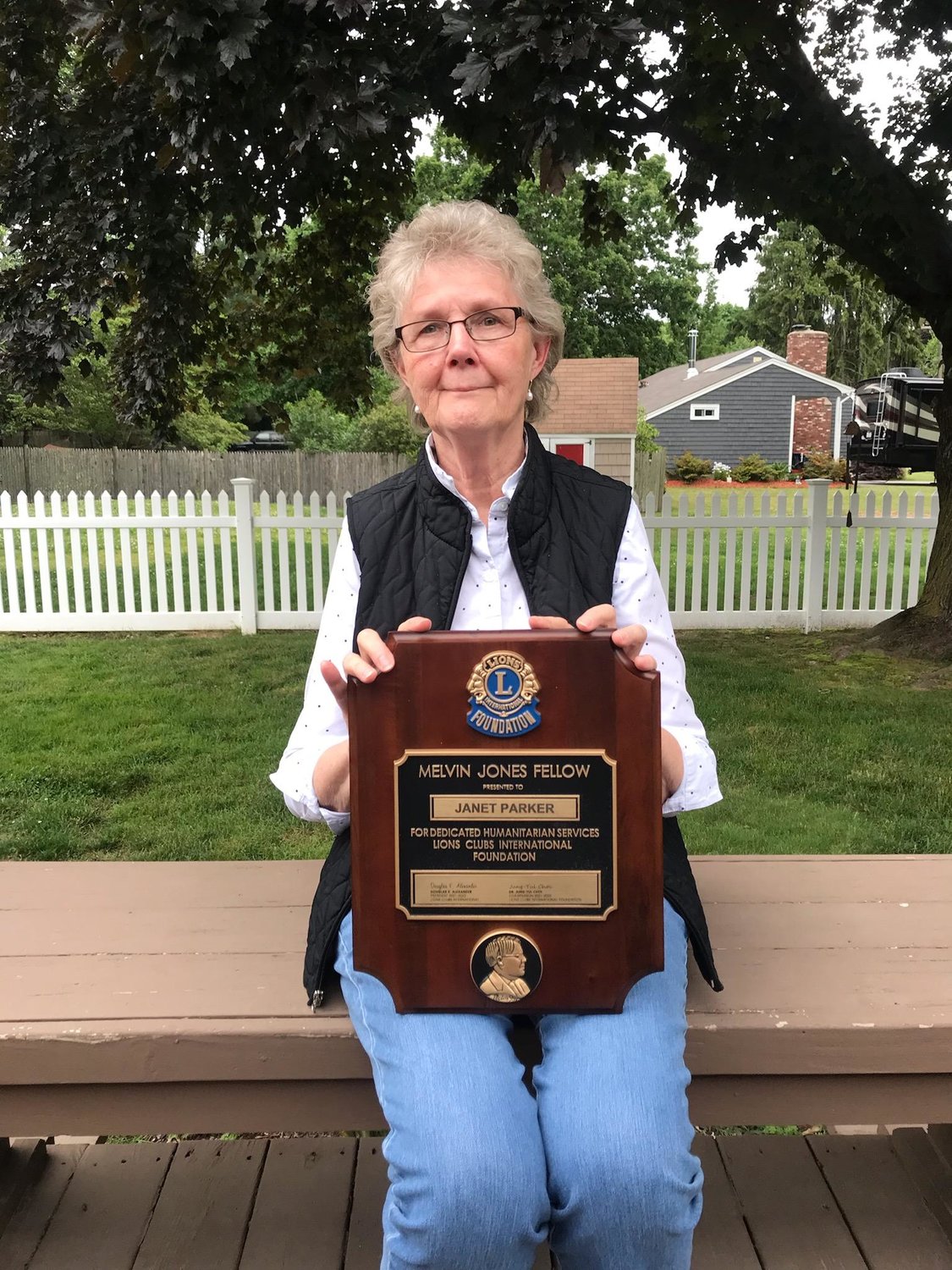 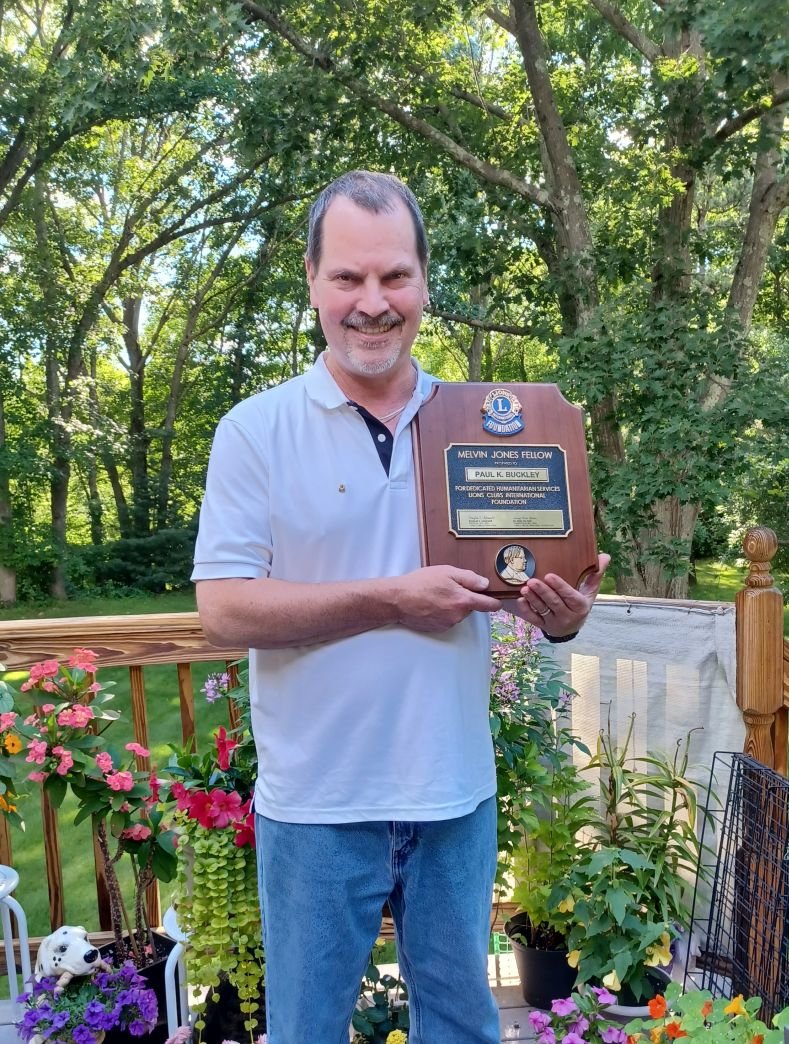 Hello everybody. During their annual meeting in June, the Seekonk Lions whole-heartedly handed out awards to two local recipients. This is the highest award given by a local Lions club to a fellow lion.

The Melvin Jones award, initiated in 1973 and named after Lions Club founder Melvin Jones, recognizes outstanding local individuals worldwide for their recognition and embodiment of humanitarian ideas consistent with the nature and purpose of Lionism. The Seekonk Lions in their 64 years have recognized 30 members, previously with this award

The beneficiary of the first award went to a non-lion. Jan Parker received the award for the many years work/service she has given to the town of Seekonk. She is the second non-lion to receive this award. The first being Frank Mooney, High School Track Coach & Teacher was the other.

Jan was recognized for her years of work as the Seekonk Town Clerk, being a founding and supporting member of the charity Save A Pet, and of course as a friend of the Lions Club, assisting the club whenever she was asked. The Annual September 11th ceremony and Seekonk’s 200th Birthday celebration are a few more notches in her service to the town. A fine choice given by the Lion Club elders.

The second recipient of a Melvin Jones Award is Paul Buckley of Seekonk. Paul joined the Lions Club in 2012. During his time as a member, Paul has been participating and helping at Lion’s fundraisers and promoting Lions events. The latest including the undertaking of the Seekonk Lions Club “The Taste of the Town”.

Paul along with fellow Lion member George “The Fishing Guy” Poli began a small fishing derby dedicated to a former lion. The Doug Allan Memorial fishing derby has been a yearly event at the Grist Mill Pond on Memorial Day. Paul has been working ten years strong with Mass Wildlife stocking the pond with trout. The kids and parents return for the action, great prizes and lunch served at the American Legion Post #311.

The Seekonk Lions club would like to thank both Jan and Paul for their service.

One more notice from the Seekonk Lions Club. Save the date for a special fundraiser for one of our recent fallen members. THE DAVID A. PITASSI MEMORIAL COLUMBUS HOLIDAY MUSIC CELEBRATION SUNDAY OCTOBER 9, 2022. Stay tuned with more information to follow.