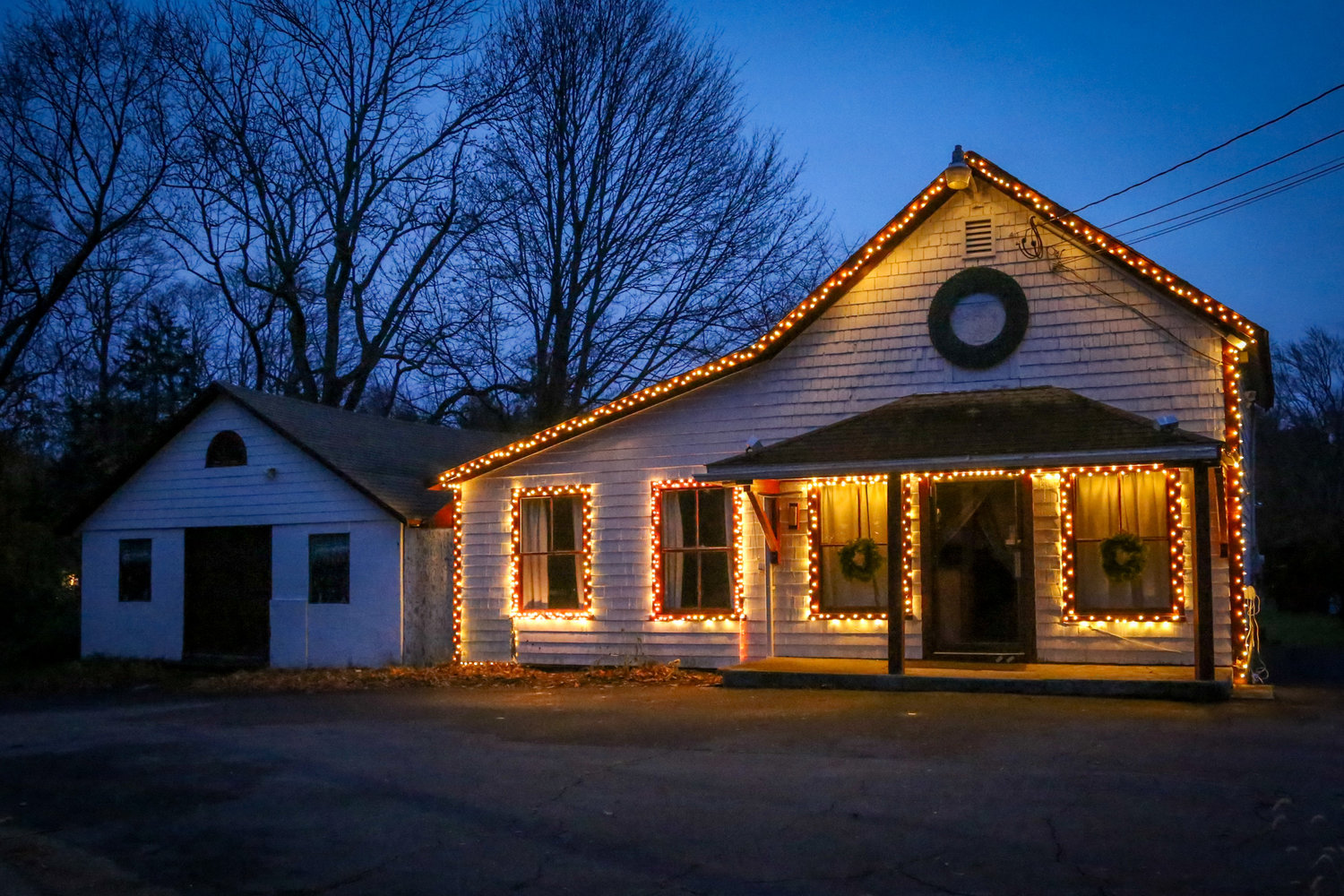 What is Americana? Merriam Webster defines it as, :1 : materials concerning or characteristic of America, its civilization, or its culture.   But what is Americana? Plenty of musicians spanning the decades have written about it, from Gutherie to Cash to The Boss and Mellencamp.  One common theme: small towns.  Or at least the things that normally accompany small towns, like hay, family events and Co-Ops.

Small towns are important because they contain icons of our past culture.  Looking around Rehoboth you can see pieces of our history that tell a story.  With the word being out about what a great place Rehoboth is to live, it's our responsibility to pass on that history so that the things that make Rehoboth what it is are not lost.

I truly believe wrapped up in this community is the heart of America just waiting to express itself under the right conditions.  While we feel bogged down by the polarity of politics on the national level, I urge you to take stock of what is around you; understand that the most important changes are grass- roots.

One way citizens can revive their community on a practical level is through the Community Preservation Fund.  Used previously on the purchase of the Grear and Pemmerl properties; these projects focused on preserving open space and recreation.  As we look to the future, we are finding more and more potential projects that fall under other eligible categories within the fund, such as historical restoration.

One such project possibility is the restoration of the Perry General Store located at 5 Reservoir Ave in Rehoboth.  The store was established around 1910 by Mr. Ralph Perry and his wife Sadie Horton.  It was originally located across the street, but Perry moved it by Oxen and timber to its current location in the early 1900s.

Upon setting roots, Perry and his store quickly became the hub of the community; selling hay, grain and sundries.  Claudia Mahoney (Backlund), who grew up in the neighborhood, wrote in to describe what is was like having the store around:

“Besides groceries, Perry’s Store provided hay and grain to the local farmers. The barn attached to the store was full of bales of hay and burlap bags with grain piled high. Ralph Senior let us play in the barn and we would climb up on the grain bags and bales and play “cowgirl” and ride our hay bale horses for hours. The Perrys lived in the adjacent house on Reservoir Ave. Sadie Perry, Ralph’s wife, would often bake cream puffs and eclairs, and we kids knew which day was “baking day” — and if we hung around her back door, we’d be rewarded with fresh pastries.”

Another interview with Reservoir Ave. resident, John Medeiros, yielded some interesting accounts of what life was like back then.  Medeiros, who is in his 90s, recalled one trip with his Dad, Frank,  which resulted in a minor accident backing into the store.   He recalled Ralph Sr.’s  goodwill and personality.

It was apparent in my conversation with Mr. Medeiros that  Mr. Ralph Perry was a very good businessman.  The store was open 7 days a week with no fee for delivery.  “He sold in bulk” said Medeiros, “big bags of sugar and flour”.   Ice sold in the store was harvested from the local Reservoir and transported by horse and sleigh.  The horses were outfitted with cleated shoes to traverse the ice.  Medeiros recalled being a child and playing in their wake, collecting the shredded remnants of ice with the other local kids and eating them like popsicles.

I asked Mr. Medeiros if the store was limited to gentry, but he told me it was just regular folk getting their groceries, and most of the time delivery came with it.   He also said that sometimes Ralph [Perry] “would go all the way to Providence Market just to make sure that they had good food”.  Eggs, meat and produce were supplied by some of the local farms.  Asked why he stopped, Medeiros said, “he got old”.  The store then passed onto Ralph Jr. and since that transaction it has been a memory of its original self.

Over the course of the next half century, after the Perry’s were gone, the store would change hands many times.   Many  local residents have been stewards of the store, and many are still in the community today.

Kathy and Jim Amaral operated the store for 7 years.  One of those years happened to fall on the infamous blizzard of ’78. when groceries had to be delivered by snowmobile.   The store proved itself as the lifeblood of the neighborhood during that storm.  With outages widespread and roads obstructed, people rationed and worked together.

I was fortunate to speak with Todd Johnson, a local carpenter, whose father, William Johnson, was an owner during the 70 and 80s.  Johnson said he remembers when there was grain service, and working at the store for his father shuffling around 100 Ilb bags of grain.   As someone so close to the store and the neighborhood, I had to ask Johnson what he wanted to see come of it.  His answer:  "I would love to see it come back as a corner store”.

Eventually the place landed in the hands of Craig Erickson, who purchased it with the intention of running it as a store. Erickson operated it for a few years, and then the property was rented for various purposes. Erickson since passed, and the property is now in the hands of his sister, Metta Travis, a life-long Rehoboth resident.

Travis has expressed interest in working with the CPC and the Town to ensure that this piece of property is preserved for the Town’s benefit.  It is at the stage in its life where if you make an effort to restore and utilize it, it would add to the value of the neighborhood.   Arthur Pierce, Chairman of the Town of Rehoboth’s Historical Commission says of the store "it's just as important today [to the community] as it was then”.

It is important for long-time and new residents to understand that conservation and preservation takes commitment, and work, and the understanding that time is transient and development is inevitable.  But what is in your control?  Taking action by calling or writing to our Board of Selectman about this issue.  Tell them you would like to see this at the upcoming Town Meeting related to our Community Preservation Fund!.  Be active in ensuring that the Town of Rehoboth lives up to its historic character.

If restored, the Perry General Store space could be used as a CO-OP of sorts selling local food, a place for adult educational classes in the evening, painting, artisan displays, coffee the list could go on.   Perhaps even a working relationship with other general stores in the area.   In the meantime, this Holiday season, take a drive by the store, you might just feel like you are in a Norman Rockwell painting.   Thanks to the hard work of John Masse and others, lights and evergreens adorn this beacon of the community.