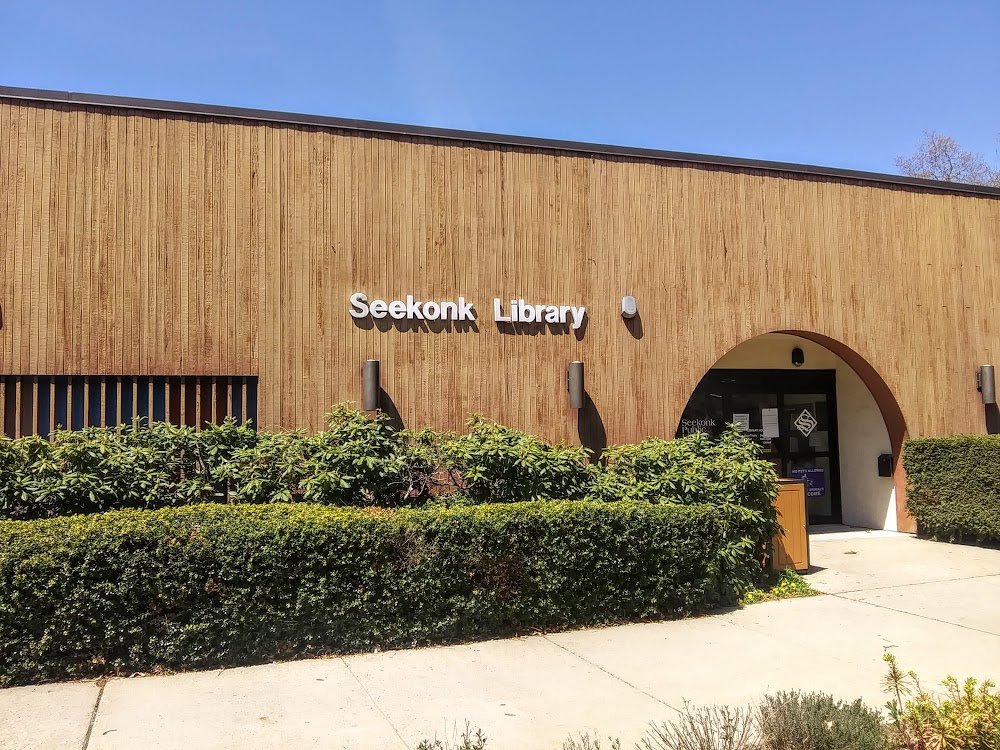 Building a bigger and better Seekonk Public Library will not be cheap.

Representatives from the Library Board of Trustees told the Board of Selectmen Wednesday the cost would be a whopping $24.5 million for a brand-new 23,000 square foot building.

Last July, the Library had been awarded a $7.3 million grant from the Massachusetts Board of Library Commissioners for the construction of a new building.

Michael Durkay, chairman of the Board of Trustees, said the grant was “provisional”, which means the voters need to approve the grant at a special election to be held before January 9, 2023.

Repairs to the existing building at 410 Newman Avenue would cost approximately $3 million, which includes a new roof/HVAC improvements, the replacement of exterior siding, window and door replacement, public/staff restroom upgrade, an ADA (Americans With Disabilities Act) compliance upgrade, and an upgrade of fire suppression/security systems.

A cheaper option would be a renovation of the library at a cost of $12.4 million. The staff would be required to relocate to a temporary facility during the construction phase.

Durkay said even if the voters opted for repairs or renovations, the library would still be only 14,700 square feet. As it stands now, the library has a shortage of space for programming.

When asked by the selectmen if the trustees would consider scaling back the size of the new library, Durkay explained the grant from the state was for the 24,000 square feet design as submitted.

The selectmen voted to authorize Town Administrator Shawn Cadime to lobby the state for the purpose of using ARPA (American Rescue Plan Act) funds to increase the reimbursement for library projects which had been impacted by Covid.

Voters at the spring 2021 town meeting rejected funding for an ambitious library building project. The $19.6 million was to be used for the construction, renovation, and expansion of the building. The money would also have covered the costs for demolition, landscaping, paving, utility, and architectural and engineering services.