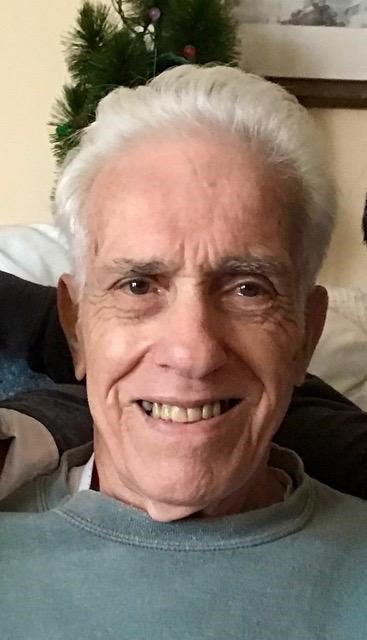 Fernando ‘Fred’ Ramos, 94, of Seekonk, passed away Tuesday, December 7, 2021 at his home with his family by his side. He was the beloved husband of the late Madeline (Majalian) Ramos.

Fred was proud to be a U.S. Army Veteran of World War II. Drafted out of high school, Fred trained with the 98th Infantry Division for deployment to the Pacific Theater. Before being deployed to active combat, the war came to an end. Instead, Fred and the 98th Division served in Osaka, Japan as part of the occupying force until 1946.

Fred returned home to Rhode Island to complete his education while working full time. Fred completed design programs at the University of Rhode Island and Rhode Island School of Design. For many years, he worked as a design engineer for several Rhode Island based companies before retiring from Mr. Christmas, Inc.

A talented photographer from a young age, Fred was rarely seen without a camera. Whether using an old school film camera, 16 mm movie camera, camcorder, digital camera, or his Smartphone, Fred has recorded decades of momentous and ordinary events of family and friends.

The three most important titles Fred held was Husband, Dad, and Papa. Fred and Madeline (Majalian) were married on June 6, 1954. They settled in Pawtucket, RI and eventually welcomed four children, while Madeline worked as a Registered Nurse at The Memorial Hospital of Pawtucket. With their house bursting at the seams, Fred designed and built a new home for his family. The Ramos Family moved into ‘The House That Dad Built’ in 1967.

Family was THE most important thing to Fred. He would drop everything, without the slightest hesitation, to help a family member. Fred and Madeline dedicated their years together raising four children, spending time with their grandchildren, traveling locally, visiting family and friends, playing cards, and sampling the buffet and slot machines at Foxwoods and Mohegan Sun.

After 56 years of marriage, Madeline passed away on October 4, 2011. With his wife’s passing, Fred turned his attention to spoiling ‘his little boy’ and constant furry companion Harley, his 16-year-old cat. Fred loved his family beyond measure; putting the needs of his children and grandchildren first, doting on them, and worrying about their wellbeing until the day he passed away.

Fred was known for his quiet demeanor and patience, his sense of humor and corny jokes, trying to make people laugh. Fred possessed a ‘MacGyver-like’ ability to build or fix anything using whatever he had on hand. Of course, no visitor to Fred’s home will ever forget seeing him waving goodbye from the dining room window as they backed their car out of his driveway.

Relatives and friends are kindly invited to a Funeral Service on Monday, December 13, 2021 at 10:30 AM in the Costigan-O’Neill Funeral Home, 220 Cottage Street, Pawtucket, RI. Burial will follow in Walnut Hill Cemetery, Pawtucket, RI.

Visiting hours are Sunday, December 12, 2021 from 2:00 – 4:00 PM at the Costigan-O’Neill Funeral Home. Unvaccinated visitors are kindly requested to wear a mask.