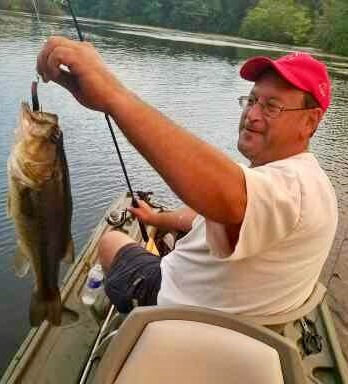 Russell Thomas Janas was born on October, 13, 1970 and died in the early morning hours of December, 10 2021 after a long illness. He was the husband and best friend of Kerry Hyland Janas and father to Joseph and Ann Marie. One son, Landon, died in childbirth. He also leaves behind his dog and closest companion Clancy.

Russell embraced contradiction. He had an adventurous spirit but hated to leave Foxboro. He labeled himself lazy but worked exceptionally hard, took on the most difficult tasks and stayed until the end. He hated groups but was gifted with a wicked sense of humor that drew others, especially children, toward him. He was nearly immune to physical pain but had the softest heart. Most of all, he always wanted to help but possessed a sense of honor that kept him from ever accepting things that he did not personally earn.

He loved nature documentaries, history, fishing, target shooting, old cowboy movies, ridiculous political debates, friends who stuck with him to the last, and his family most of all.

Russell is survived by his wife and children, his parents, Joseph Janas and Pat Janas-Scott, as well as his many biological, half, and adopted siblings. He is also survived by his in-laws Tracey and Ed Clarke as well as Christine Lycus and Michael Lycus, his nieces Elizabeth Clarke, Kayla Lycus, Lily Janas and Lauren Brown, and his nephews Sean Clarke and Sam Janas.

Relatives and friends were kindly invited to attend calling hours on Thursday, December 16, 2021 from 4-7 PM at the Roberts and Sons Funeral Home, 30 South St. in Foxboro. A Funeral Mass was celebrated on Friday, December 16th at 10 AM at St. Mary’s Church, 58 Carpenter St. in Foxboro. Interment to follow at St. Joseph Cemetery, 990 Lagrange St. In West Roxbury.

In lieu of flowers, donations can be made to the good people at the Sturdy Hospital Emergency Department at https://www.sturdymemorial.org/ways-to-give/tribute-giving/.