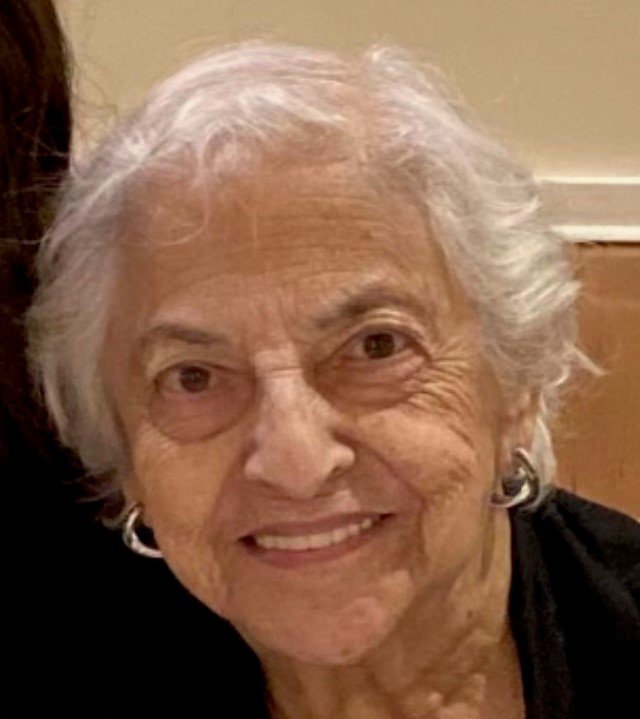 She was the wife of the late Robert J. DeFontes, they were married for over 61 years before he passed away in 2018.

Marion was born in Seekonk, the daughter of the late Alban and Mary (Romanus) Saleeba.

She was a Pastry baker in her home for many years.

A lifelong Seekonk resident, she was a parishioner of Our Lady of Loreto Church, a Eucharistic Minister there also, she was also a CCD Teacher at Our Lady of Mt. Carmel Church in Seekonk as well as a former parishioner there.

Mrs. DeFontes is survived by her children John DeFontes of Rehoboth, Doreen DeFontes Taylor of Seekonk, Jeffrey DeFontes and his wife Christine of Swansea.

She was the sister of Joan Marie Saleeba of Barrington.

She was the grandmother of David Taylor (Laura) Kevin Taylor (Rebekah) Jessica DeFontes.

Her funeral will be held Thursday December 29,2022 at 8:30am from the REBELLO FUNERAL HOME ,901 Broadway, East Providence, followed by a Mass of Christian Burial at 10:00am in Our Lady of Loreto Church, 346 Waterman Avenue, East Providence.

In lieu of flowers, donations in her memory may be made to Hope Hospice, 1085 North Main Street Providence, RI 02904.