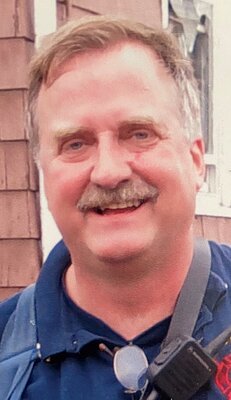 Seekonk – Lt. Stephen R. Clary, Pawtucket Fire Department (Ret.), 63, passed away unexpectedly on Wednesday, April 13, 2022. He was the beloved husband of the late Laura D. (Hyatt) Clary. Born in Pawtucket, he was the son of Marilyn S. (Robertson) Clary of Pawtucket, and the late Roy A. Clary.

Steve graduated in 1977 from Tolman High School, Pawtucket, and resided in Rehoboth and Seekonk for most of his life. He worked as a firefighter for the Pawtucket Fire Department for many years prior to retiring as a Lieutenant in 2012. Steve worked as a truck driver for Lowe’s and Douglas Lumber after retiring. An avid Red Sox and New England Patriots fan, Steve loved cooking on his grill before Sunday football games, spending time by the pool with his family and tending to his beloved truck.