As it comes to celebrate its 80th anniversary, a local company is being recognized as one of the best! 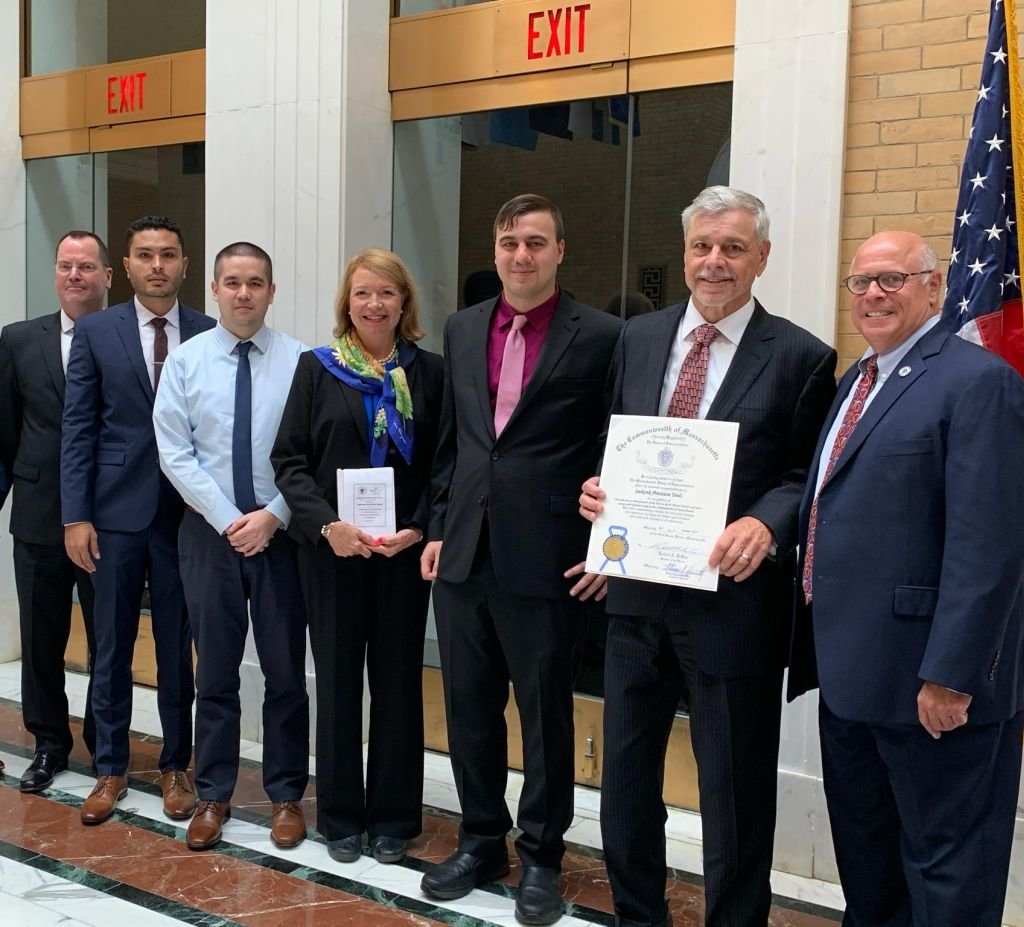 On October 22, 2019, the owners and leadership team of Seekonk Manufacturing Company on Perrin Ave in Seekonk were acknowledged by the Massachusetts Manufacturing Caucus of the State Legislature as Manufacturer of the Year in our district!

A short history of the company started with founder Felix Dobras, who emigrated from Poland in June 1903 at age 11. Felix first worked as a Silversmith for Reed and Barton and lived on Cheney Street where his garage became the first workplace for the future Seekonk MFG.

In 1941, Felix’s son Fred used his father's garage as a startup for his work for the government, as the NE point ordinance Inspector. As the business flourished, the company moved from the garage, to property on Route 152 and finally by 1946, Fred purchased land on Perrin Ave.

As money and resources were tight after the war, Fred purchased equipment from auctions and used equipment dealers while building his company. Amongst his several customers was Apco Mossberg Co., one of the Pioneers of Torque Tool Manufacturing. During the 1960’s Apco Mossberg Co was failing and Fred acquired the personnel and designs from them, which expanded his product line introducing Torque Tools to his company.

Having only one son, Fred's mission was to one-day pass the business to him. Hence, in January 1975, Frederick (Rick) began his term as President at Seekonk Mfg. Co., Inc. Bringing many new ideas and innovations into the company for its future.

Most important to Rick is business growth and good employment. Generations of people have come and gone, but the company has continued to grow and continue in its ever-changing market. In addition, Andrew, who is the only son that wanted to follow his father’s example, graduated with a degree in Industrial Engineering and is currently working to become the next generation President of Seekonk Mfg. Company.

Representative Steven Howitt, who presented the award, summed it up this way, “Seekonk precision tools are world renown.” “What any car enthusiast like myself or any local plumber would know is that Seekonk produces the finest hand tools available and they stand behind their products.” “Congratulations to Seekonk MFG on being Manufacturer of the Year for 2019 and your upcoming 80th anniversary”!