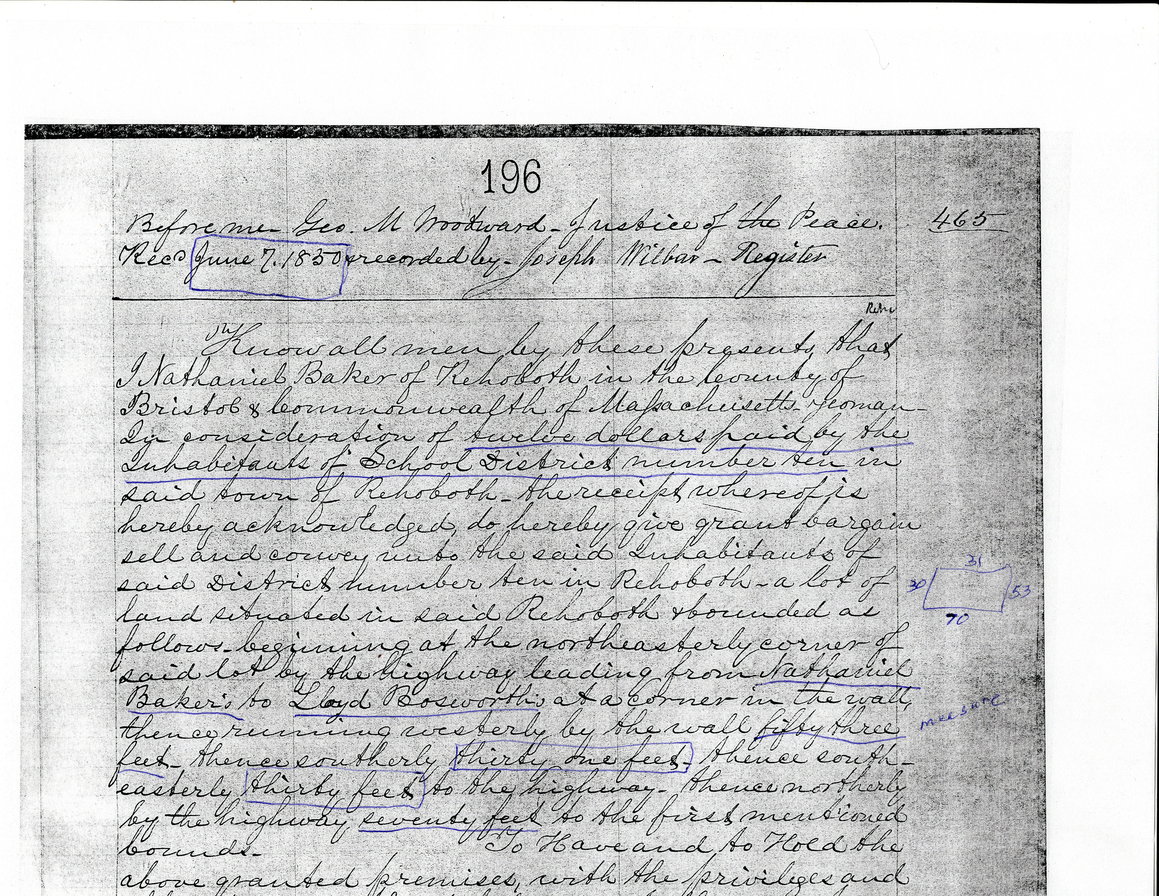 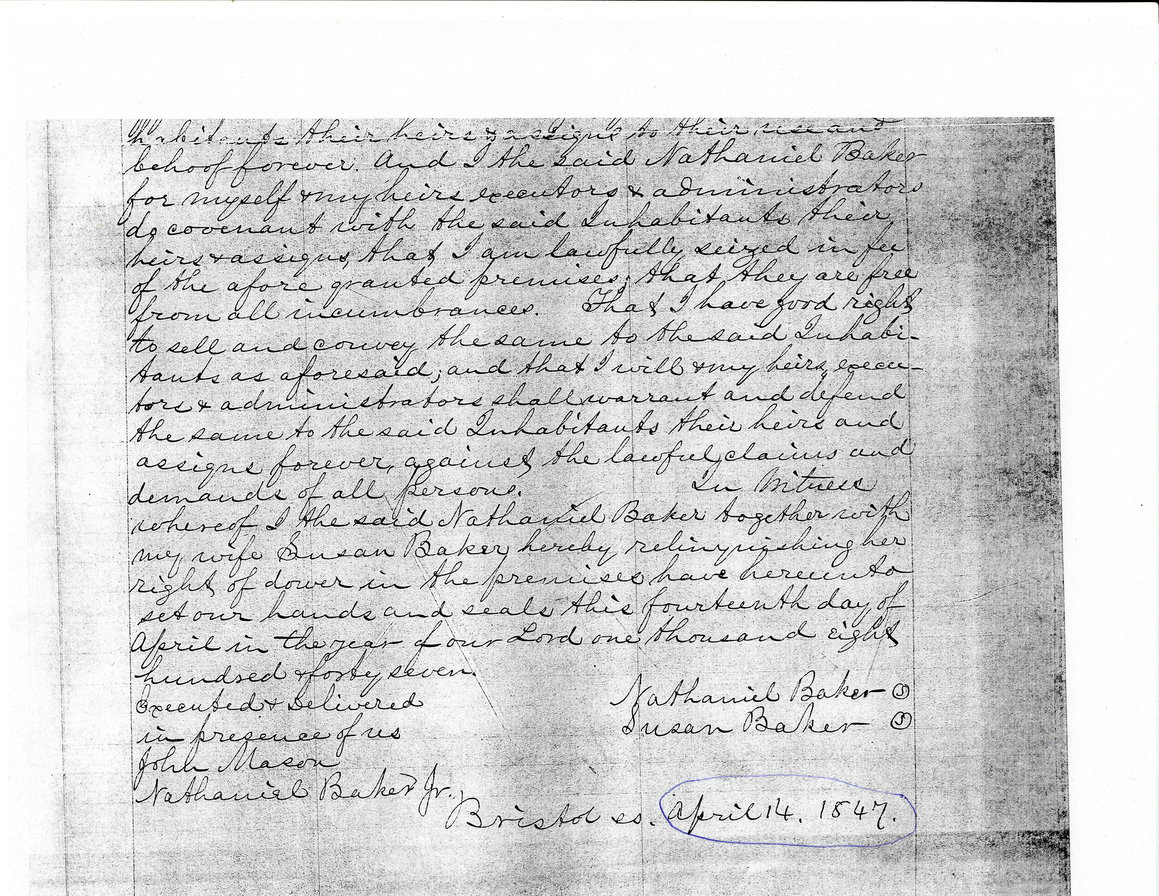 When was the Hornbine School built? There are several dates written in articles and on the internet.

The Hornbine School building was restored in 1968. At that time, the volunteers found written information dating back to the 1860s. A 1909 reunion of students and a teacher from the Hornbine School was reported in a news article in the Providence Journal. The students and teacher, Lizzie (Douglas) Baker, had attended the school during the 1868-9 school year. For whatever reason, it was determined that the school was built in 1862.

Apparently, the people who placed the building on the National Register of Historic Places in 1983 thought the building was built in 1862. Because of this, the date 1862 appears in some written articles and many internet sites including Wikipedia and You Tube.

There are several early sources that date the school back to the 1840s. It wasn’t long after the school building was dedicated in 1968 that Doris Johnson and others discovered that Calvin Carpenter taught at the school in the year 1847. Frances Bliss is listed as the teacher for the school in the Rehoboth School Committee report for 1861.

There is good evidence that the approximate date was known shortly after the school was opened. Pictures of the Hornbine School from the 1960s show the sign on the front of the building which states that the school was built in the 1840s.

The best evidence that the school was built in the 1840s comes from a primary source. The Baker descendants presented the Hornbine School with a copy of a deed from 1847 which is reproduced in this article. This is a scan of a copy given to us by the Bakers. Although it is somewhat difficult to read, you’ll see that Nathaniel and Susan Baker sold a parcel of land described in the deed to the “Inhabitants of district ten”. The school was referred to as the district ten School in the 1840s. The School acquired the name “Hornbine” later as the district became known as the Hornbine (or Hornbeam) section of town. The deed was signed on April 14, 1847. The Sale price was $12.

We plan to write about other facts related to the school in future Rehoboth Reporters.

Take a look at our Facebook Page or our website https://hornbineschool.tripod.com  for more information about the Hornbine School.