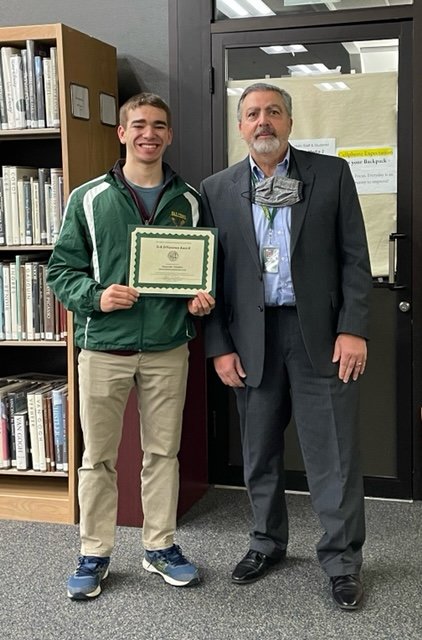 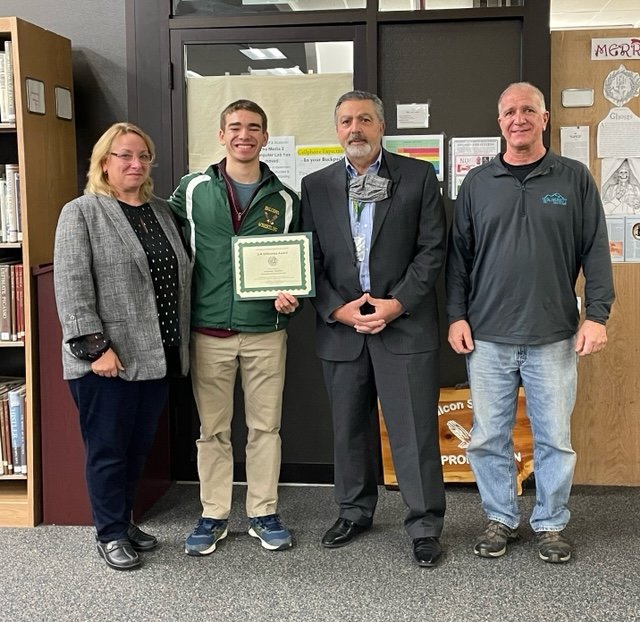 Alexander with his parents (Dalita and Mario), and Dr. Azar 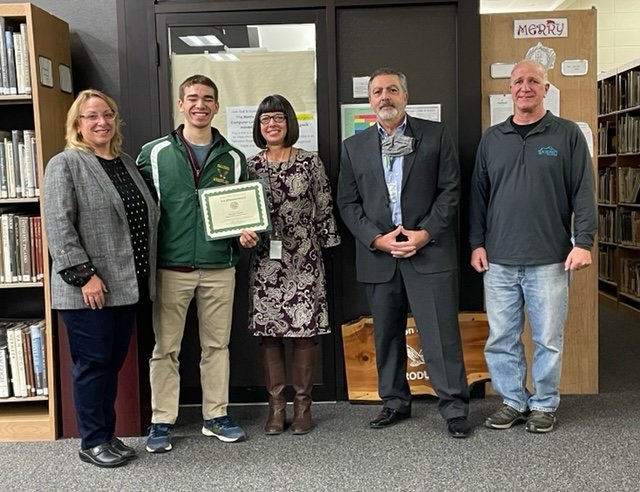 Dr. Anthony Azar, Superintendent of Schools in the Dighton-Rehoboth Regional School District, recently announced this year's recipient of the 2021-22 Superintendent’s Award, Mr. Alexander Tomellini. Dr. Azar said, “The award is to recognize senior students who have selected the most rigorous course of study in their high school and have succeeded in that course of study because of hard work and through the support of their teachers and family.” The awards are given to high school students who have distinguished themselves in the pursuit of excellence during their high school careers. Dr. John Gould, D-R Regional High School Principal said, “Alex stands out amongst his peers as an athlete, as a participant with various activities, as an academic scholar, and as a person who truly values his time within the Dighton-Rehoboth Community.

Alex’s participation in athletics includes three years on the wrestling team and the volleyball team where he served as captain for both squads. Alex is a coach of youth wrestling, a member of the cross country team, and participant on our Best Buddies Program as well as an umpire in youth baseball. His activities include the Robotics Club, the Chemistry Club, and community service through his church. Further, he is the co-founder of DRRHS’s chess club. His academic accolades include being a National Merit Scholar nominee, a recipient of the Harvard Book Award and a recipient of the Assistant Principal’s Award.

Alex’s guidance counselor, Ms. Tremblett, explained that Alex, “....has taken the maximum number of AP courses that a student can take, and if he could have taken AP as a freshman, he would have. He is always pushing the limits for what he can achieve and he has a thirst for knowledge that goes beyond the classroom.”

Asst. Principal, Ms. DeCecco, has characterized Alex, saying: “He is the most self-confident and least self-conscious person I have ever encountered.” His supervisor at Four Echoes at Grist Mill Pond Shoppes, Ms. Daniello said of Alex: “...he executes his responsibilities with excellence and joy. Alex seeks opportunities to support his team members outside his job expectations to create a more efficient workplace and an atmosphere of teamwork. He models what a true team-player looks like.”

His English Teacher, Mr. Morrison, in recommending Alex, explained, “....I must also add his kindness. Once I left the building and heard his usual call from across the lawn, “Hello, Mr. Morrison.” He waved to me across the green while leading other athletes in stretches. He is unabashed in his friendliness.

While Alex stands out as an athlete, a leader as well as a student – he is an excellent, humanistic person. He is a friend to everyone and an old school gentleman who has a firm work ethic tied to informed goals. One of his goals is to major in Computer Science. His schools of interest include Carnegie Mellon University, Cornell University, Dartmouth College, Duke University, Georgia Institute of Technology, and Worcester Polytechnic Institute.

Dr. Azar continued, “I am confident that the school he decides to attend will become a better community because of his many valuable qualities but most of all because he is a kind person. His presence at DRRHS has certainly made our campus a better place. Alex insisted on attributing his successes to his Mother, Dalita, and his Father, Mario.”