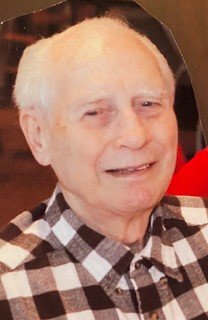 Born in Norton, Vermont; Aime proudly served his country during World War II with the United  States Army. He later went on to work for Hercules Inc, the former Hascon Inc., in Taunton as an engineering specialist before he retired in 1987. Mr. Gendron was a communicant of Our Lady of Mt. Carmel in Seekonk.

Aime was a member of the Rehoboth Seniors for many years. He proudly built his own home and was always inventing and fixing things. Mr. Gendron spoke four languages; German, Parisian French, Canadian French, and English.

Calling Hours for Mr. Gendron will be held on Saturday, May 8, 2021 fro 9am-10am in the Foley-Cook-Hathaway Funeral Home, 126 S. Main Street, Attleboro. A Prayer service will be held at 10am followed immediately by burial in Rehoboth Village Cemetery. Relatives and friends are invited to attend. Social Distancing and Facial Coverings are required inside the funeral home at all times. To view his tribute page, go to www.hathawayfunerals.com.