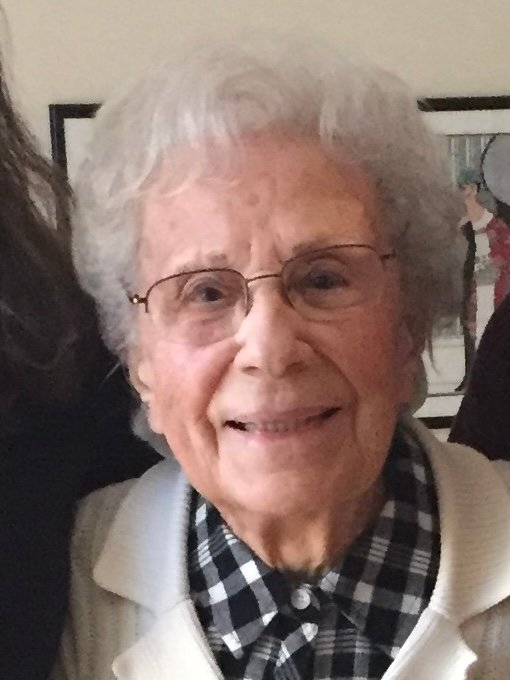 Sara Hagopian Kanarian, age 102, of Rehoboth, MA, a retired Rehoboth educator, passed away peacefully in her sleep on June 26, 2021, in Attleboro, MA.  Sara’s parents were the late Hagop and Eunice (Danielian) Der Hagopian. Sara was born and grew up in Providence, RI. She was the beloved wife of the late Shahen Kanarian. Sara and Shahen moved to Rehoboth, MA in 1956.  She leaves her three daughters, Linda Berberian (wife of the late Archie Berberian) of Annapolis, Maryland; Janice Noble and her husband Russell Noble of Seekonk, MA; and Jean Kanarian and her husband Nathan Hagen of Boston, MA; her six grandchildren and six great grandchildren. She was the sister of the late Rose Sarkisian, Esther Ceresi, and John Hagopian.

She was a 1941 graduate of Rhode Island College of Education, now Rhode Island College, and was a member of the Massachusetts Retired Teachers Association. Sara was very active in the Rehoboth Senior Center. During her 18-year career as an elementary school teacher and school librarian in the Rehoboth School System she touched many students’ lives in a positive manner.

To respect Sara’s wishes, there will be no funeral services.