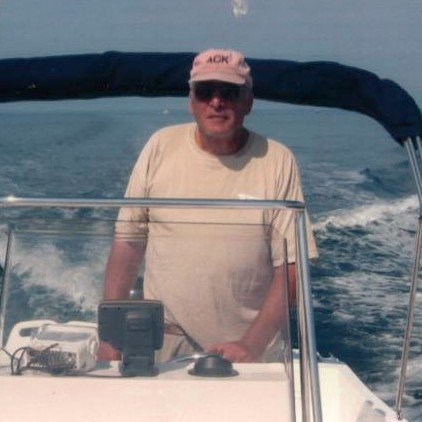 He is survived by his beloved wife Joanne and his sisters Laura Day and John Guest of Norwich, VT and Susan Yeomans of New York. He was predeceased by his sister Lisa Hunt of Housatonic, MA. He is also survived by his brother-in-laws Donald Poisson and Paul McLaughlin of Rancho Mirage, California and his sister-in-law Madeleine Zuccala of Croton-on-Hudson, New York.

Born in Boston on June 22, 1940, he was the beloved son of the late Dr. Andrew and Elizabeth Yeomans.

He graduated high school from Vermont Academy. Upon his graduation, he attended Ashland University in Ohio where he received a Bachelor's Degree in Education. He later attended Providence College where he earned his Master's Degree in Special Education. He taught in the Fall River School System until his retirement in 2006. George also coached football and wrestling at various high schools in his career and was a referee for the High School Interscholastic Wrestling League.

George lived with his family at Westport Point at a very young age. He attended the Point School in his early elementary years prior to his family moving to Norwich, VT. He continued to spend his summers with his extended Yeomans family at Westport Point. He permanently settled at Westport Point in 1972 where he developed his knowledge and love for the river and all activities associated with it. Many summers were spent sailing in his many different boats on the river, lobstering and scalloping  He enjoyed taking people on guided tours of the river and teaching them the intricacies of navigating the river and watching his osprey nest on the river from the dock of his home.

George's love for Westport and his commitment to community service was long lasting. He served on the Fish Commission for many years and the Terrace Green Housing Authority Board. He served on the Board of the former Westport Fisherman's Association and was a member of the current Buzzard's Bay Coalition and the Westport River Watershed Alliance. Preservation of the river and its environs was of utmost importance to George. He also served as a poll worker for many elections in town. He was an active member of the Rehoboth Lions Club. He was also an active member of the Coast Guard Auxiliary. He was a member of the Massachusetts Retired Teachers Association.

His love for animals, especially all of his Chesapeake Bay Retrievers, led him to volunteer at the Faxon Animal Rescue League of Fall River where he currently sits on the Board of Directors.

After his retirement from teaching, he worked at Tripp's Marina as a launch pilot where he met many interesting individuals with whom he enjoyed sharing boating anecdotes and experiences.

In lieu of flowers, donations may be made to any of the following organizations that George supported: