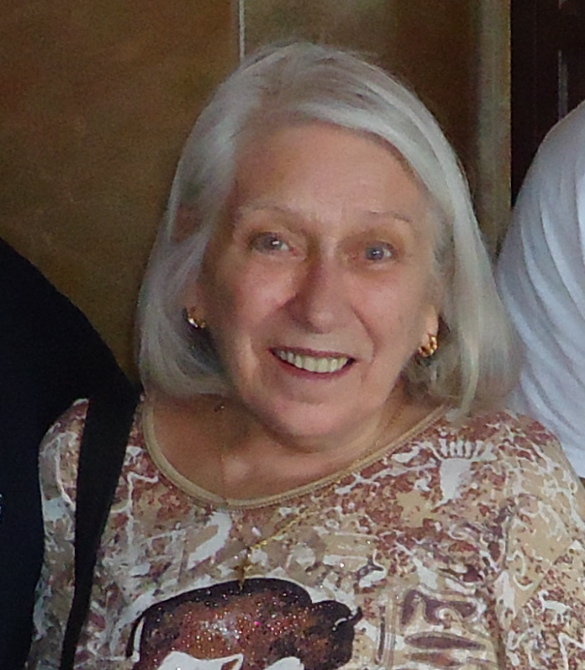 Diana Humphrey passed peacefully into heaven on April 29, 2021, at the age of 75 years. Her selfless nature will be missed by many - for the love she gave freely and for her many acts of kindness. She was known by family and close friends as DiDi, Mom, Nana, Cousin Diana, Mrs. Humphrey, Mama Humps, and (simply) Ma. She was a reserved woman who lived a quiet life. However, she was also a strong and independent woman, a faithful wife, a kind and loving mother, and a devout stewardship-driven Catholic. Those she worked with knew her as an office manager at Process Automation for nearly 20 years, or as a bookkeeper in the years thereafter.

Twenty-one years ago, Diana was given a second chance at life when she received a heart transplant at New England Medical Center (now Tufts) in Boston. Diana’s faith helped her through illness for 12 years and the heart transplant was her miracle. Diana was so grateful for the gift, which she received from an unknown donor, that she raised funds and participated in the American Heart Association’s Heart Walk in order to help provide the same opportunity for others. She also participated in the heart transplant support group, working with people either awaiting a new heart or those who had recently received one.

Diana was the daughter of Thomas and Bertha Grady. She was raised in Providence, Rhode Island, was a student at Saint Raymond School, and was a 1963 graduate of Saint Francis Xavier Academy in Providence, Rhode Island. Diana and her husband, Alan R. Humphrey (1943-2017), resided in Seekonk, Massachusetts for over 50 years. She is survived by her sister, Carol Grady; her children and their families Jennifer and William McCaughey, Russell and Lisa Humphrey, Jessica Victorelli and Scott Rachal, Jodie Humphrey and Peter Figueiredo, and Dustin and Jaclyn Humphrey; her godchild, Lisa Cardello; seven grandchildren, two great-grandchildren; aunts; cousins; nieces and nephews; and her faithful dog Emma-Lou.

Diana’s second family consisted of her fellow parishioners. She was an integral member of Our Lady of Mount Carmel church in Seekonk, Massachusetts since the 1960s. She was an active participant in the prayer group, teacher in the catechism program, and contributed countless hours of volunteer work for the parish. In 2016, Diana received a Marian Award from the Fall River diocese for her dedicated service to the Catholic faith, her church, and the diocese.

A mass of Christian burial will be celebrated at Our Lady of Mount Carmel (984 Taunton Avenue; Seekonk, MA 02771) on Friday, June 11 at 10:00 AM. Receiving will take place immediately after the ceremony and will be followed by the interment of her cremated remains at the Town of Seekonk Cemetery.

Di­ana had the op­por­tu­ni­ty to meet and to love many of her grand­chil­dren, which would nev­er have been pos­si­ble with­out her heart trans­plant. In lieu of flow­ers, please con­sid­er do­nat­ing to the Amer­i­can Heart Asso­ci­a­tion (www.heart.org), or to her parish, Our Lady of Mount Carmel (www.olmcseekonk.org).