Where are they now – A Townie profile 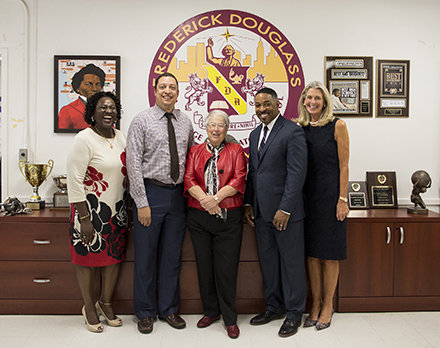 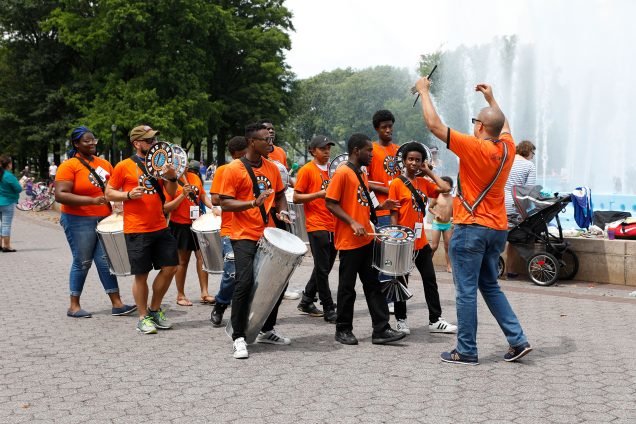 East Providence High School graduate, Dana Monteiro, continues to do what he has done best.  From his youthful days in East Providence to his current job of music educator in Harlem, New York, Monteiro is sharing his knowledge of music with others.  Monteiro, a 1997 Townie graduate, has over twenty years of experience as a music educator in the New York City public school system.  He holds a B.S. in music education from N.Y.U., a M.A. in music education from Teachers College, Columbia University and a doctoral degree in music education from Boston University.  He was one of the more talented student-musicians to graduate from East Providence High. Originally a classical trumpet player, his interest in Brazilian music began on a trip to Rio de Janeiro, where he was brought by local musicians to the Vila Isabel Samba School.  Since that first visit, Monteiro has made 23 study related trips to Brazil to learn and perform samba percussion and to conduct research for his dissertation titled Samba: The Sense of Community in Participatory Music. Monteiro has studied at over twenty samba schools in Rio de Janeiro and São Paulo.  In addition, he has made visits to samba schools and community music ensembles throughout the United States as well the United Kingdom, Japan, Uruguay, Argentina, and the Cape Verde Islands to study local musical practices and more importantly, the various methods for how music is taught.

New York City Teaching Awards
Monteiro was awarded "Outstanding Educator of the Year" by Education Update, NY in 2015. In 2016, he received the Big Apple Award from the New York City Department of Education, the Lincoln Center Arts Teacher of the Year Award, and the NYC Men Teach Anchor Award. In 2021, Monteiro was the Manhattan winner of the Flag Award for Teaching Excellence.  He is the author of The Samba School: A Comprehensive Method for Learning, Playing, and Teaching Samba Percussion and is a contributing author to the book Carnaval Sem Fronteiras: As escolas de samba e suas artes mundo afora.  Lincoln Center Education, in partnership with the New York City Department of Education, presented the 2016 Lincoln Center Arts Teacher award to Dana Monteiro, a high school music teacher at the Frederick Douglass Academy in Harlem.  Presenters of the prestigious award said the following about Monteiro:  “This award is part of DOE’s annual Big Apple Awards, a teacher recognition program open to all full-time teachers in public schools across New York City. It is presented to an arts teacher for making a difference in the lives of his or her students and for going above and beyond in their role as an arts educator.  Mr. Monteiro is the fourth recipient of this outstanding recognition and will receive a $3,500 classroom grant to enhance and further his work with students, as well as access to Lincoln Center opportunities.  We applaud Mr. Monteiro’s innovative teaching methods, built from his own studies in Brazil, and how they continue to create a school culture that exemplifies how the world is better with music, creativity, and imagination.”

Harlem Samba  Brazilian Percussion
Monteiro’s project, Harlem Samba has had great success educating thousands of public school students in Harlem, New York City and is featured as a case study in the Music Educator’s Journal and books The Child as Musician, The Oxford Handbook of Applied Musicology, and Engaging in Community Music. The group has been awarded the Brazilian International Press Award for "Best Institution for the Promotion of Brazilian Culture in the United States" as well as a NAMM “Best Communities for Music Education” School of Merit.  The group was a featured performer for the Clinton Global Initiative and presented at the TED Talks Live conference in New York City.

Harlem Samba is a Brazilian percussion ensemble modeled after the samba school baterias of the Rio de Janeiro carnival. The group's members are students, alumni and friends of the Frederick Douglass Academy, a public high school in Harlem, New York City. The group was founded in 2005, as a non-traditional after school music ensemble.  It has expanded to include over 300 students a year at the Frederick Douglass Academy and an evening community ensemble for adult players. “Samba has become an important part of our community and the key ingredient in expanding active participation in music making. We believe that everyone should have the opportunity to make music,” writes Monteiro and school faculty.

Bringing his music worldwide
Monteiro was a panel discussant on alternative practices in music education at the 7th International Symposium of the Sociology of Music Education, a presenter in the Education Section at the annual meeting of the Society for Ethnomusicology in 2013. Monteiro has conducted workshops in Brazilian percussion at the 2015 Teaching World Musics Symposium at Northern Illinois University, the Evanston School of Samba in Chicago, at the Berklee School of Music, and Boston University.  He recently conducted samba workshops internationally in El Salvador, Antigua and Barbuda, Mexico, and Nigeria.