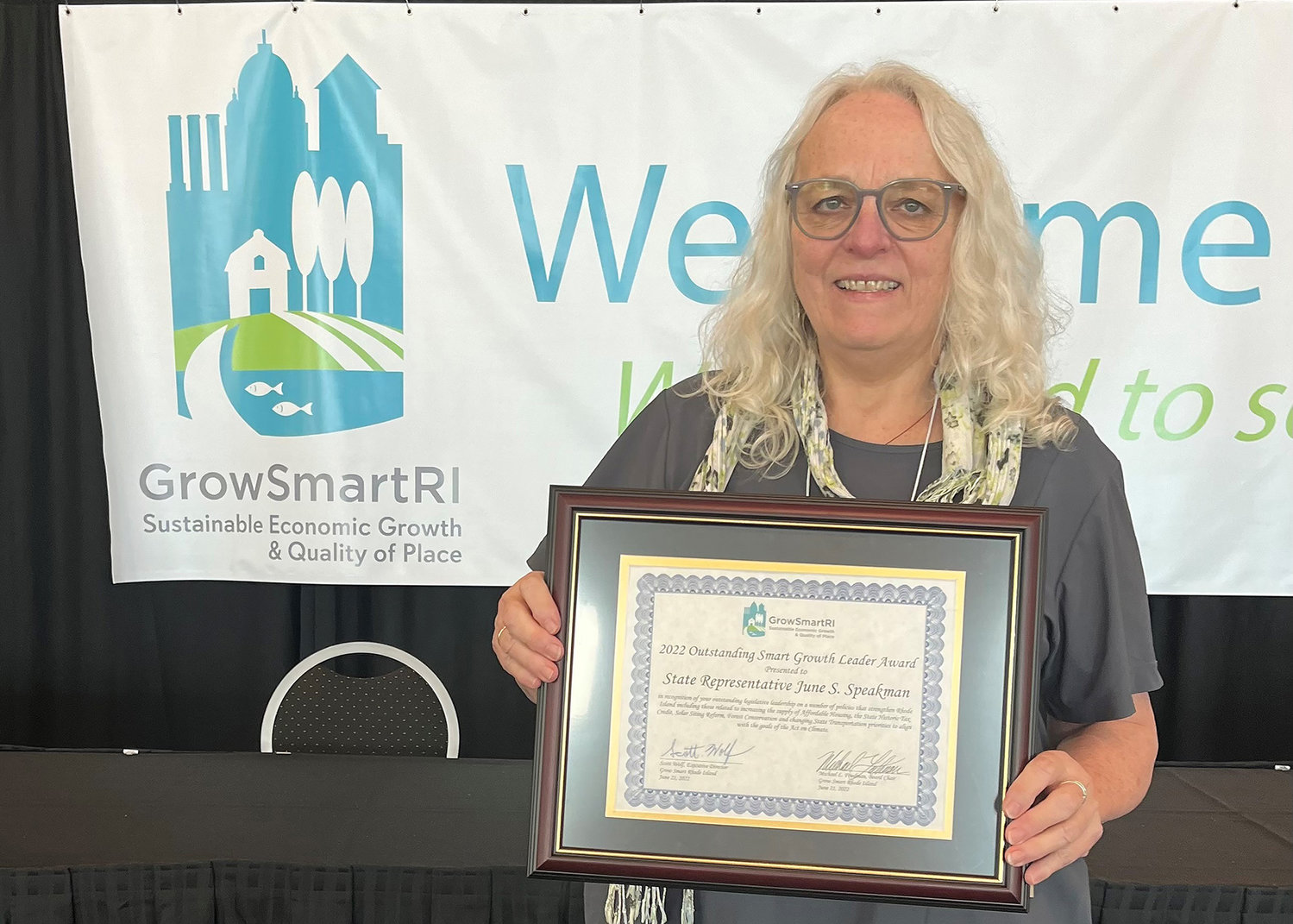 “Despite being a state representative for only three years, June Speakman has emerged quickly as a highly influential legislator and a champion for a variety of Grow Smart RI’s priorities, ranging from affordable housing and the State Historic Tax Credit to solar siting reform, forest conservation, and changing state transportation priorities to advance the goals of the Act on Climate,” the organization said in announcing the award.

For the last year, Representative Speakman has been leading a special legislative commission, created through legislation she sponsored, to study the Rhode Island Low and Moderate Income Housing Act. In 2021 she championed an amendment to the state budget to establish Rhode Island’s first permanent funding stream for affordable housing.

“At the same time, she has been a strong advocate for environmental protection and action on climate and resiliency. In 2021, she sponsored and helped achieve passage of the Forest Conservation Act which, for the first time, makes it official Rhode Island state policy to conserve Rhode Island forests for their many values, including meeting climate change goals. Earlier this year she introduced legislation that would make the state’s most important forests ineligible for incentives to develop renewable energy. The bill would also define preferred locations for renewable energy and authorize disincentives for renewable energy in non-preferred locations. She has also co-sponsored legislation to align Rhode Island’s transportation investments with emission reduction goals and the Act on Climate, including better transit and bike infrastructure,” the organization said.

Said Representative Speakman, “I am very grateful for this recognition, although I believe this is an honor that I must share with my colleagues in the General Assembly and the many dedicated advocates whose passion and hard work informed all of this legislation. Their efforts and collaboration are what made these bills possible.”