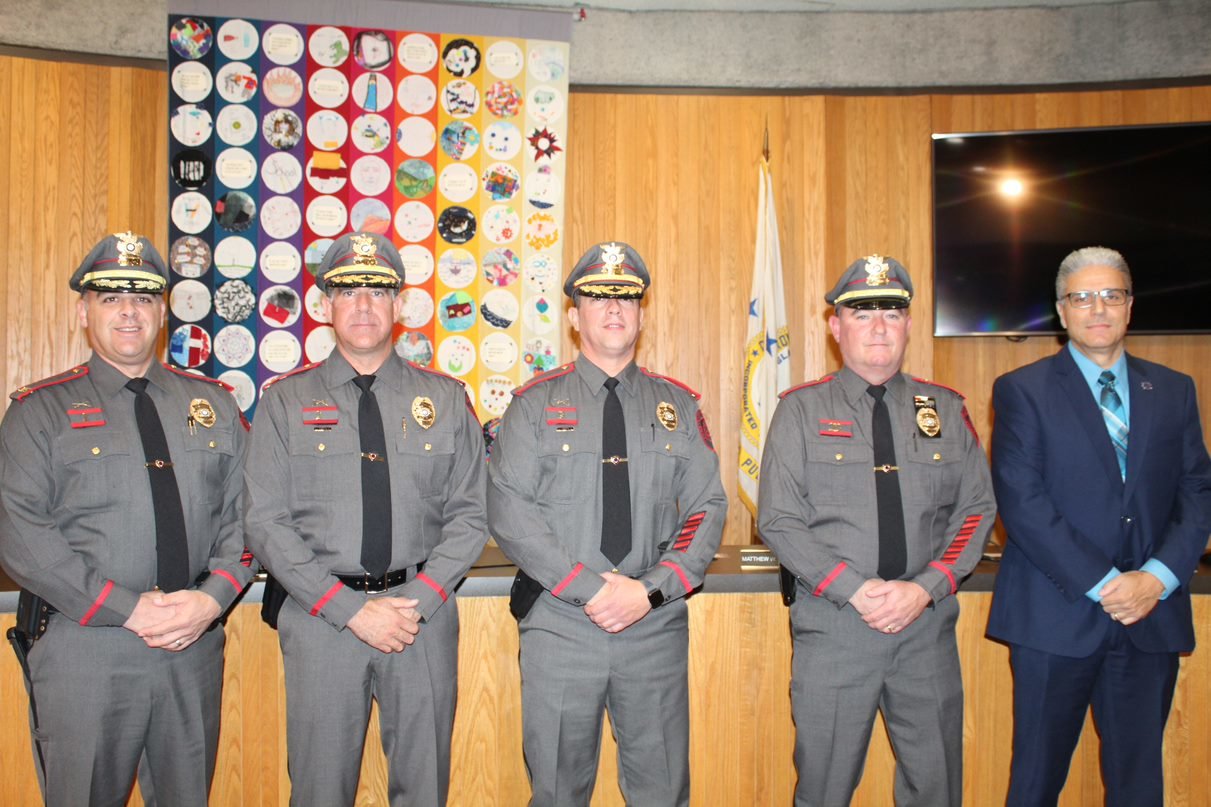 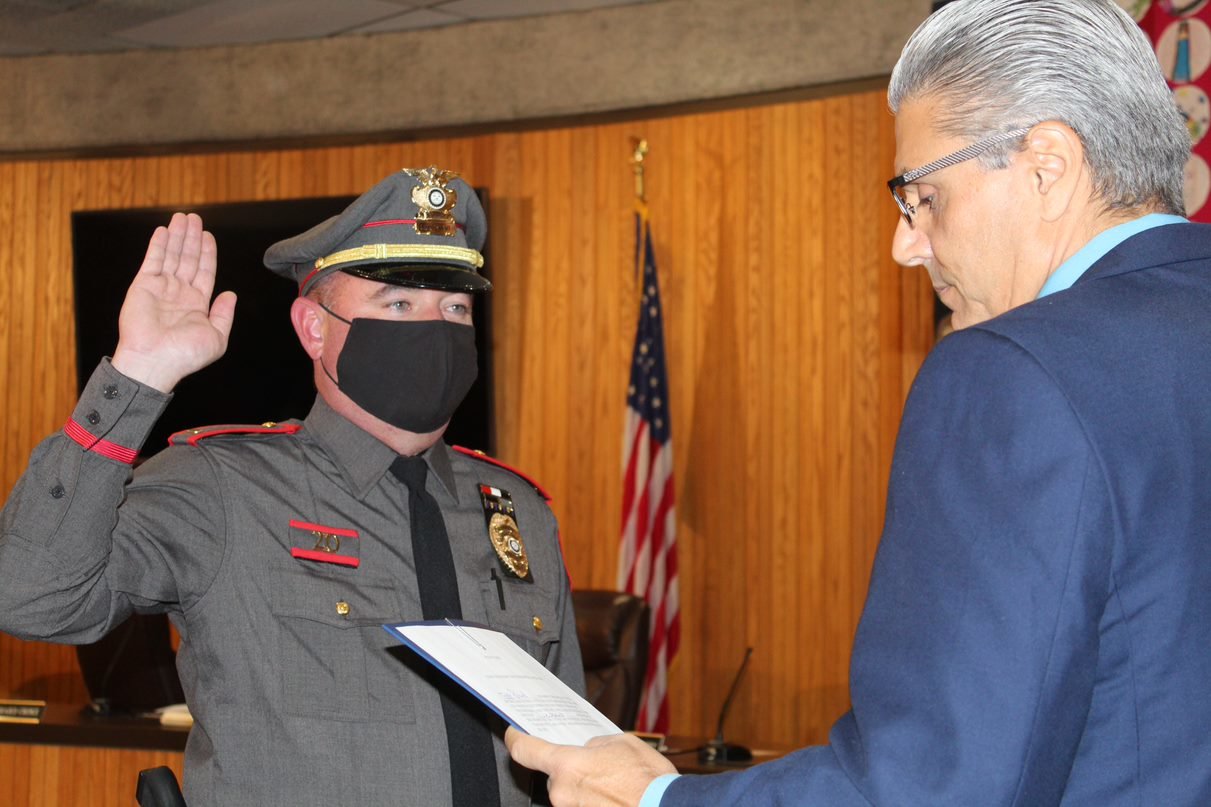 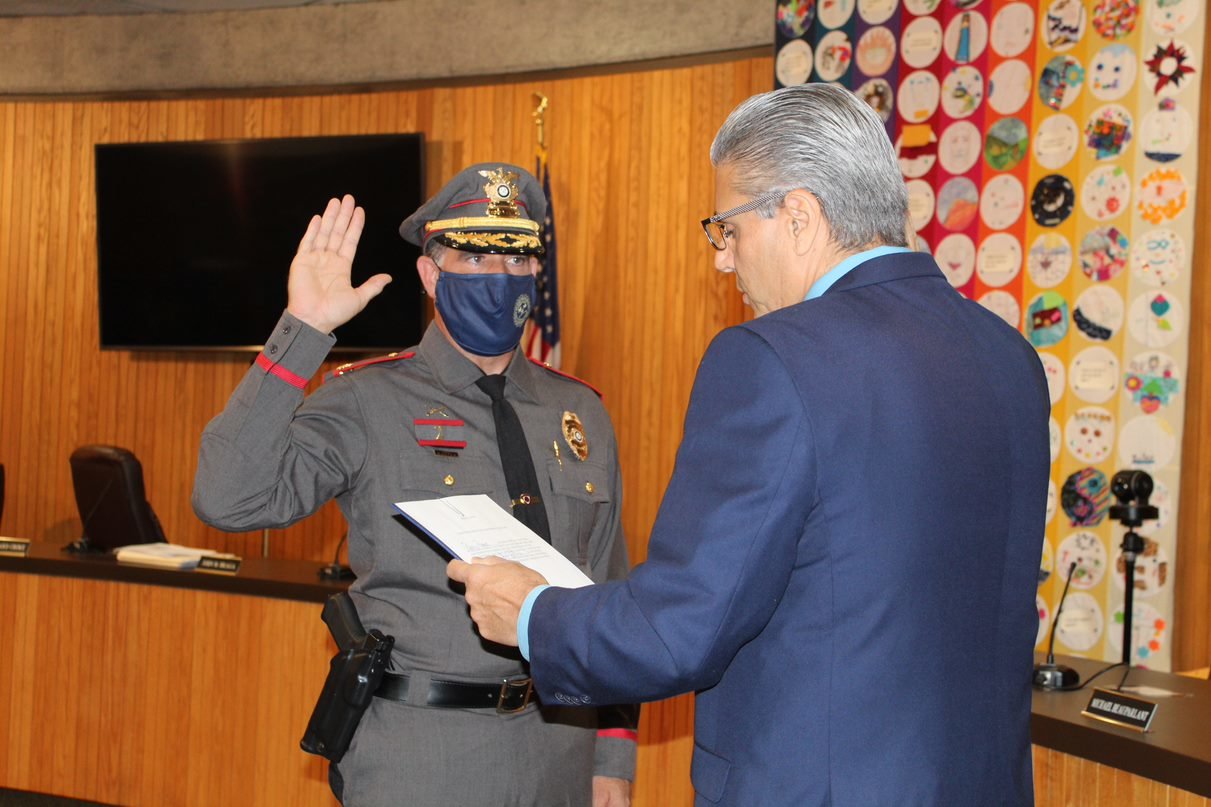 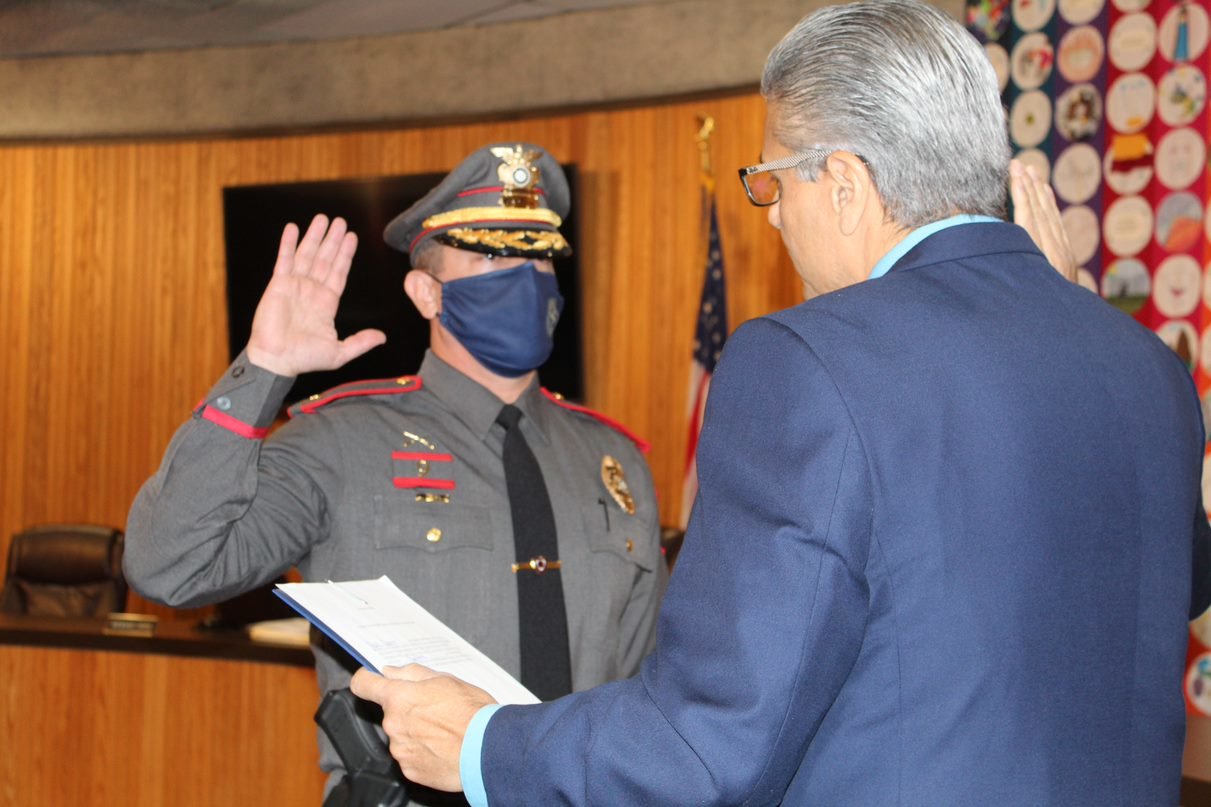 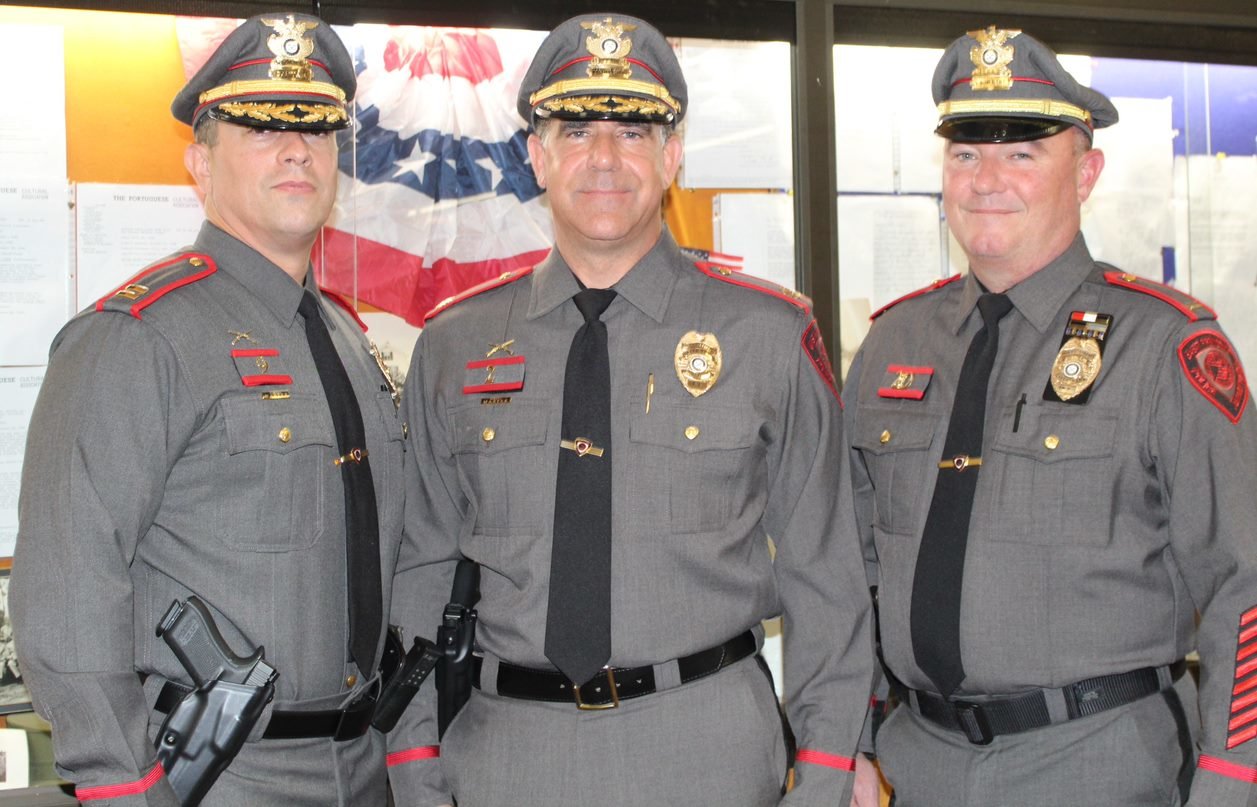 “I could not be happier with these promotions,” Chief Chris Francesconi said. “Major Ramer, Capt. Cadoret and Lt. Poland have honorably served our agency and the citizens of East Providence with distinction for many years.

“They will bring a wealth of expertise to their new roles and I am extremely confident they will flourish in these positions,” Francesconi added.

“Today is an exciting day for the City of East Providence as these three members of the East Providence Police Dept. begin their new positions under the leadership of Chief Christopher Francesconi,” Mayor Bob DaSilva said. “Together, these gentlemen have a combined 70 years of public safety service in East Providence and I feel confident that with this new leadership team in place our residents will see great initiatives including accreditation, additional community outreach and more come to fruition.”

Ramer was involved in the investigation into Google, which led to a $60 million forfeiture award to the East Providence Police Dept.

In addition to his various positions on the force, Ramer also served on the Special Reaction Team as a member and commander.

In 2020, Ramer was promoted to captain where he served as commander of the Patrol Division until his current appointment as Deputy Chief.

Ramer, a native of East Providence, received his Masters in Administration of Justice from Salve Regina University and his Bachelor of Science degree in Criminal Justice from Roger Williams University.

Capt. Mark Cadoret joined the East Providence Police Dept. in 2001 as a patrol officer. He became a member of the Special Reaction Team in 2004 and later team leader in 2006. Cadoret was promoted to sergeant in 2008 and assigned to the Patrol Division. He was later promoted to the rank of lieutenant in 2012 and served in the Patrol Division until he joined the Prosecution Division in 2013 where he remained until his promotion to Captain. Cadoret has received a number of performance awards throughout his time with the East Providence Police Dept. including the Exceptional Service and Legion Awards.

Lt. Todd Poland joined the East Providence Police Dept. in 1997 serving both in the Patrol Division and Community Policing Unit.
Poland received specialized training and served as the Department’s firearms and patrol rifle instructor and armorer. Poland served on the Special Reaction Team.
In 2006, Poland was promoted to the rank of detective corporal and assigned to the Detective Division’s Bureau of Criminal Identification Unit where he served as crime scene investigator.
Poland was promoted to sergeant in 2015 and assigned to the Patrol Division. He was later assigned to the BCI unit as detective sergeant.
He served in that capacity until his promotion to lieutenant.
The City and the East Providence Police Dept. will be hosting a formal promotions ceremony in December where members of the public will be invited to participate. The date of that event will be announced at a later time.