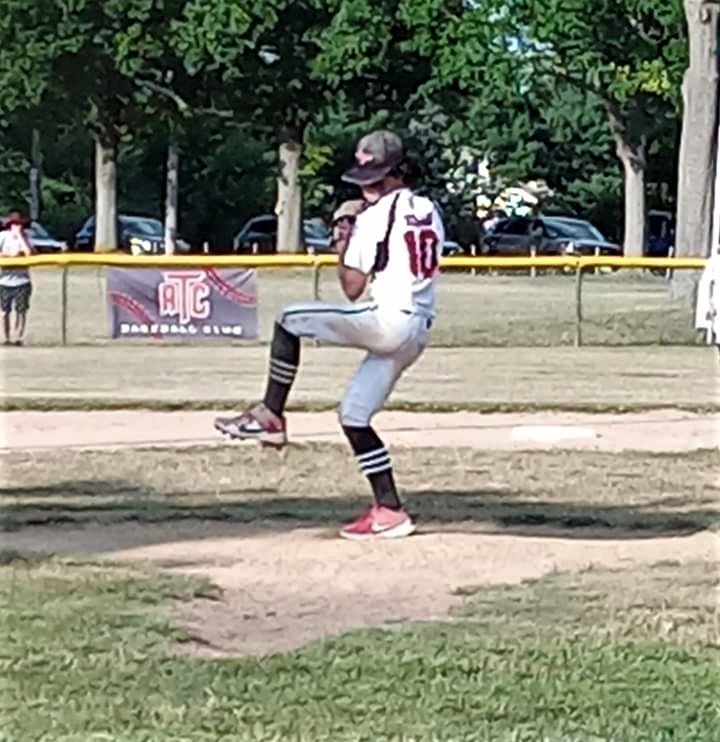 The East Providence Major Division little league all-stars advanced in all-star play with a 2-1 win over Pawtucket on Saturday, July 9th at Rodericks Field at Pierce Stadium. The game was close to the last inning with East Providence holding on to their slim lead throughout the game. The team, made up of players from EP Central and Riverside little leagues, will play next on Wednesday, July 13th against Bristol/Warren at Bristol Memorial Field.

East Providence did all their scoring in the first inning. Jake Sousa led off the game with a walk and scored the first run after advancing base on three passed balls. Jonathan Renaud walked and quickly stole second and third base. On a passed ball, Renaud sored the second run.

Pawtucket came right back in the bottom of the first with a leadoff walk by Jacob Barry, who then got to second base on a delayed steal. A bloop single to right field fell between the defense and Pawtucket had runners on first and third. After a ground out from Parker Andrews to Jose Figueroa, a fielder’s choice scored Barry for Pawtucket’s first and only run of the game. Renaud had a strikeout in the inning.

East Providence held on to their slim lead and came through with good defense and complete game pitching by Renaud for the victory. Renaud had 9 strikeouts in the game for EP. “An example of good pitching, timely baserunning and defensive plays, gave us the win,” said EP coaches after the game. “We don’t always dominate teams, but we pull together and work hard to win.”

These Townies will have to continue that process as the games get more difficult closer to the finals. East Providence faces a good Bristol/Warren team on Wednesday and if they can advance, most likely will face a Portsmouth team which hasn’t lost yet in the tournament.