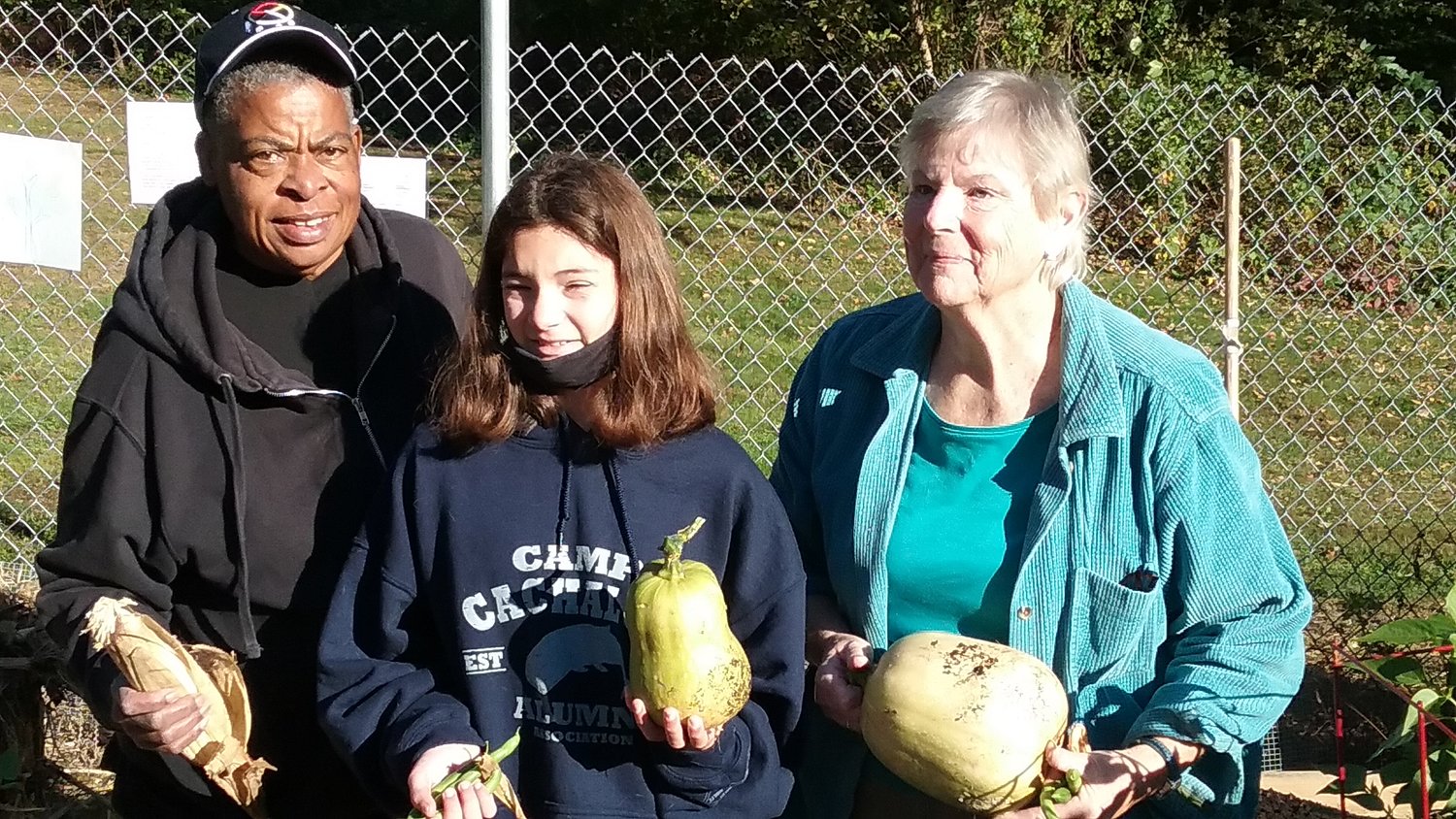 On October 23 the inaugural season of the Community Gardens at Hunt's Mills was brought to a successful and unofficial close. While there are still several gardeners bringing in the harvest until a killing frost, many took the morning to clear their beds and layer in compost for a later planting of a cover crop. Among these were a Three Sisters garden planted as a collaboration between the Pokanoket Tribe and the Girl Scouts. A Three Sisters garden comprises corn, beans and squash grown in close proximity in a symbiotic relationship in which the corn provides support, the squash covers the ground to keep moisture in and weeds out and the beans, as a legume, replenish the soil. Nutritionally complete, these gardens were an important source of sustenance for Native Americans and early colonists. Pictured on the left is Napauz Uppshaw (a beautiful way the Pokanoket denote Sunflower) holding an ear of the corn. She found the growing of people together as important as the growing of the crops and hopes next season to do this with more people (but fewer critters). In the middle with beans and squash is Katie of Troop 447. Getting her hands dirty is a feature, not a bug, of the work of gardening, as she has been a friend of all that crawls in the soil for as long as she can remember. On the right with another squash is Nancy Moore of the East Providence Historical Society, who facilitated the coming together of the two groups so as to make all this possible.