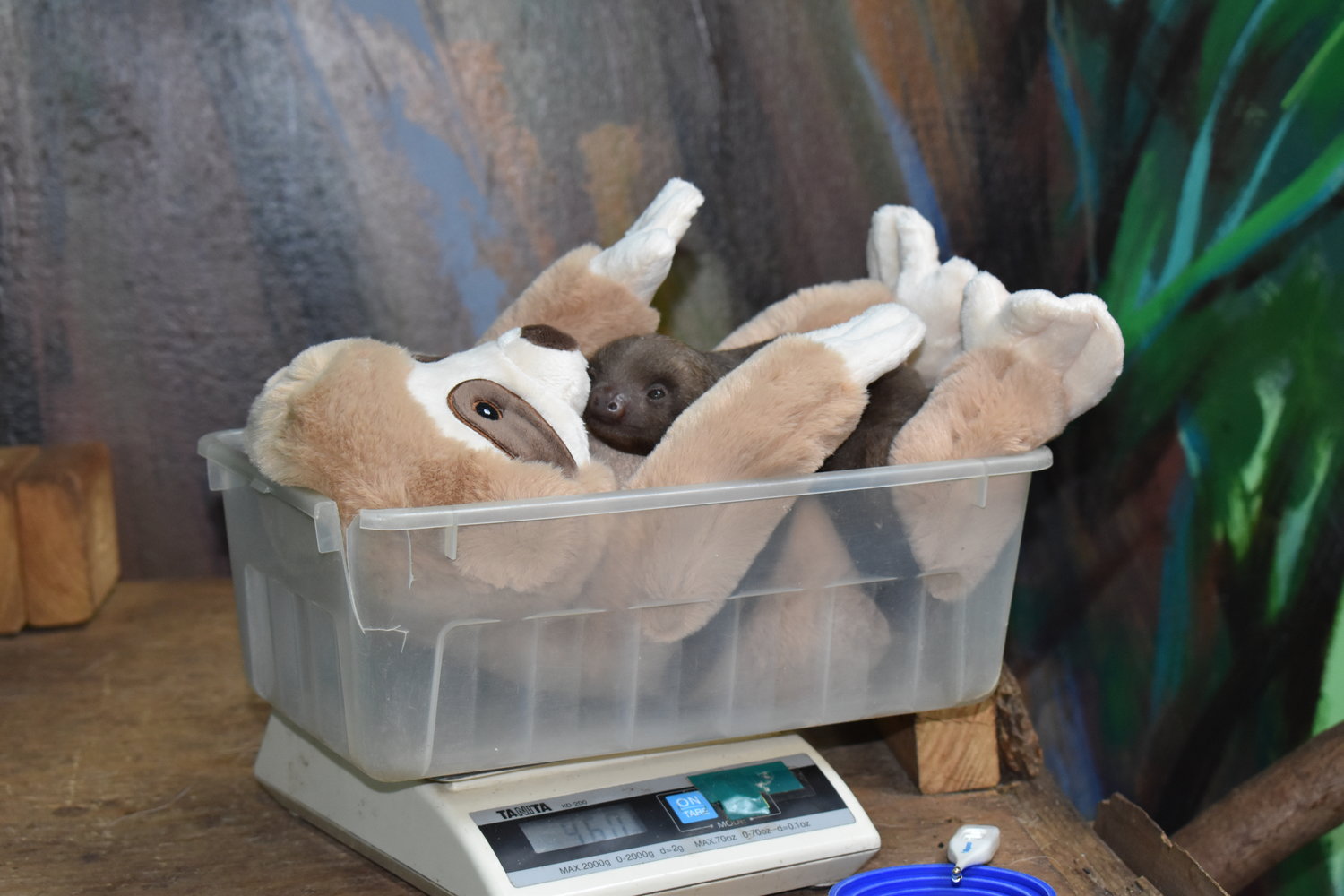 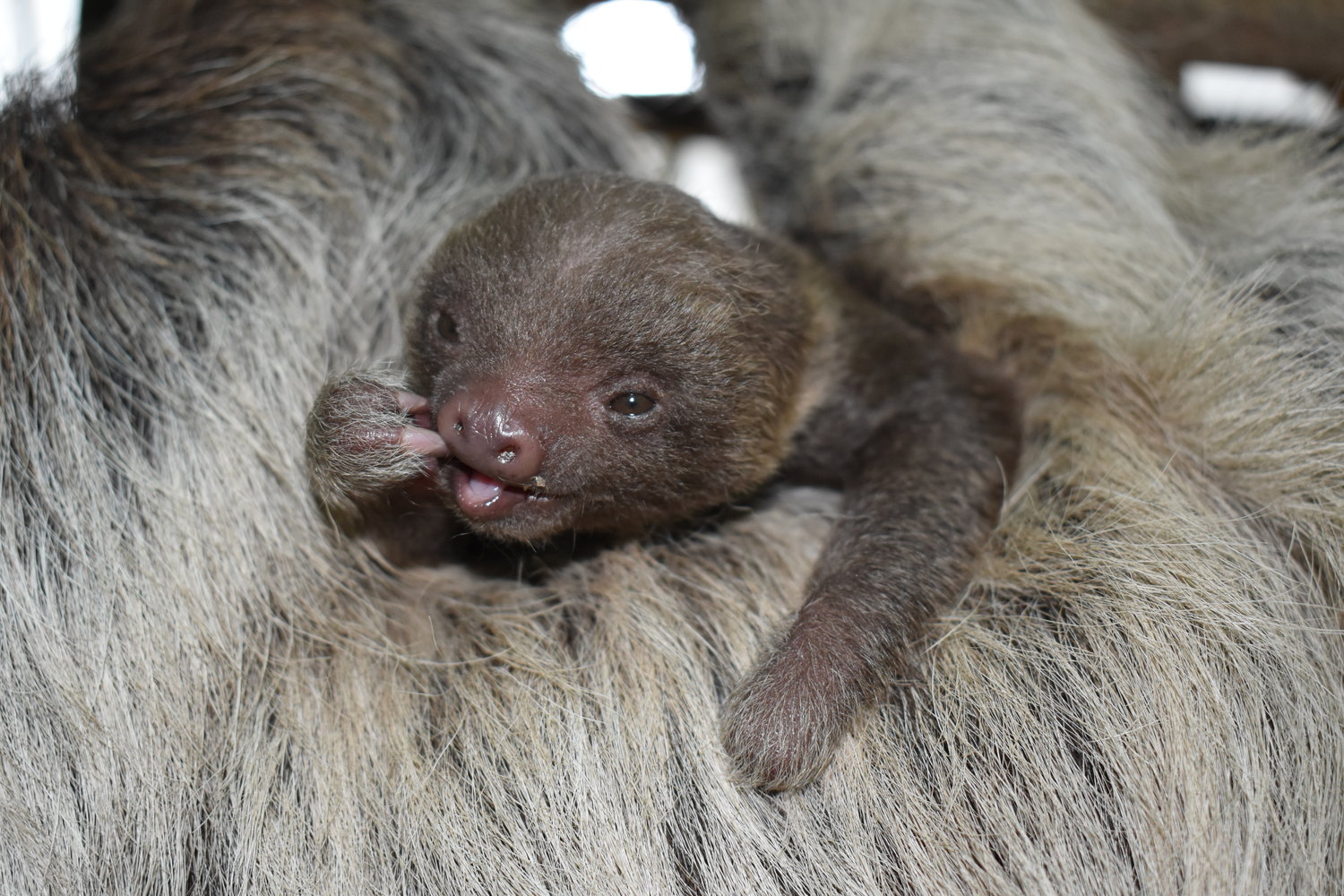 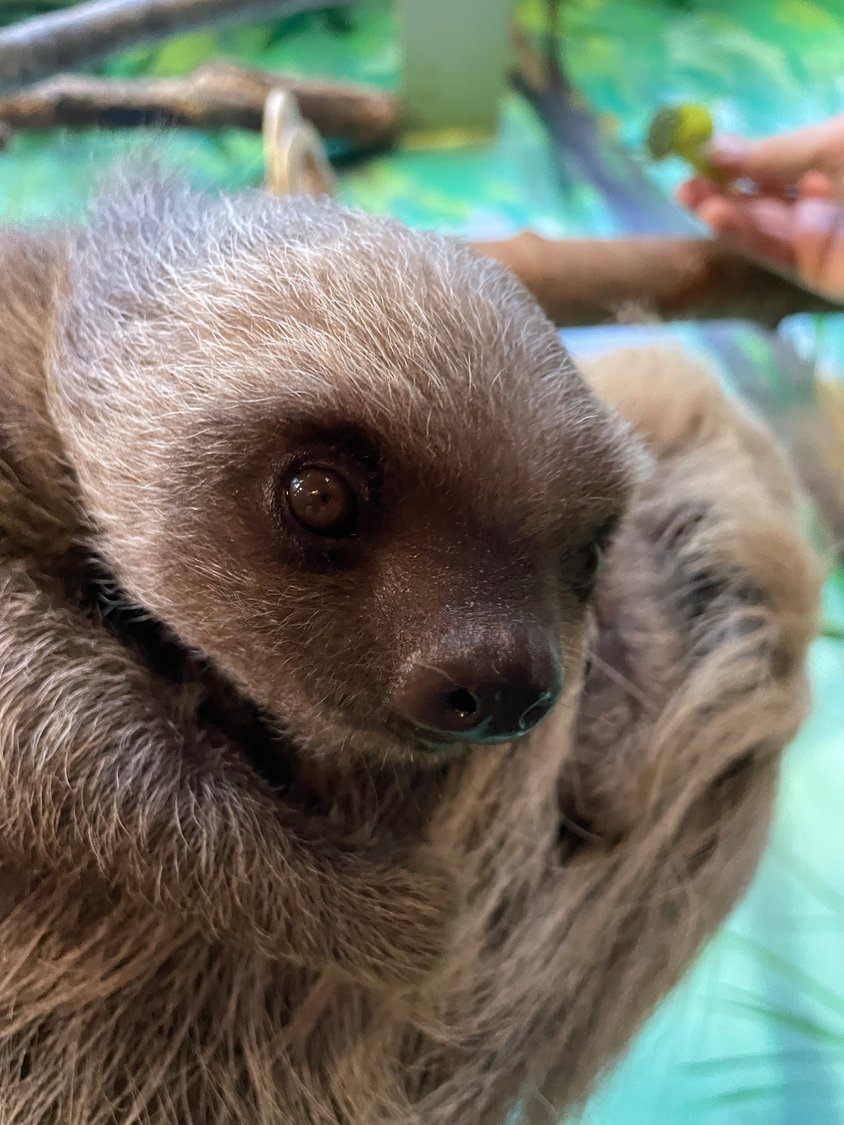 It's a boy! BPZOO is asking the community to help name the first sloth born in the Zoo's 127 year history 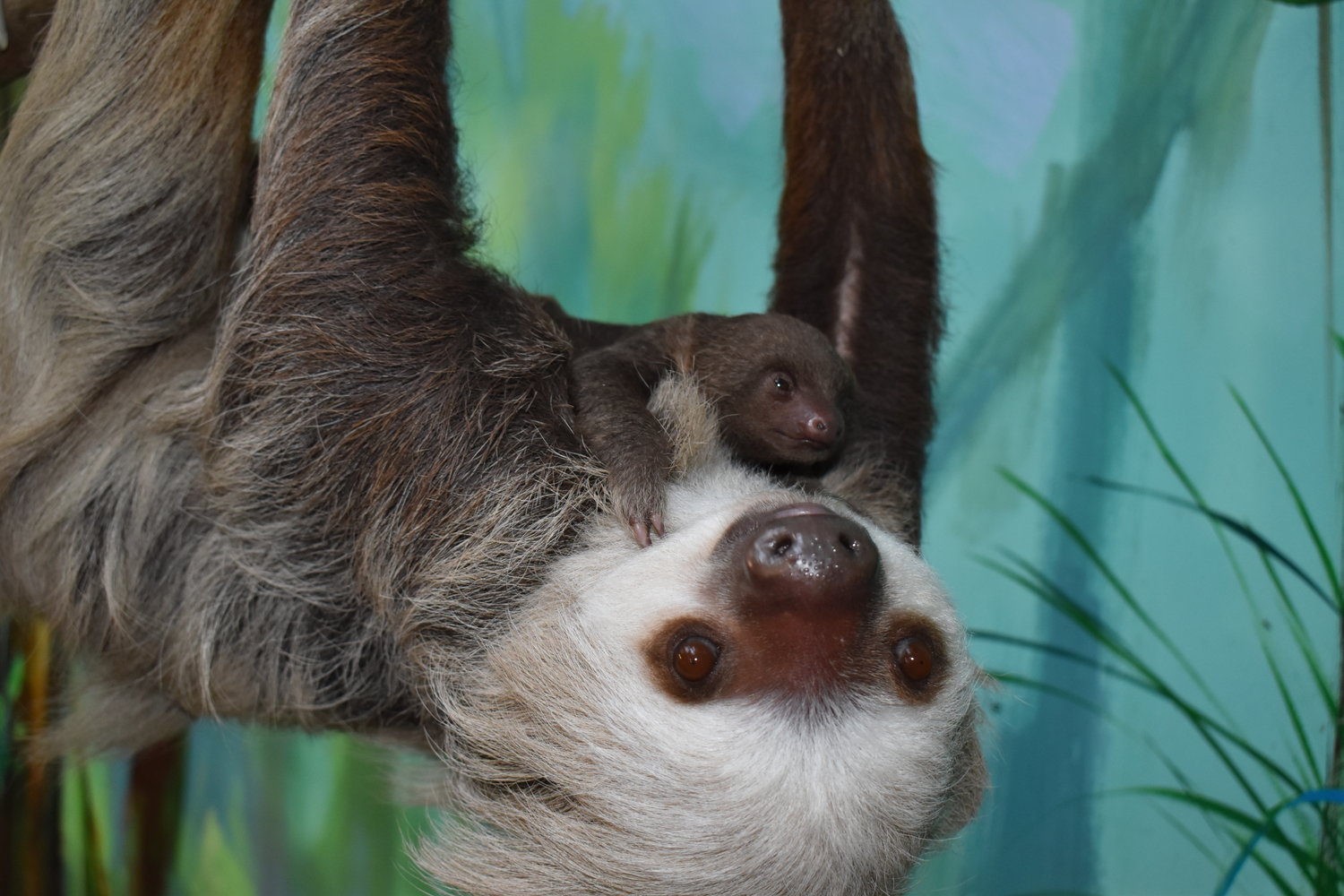 New Bedford, Massachusetts: On June 22, 2021, Buttonwood Park Zoo welcomed a Hoffman’s two-toed sloth baby – the first to be born in the Zoo’s 127-year history. On October 20, 2021, in honor of International Sloth Day, it was announced that Sandy and Bernardo’s baby was a male – and now the Zoo is asking for the community’s help to name him.

After soliciting name suggestions from social media followers and listeners of the FUN 107 morning show with Michael Rock and Maddie Levine, BPZOO convened a committee to weed through the over 500 suggestions and come up with a final list. That list is now ready to be put out to a vote. And the finalists are:
1.) Arlo
2.) Herman (as in Melville)
3.) Lento (meaning “slow” in Spanish)
4.) Moby (an ode to New Bedford’s Whaling history)
5.) Ziggy

The cost to vote for a favorite name is $1.00 – the more dollars donated, the more votes a name is given. Additionally, everyone who votes will be entered to win a chance for a private meet and greet with the sloth in BPZOO’s innovative Rainforests, Rivers, & Reefs building – the more a person votes, the more times their name is entered to win. Voting can be done by texting SLOTHNAME to 41444 or visiting www.bpzoo.org/whats-new/name-our-sloth/.

“Sloths are one of the most popular species at the Zoo,” BPOO Director Keith Lovett said in the press release announcing the birth. “Bringing additional awareness of these unique, fascinating animals will help further educate our audience on the importance of conserving wildlife.”

Proceeds from this naming contest will benefit sloth care at the Zoo and conservation in the wild. BPZOO resident animals provide a connection to their wild counterparts and, consistent with BPZOO's mission, the Zoo will be supporting the important work of The Sloth Institute, an in-situ conservation organization in Costa Rica, that works to enhance the welfare and conservation of sloths through the rescue, rehabilitation and release of hand-raised and injured sloths while also conducting vital research, conservation, and education programs to ensure their survival.

Hoffman's two-toed sloth, Choloepus hoffmanni, has two separate populations. The northern population ranges from Nicaragua into western Venezuela. The southern population ranges from north-central Peru through extreme western Brazil into central Bolivia. Although listed as Least Concern according to the International Union for Conservation of Nature, in parts of their range Hoffman's two-toed sloths are declining due to severe habitat degradation and fragmentation. Wild-caught individuals, especially offspring, are sold as pets as part of the tourist industry. This illegal trade is increasing and represents a cause of concern due to its impact on the wild population.

BPZOO offers a daily “Keeper Chat”, an opportunity to learn more about these slow-moving animals, at 10:00 am in Rainforests, Rivers & Reefs (face coverings are required to enter this building). The Zoo is located at 425 Hawthorn Street in New Bedford and is open from 9:00 am until 4:00 pm daily throughout the winter. Visit www.bpzoo.org for more information.