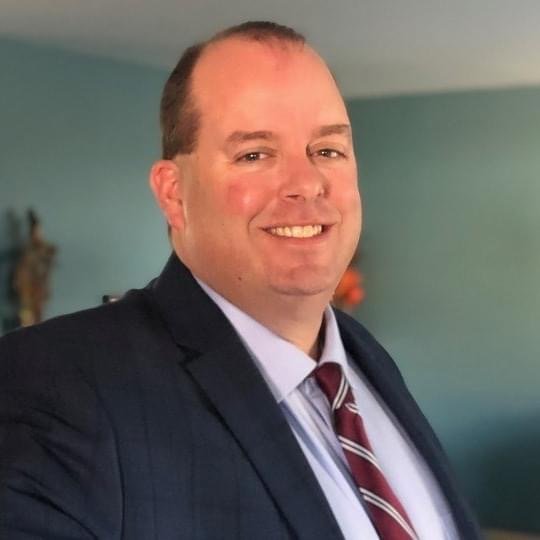 John B. Brogan (JB), 44, of East Providence, passed away unexpectedly after a brief illness on Tuesday, October 19, 2021 at Rhode Island Hospital. Born in Providence, John grew up in Bristol and later settled with his family in East Providence, where he spent the last 18 years. He was the husband of Crystal (Miranda) Brogan of East Providence, and was the son of Rick Brogan and Susan (Gregory) Abilheira of Bristol.

In his younger years, John attended and graduated from Mt. Hope High School in Bristol where he was a member of the marching band, playing the trombone, and was the drum major for the parade band. He loved sports of all kinds and also participated in various sports teams when he was a student. Later in life, John enjoyed watching all of the New England sports teams. He was an active Boy Scout, as well, even attaining the rank of Eagle scout. This gave him the opportunity to travel all across the country. In his adult life, John worked as a Regional Sales Representative for many years and just recently started his new position at Case New Holland. As an avid sports fan, he loved to watch his daughters play soccer and perform in their dance recitals. This prompted him to begin coaching soccer teams in East Providence. In his spare time, John loved boating out on Narragansett Bay and at the family lake house in Sturbridge, MA. Most of all, he loved to spend time with his children, family and all the friends he made in his life and the close neighbors he had from the lake.

In addition to his wife and parents, John is survived by his four daughters, Rebecca Helger and her husband Luke Archambault, Mackenzie Brogan, Jordyn Brogan and Kiley Brogan, all of East Providence; his brother, Greg Abilheira and his wife Allison of Swansea, MA; his two grandchildren, Leo John and Stella Lee, and his nephew Aidan.

Arrangements are with Smith Funeral and Memorial Services, 8 Schoolhouse Rd. Warren, where the family will receive relatives and friends on Friday, October 29, 2021 4-7pm. A memorial service in his honor will be held at 7pm.

In lieu of flowers, memorial donations may be made to a non-profit organization of your choice.