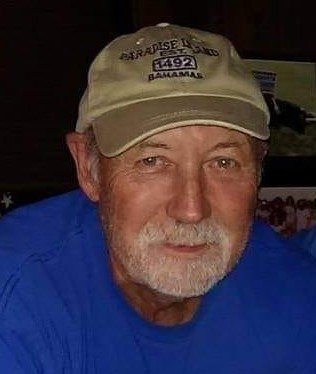 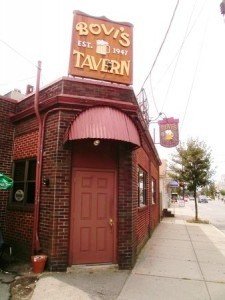 East Providence and much of the region said goodbye late last month to a local icon mostly known for owning the once thriving and famous Bovi’s Town Tavern in six-corners East Providence.  John Bovi was known throughout the music industry, mostly made famous by his “Monday Night Jazz” every week at his tavern.  Bovi also sponsored famous softball teams and was a community volunteer on many fronts.

Bovi's Tavern catered to locals who stopped by daily and for live bands on the weekends. Its most famous claim may be the Bovi contribution to the jazz scene in Rhode Island and indeed, nationally. For close to 50 years the club sponsored a jazz night on Monday evenings. Right up until the club closed a few years ago, jazz fans from all over the region would come to Bovi's on Mondays and listen to professional jazz. For most of those years it was the famous Duke Belaire Jazz Band that played to loyal big band and jazz fans on the famous raised Bovi’s stage.  It was a great tradition every Monday night since 1969. That was the first year that jazz great Duke Belaire and his 16 piece orchestra would take over Bovi's on Mondays. Duke Belaire and many talented musicians such as Art Pelosi (tenor sax), Mike Renzi (piano), Zolman “Porky” Cohen (trombone), Dick Johnson (alto sax) and Lou Colombo (trumpet); and later, younger players including Scott Hamilton (tenor and baritone saxes), Paul O’Day (piano), the great R.I. legend Clay Osborne (vocals), Greg Wardson (piano) and Hal Crook to mention some (RI Music Hall of Fame). Even Johnny Carson's band leader, Doc Severinsen made a couple of appearances at Bovi's.

After Duke Belaire retired in 1999, John Bovi brought in John Allmark and his celebrated 16-piece updated Jazz Orchestra. The Allmark band was a bit more progressive and modern than Belaire but still maintains that Bovi's and Belaire Jazz tradition. The Allmark band (JAJO) played right up until the Bovi's doors were closed tight.

Bovi's was the unofficial reunion spot for graduates of EP and LaSalle. It would start for many with reunion parties on the Wednesday night before Thanksgiving and continue with a morning visit before the Thursday football game for a beverage and game predictions. The rest of the weekend saw many impromptu gatherings at many local venues.  One of the groups to hold a reunion there was the “Friends of Kent Field.” The reunions were informal with no tickets just a get together of old friends from teenage days. The first few reunions were all at the iconic Bovi's Tavern which back in the day was a popular watering hole for this group.

On April 20, 2015, Duke Belaire was inducted into the Rhode Island Music Hall of Fame by John Allmark in a ceremony held at Bovi’s Tavern before a performance by the big band. Tavern owner John Bovi received a special citation in recognition of his commitment to keeping the big band sound alive. The Duke Belaire Orchestra and now the John Allmark group is seen as the longest continuing run big band in the United States.

No longer can Townie and Ram football friends stop in Bovi’s early Thanksgiving morning for some “refreshment” before the big game.  No more reunions.  It doesn’t much matter now that the Tavern and EP-LaSalle (meaningful) football games are no more.  And so too, John Bovi, the man is now gone.