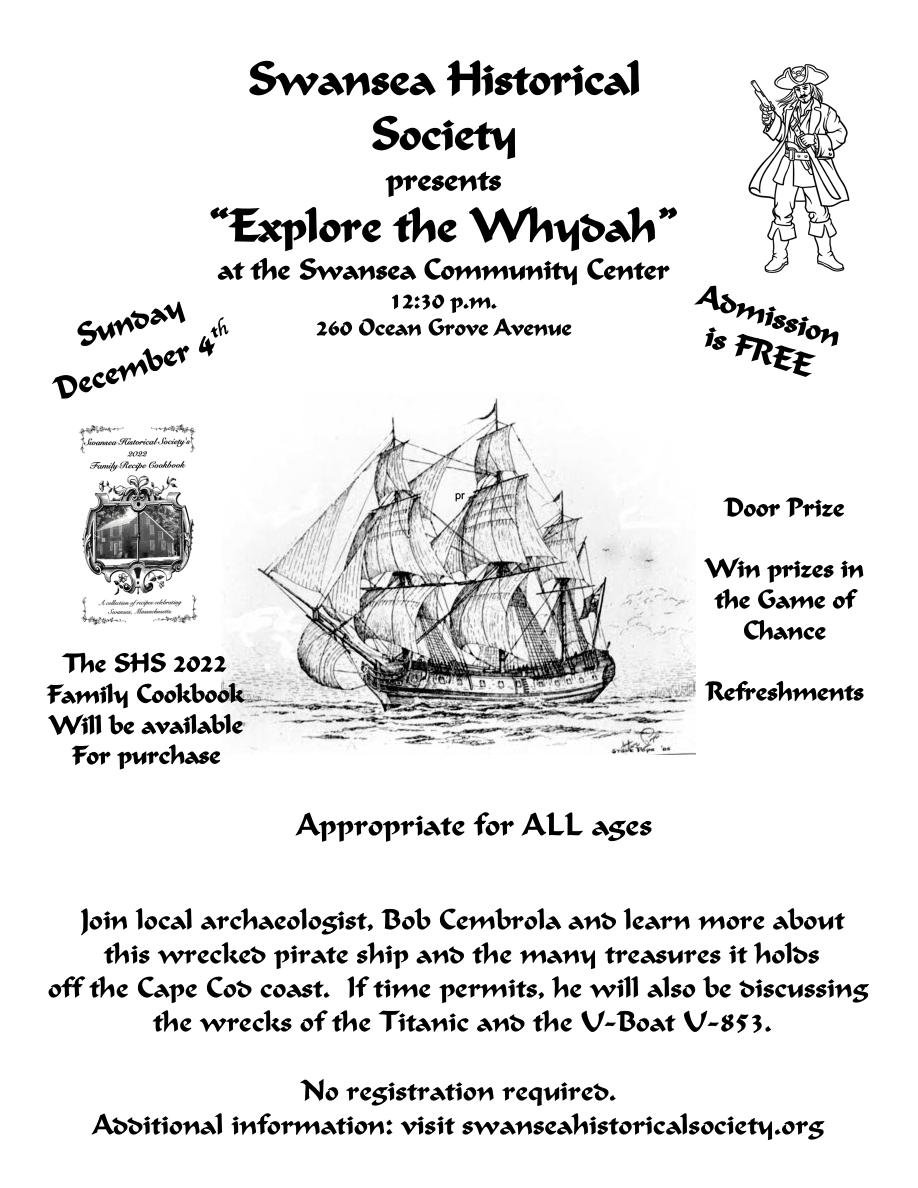 12:30 p.m. @ the Swansea Community Center
Join local archaeologist, Bob Cembrola and learn more about this wrecked pirate ship and the many treasures it holds off the Cape Cod coast.

"Bob Cembrola is the exhibits manager at the Naval War College Museum and has been diving since 1972. His first shipwreck experience was as a URI undergraduate on HMS Orpheus scuttled in Narragansett Bay in 1778. Since then he has been involved in numerous underwater archaeological projects including the sunken city of Port Royal Jamaica 1692 and HMS Republic 1909."/p>