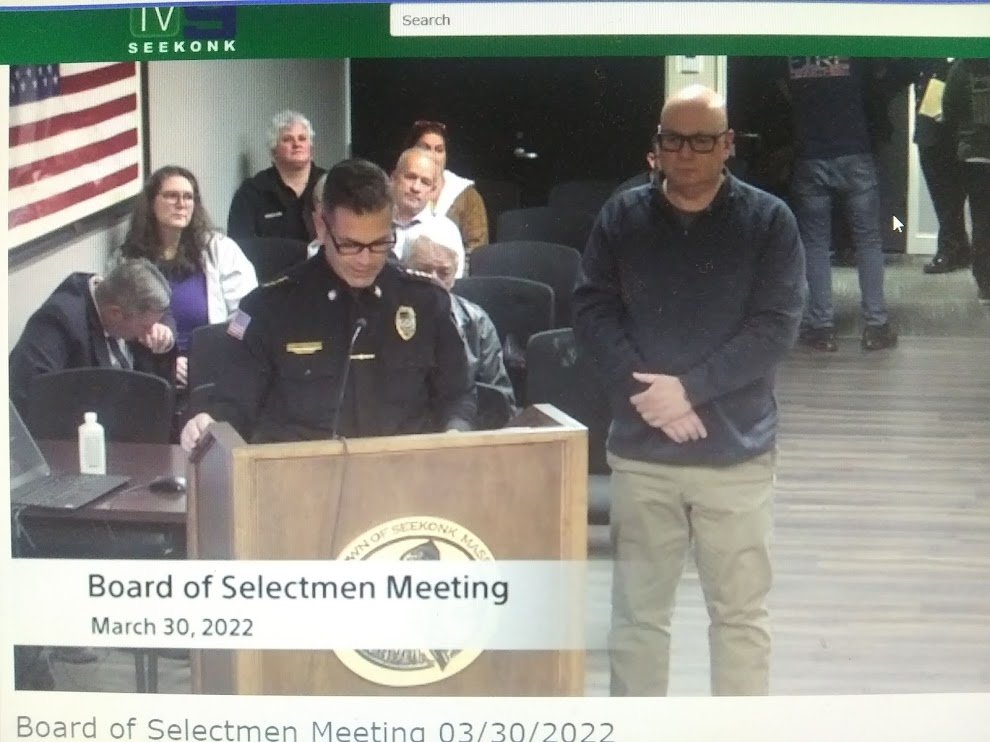 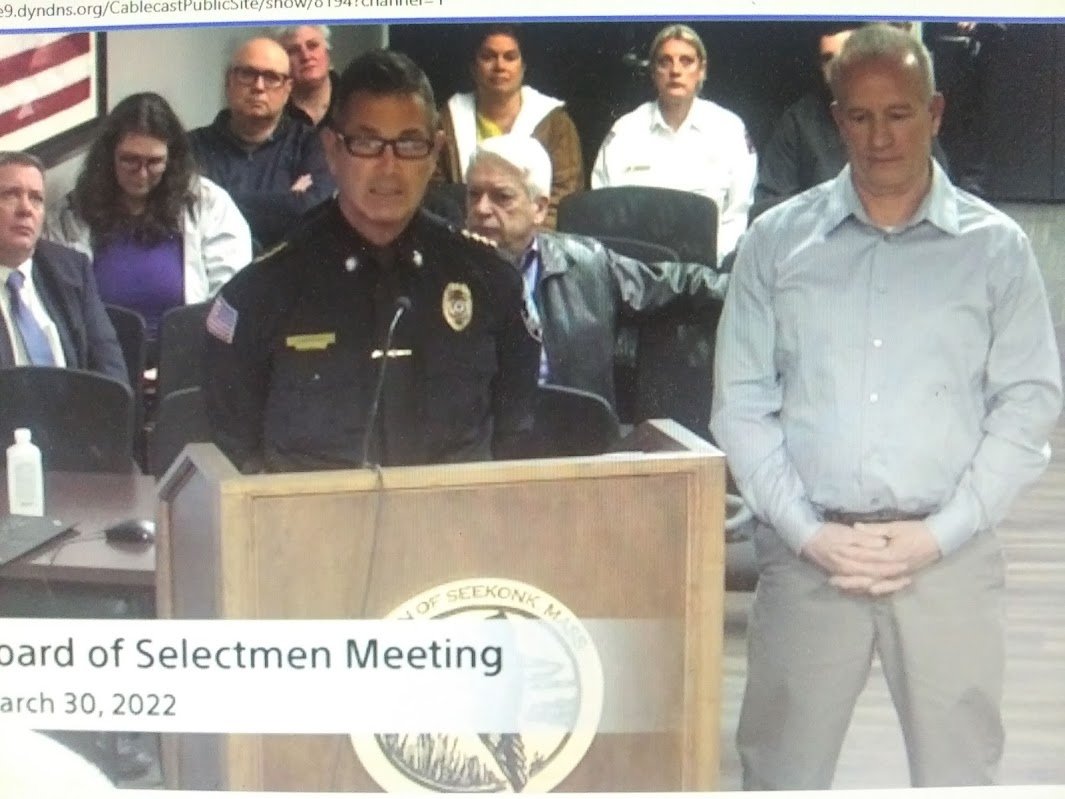 The Board of Selectmen honored longtime Seekonk Police Officers William Dallaire and James Roy upon their retirements.

Dallaire and Roy had been with the department for 35 years. Chairman Justin Sullivan said Dallaire was a “dedicated officer who earned the respect of, not only fellow officers, but residents as well. Bill has volunteered his services for many years to various charities.” Dallaire was in charge of a detail at Seekonk Speedway and was described as “a dedicated professional who always maintained a high level of integrity,” Sullivan said at the board’s March 30 meeting.

Roy, who began as a reserve police officer, served the citizens of the town “in an exemplary manner,” Isabella said. Roy also worked for the last 30 years as an employee of the Seekonk School Department.