Curtis Corner of S. Kingstown will be a formidable opponent for 11-0 Vikings 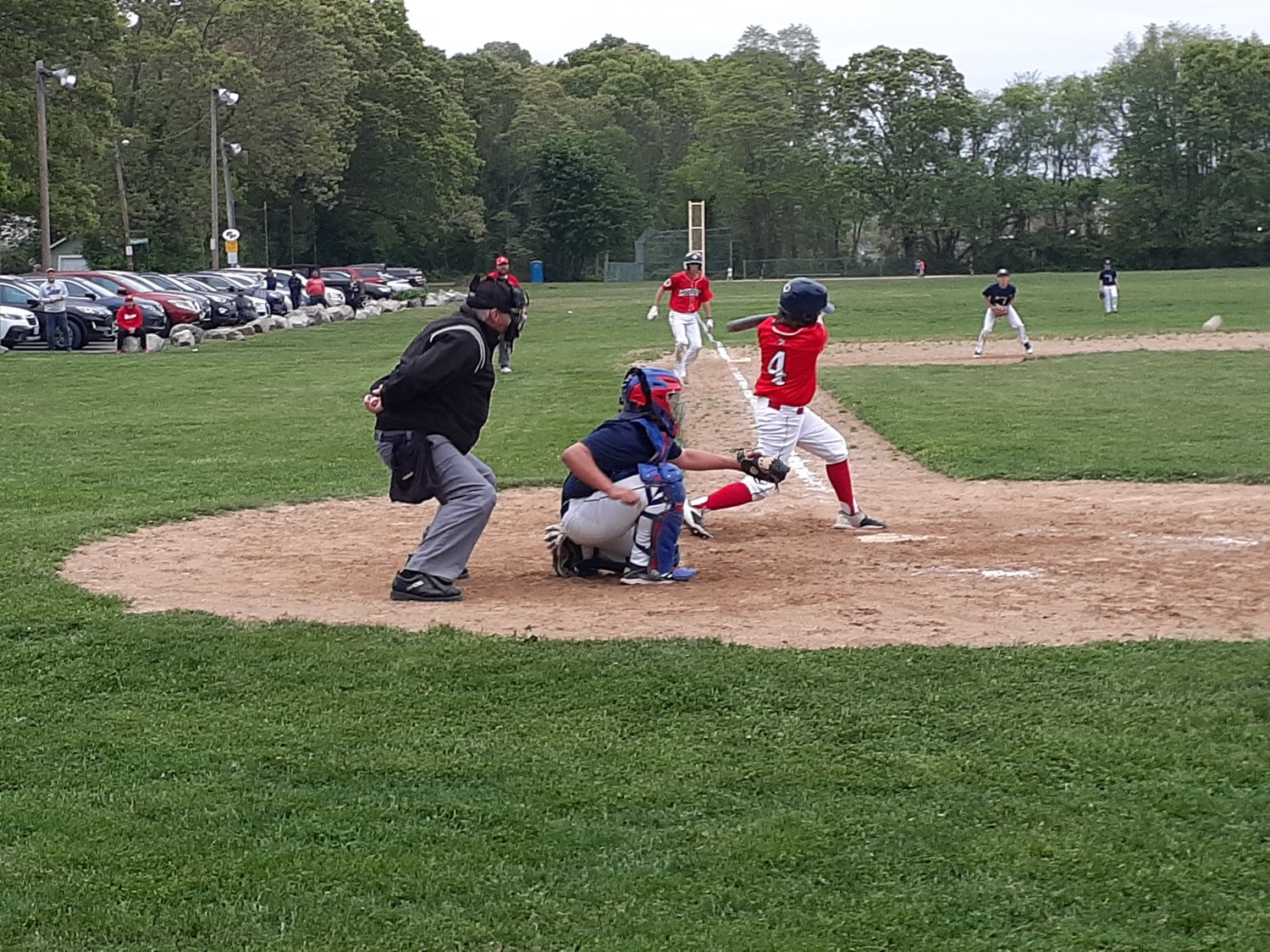 Ian Williamson at bat for RMS in an earlier game in Riverside.
bob rodericks photo 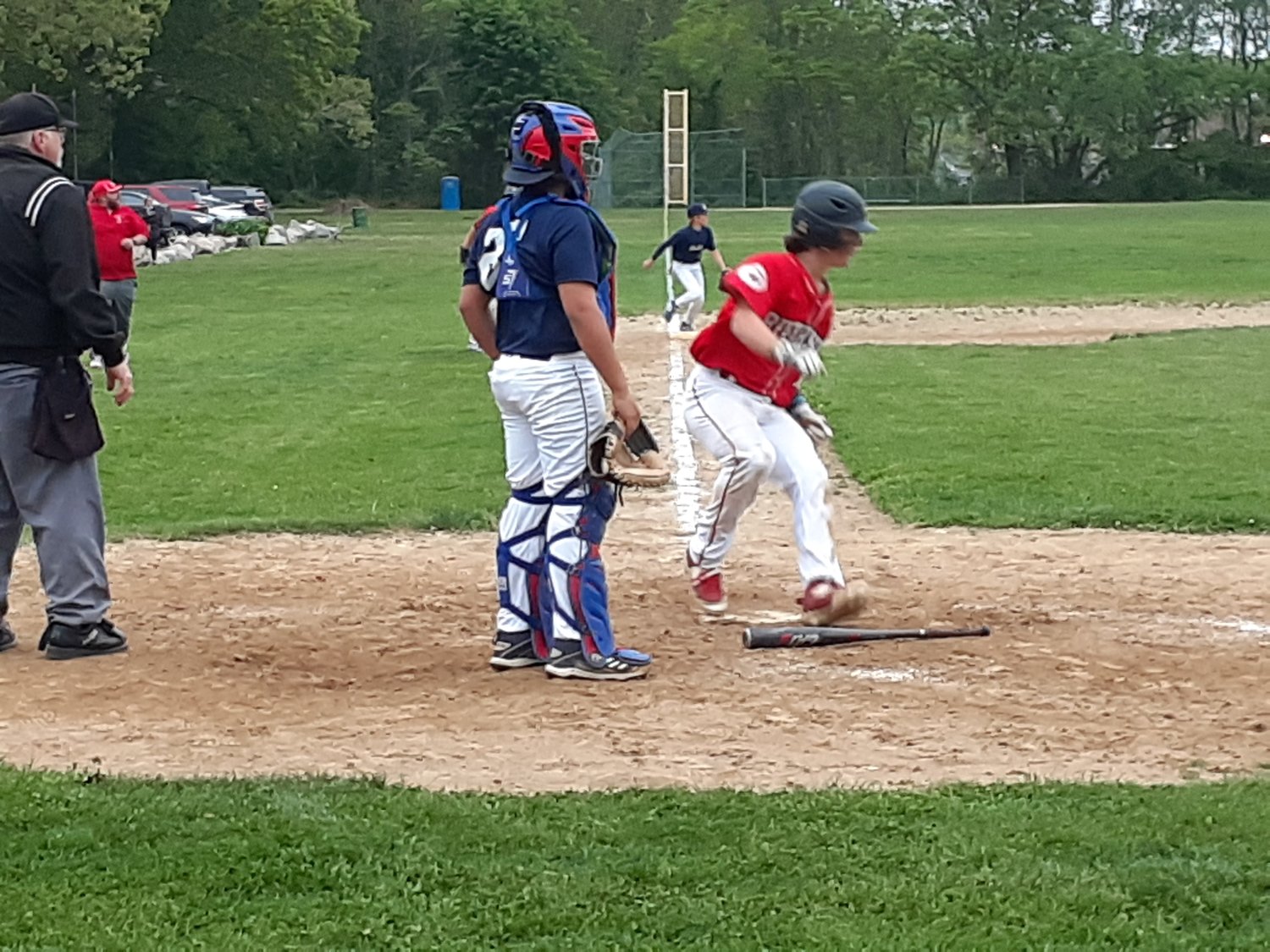 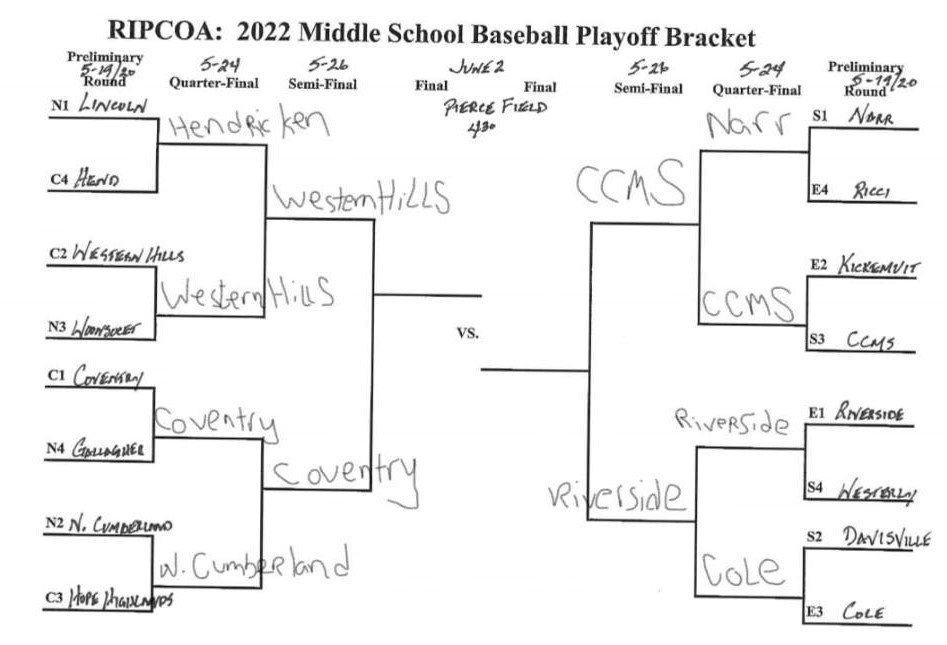 The  Riverside Middle School undefeated boys baseball team  has  reached the semi-finals of the Rhode Island Middle School  championship bracket.  The Vikings have received home field advantage throughout the tournament due to its unblemished season and playoff record.  The Vikings  have been the target of  RI middle schools and Curtis Corner  is determined to be the first to knock off Riverside.  Today's winner will play in the state championship game, scheduled for East Providence's Pierce Stadium on Thursday, June 2nd.   The other semi-final is between Feinstein MS (Coventry) and Western Hills, Cranston.   Narragansett and Hendricken were  eliminated.

Today's clash at Pierce Stadium will start at 5:30 pm.   The Viking  and  CCMS  fans are sure to be out in force.   "It's up to the kids at this point.  The coaches will guide them and we have a game plan, but in the end, this is a well-balanced group of talented baseball players.   They know what to do, they don't panic,"  said head coach Matt Laroche.