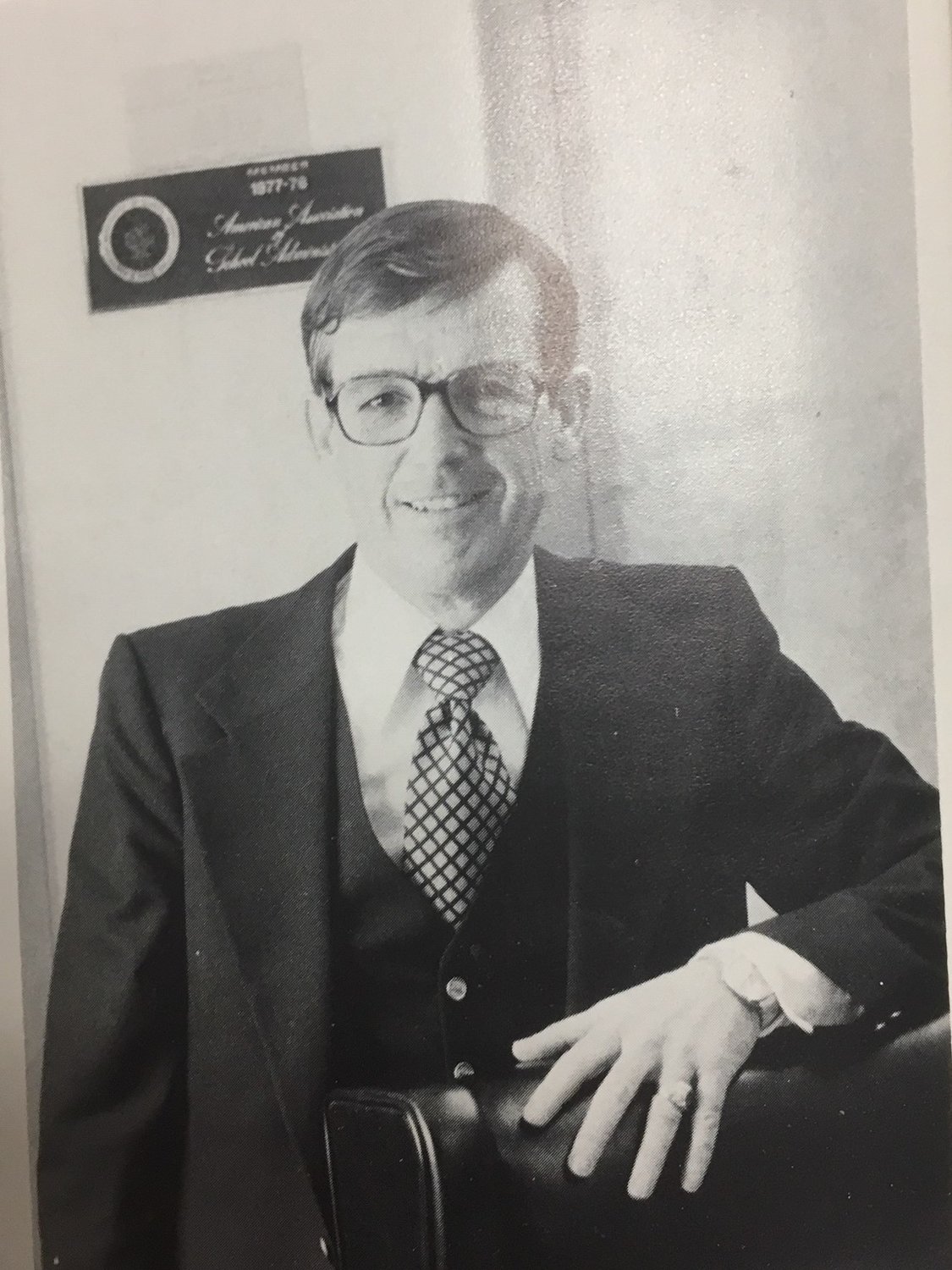 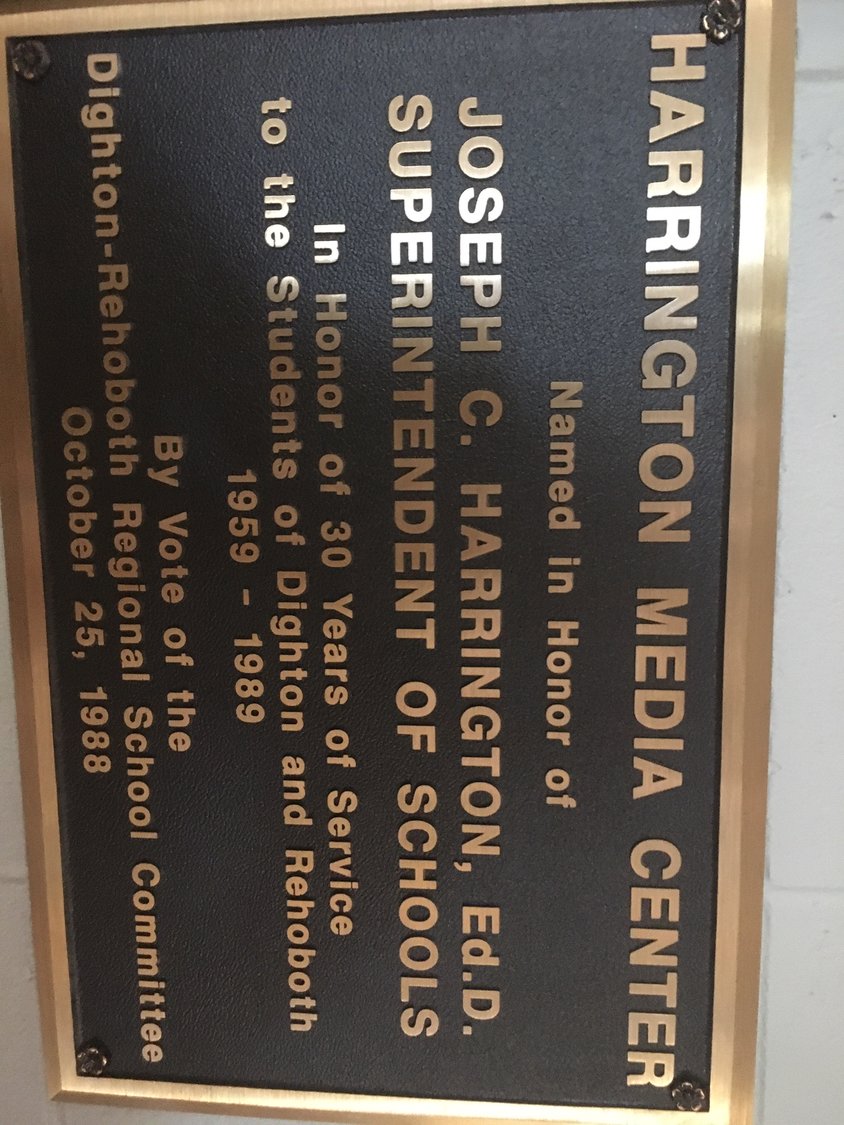 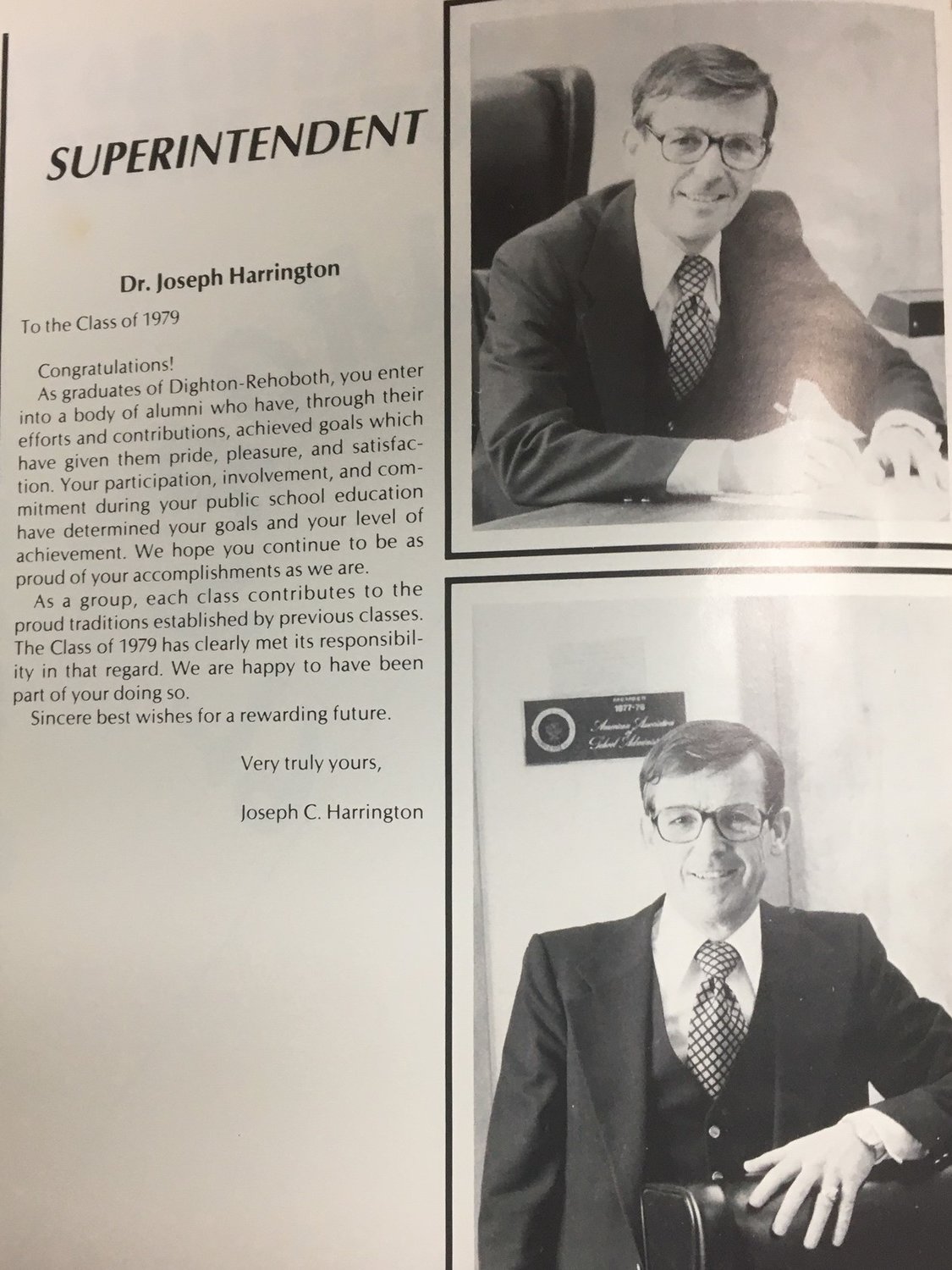 Joseph Copley Harrington, a former Superintendent of the Dighton-Rehoboth Regional School District, passed away on July 21. He was 92.

His career in education spanned over 50 years. When Harrington was named Principal of Dighton-Rehoboth Regional High School in 1959, he and his wife Helen moved their family to Rehoboth.

Upon his retirement, he continued his career in education as the Executive Director at Project Contemporary Competitiveness. Harrington served in the Navy during World War II. “He was one of the youngest high school principals in this area,” said Nancy Goulart, a former student of Harrington’s who serves on the Dighton Board of Selectmen.

Harrington was hired by the D-R School Committee upon the recommendation of Superintendent Robert T. Roy. “He worked on curriculum, scheduling, the layout of classrooms how each wing would open, and all the other things that principals did back then,” Goulart noted. The new building for Dighton-Rehoboth Regional High School opened in 1960.“Not all of the wings or classrooms were ready for students,” Goulart said. “We began in "D" Wing which eventually became the vocational high school on the east side of the building.  As the school year progressed, we moved into C, B, and A wings.  (Harrington’s) mobile office was a wooden apple box full of folders.”Harrington was later appointed Administrator of Secondary Education and worked with Dorothy Beckwith, Administrator of Elementary Education, for whom the D. L. Beckwith School was named, Russell F. Latham, Director of Special Education, and James Horton, Business Manager.   Those four individuals and the superintendent were central office administrators.  “As Administrator of Secondary Education, he worked with Dighton, Rehoboth and Berkley principals in the upper grades to make sure that students in those schools received comparable education because those students would enter D-R after completion of grade eight.  Berkley students were tuition students at D-R for many years,” Goulart explained.

Rehoboth Selectmen Chairman Skip Vadnais was a member of the finance committee when Harrington was Superintendent. Harrington was “a fine man, a gentleman,” Vadnais said. “He was always willing to listen.”