"I want the public to meet our newest officers," - Chief Parella 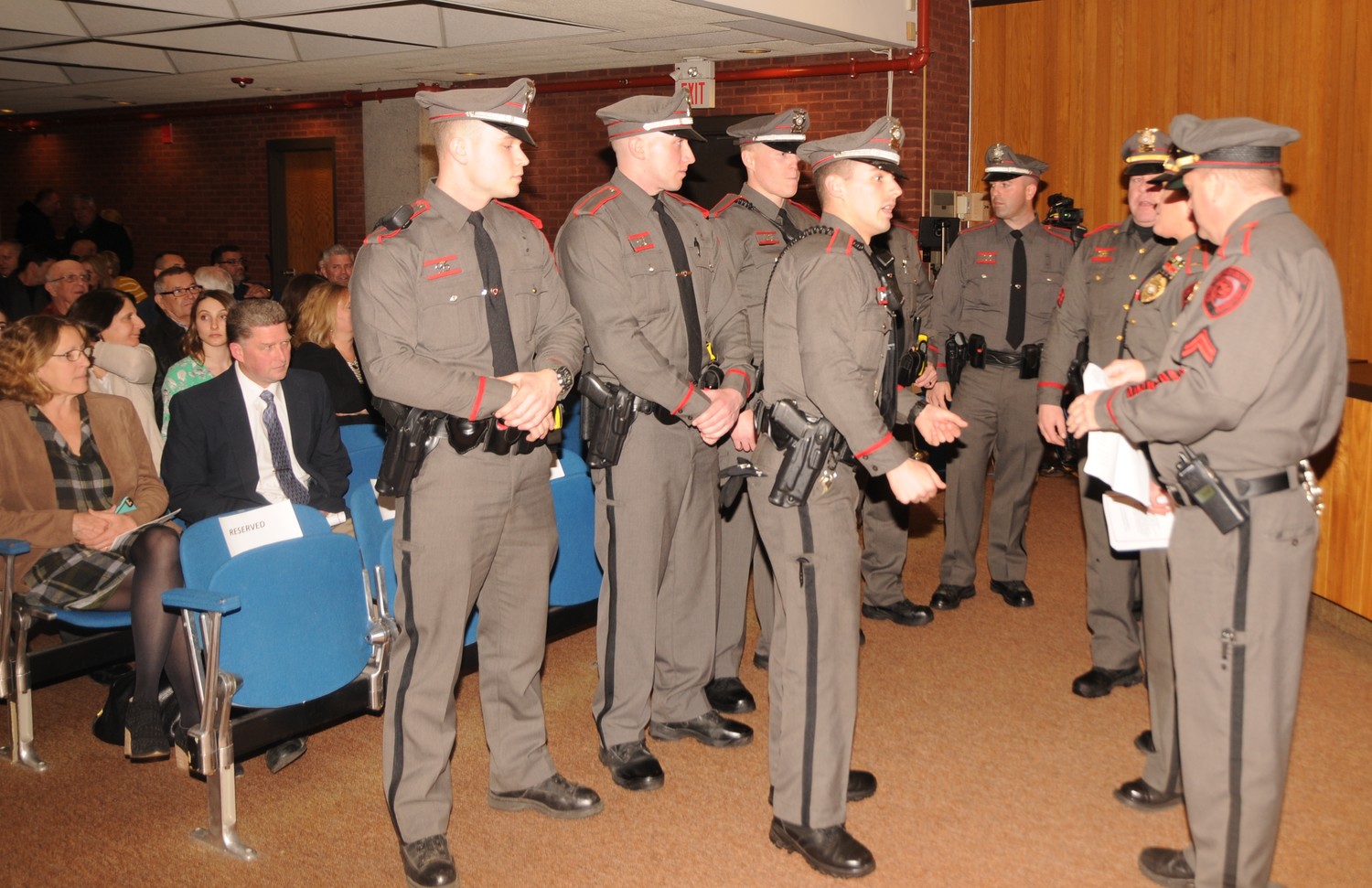 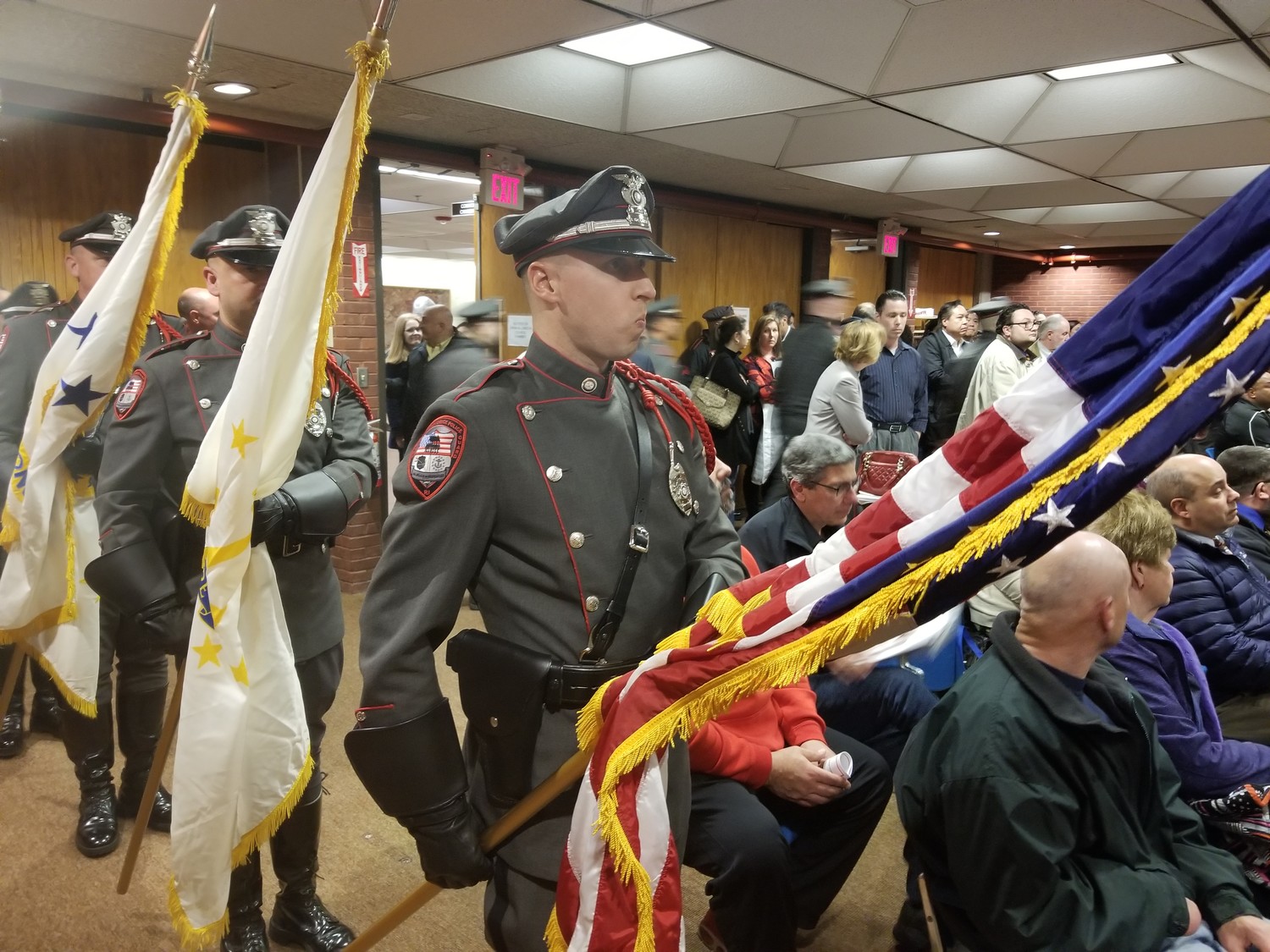 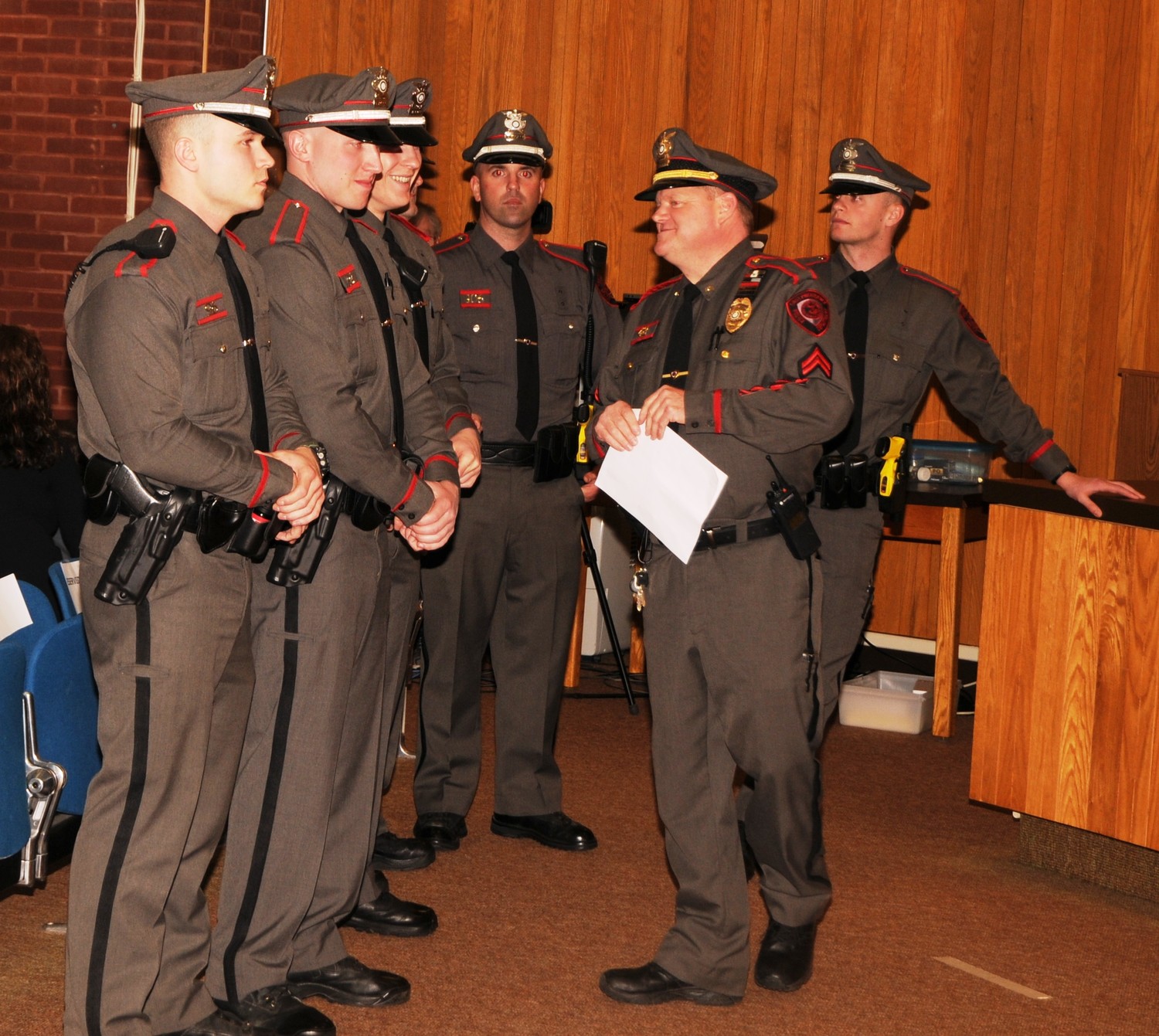 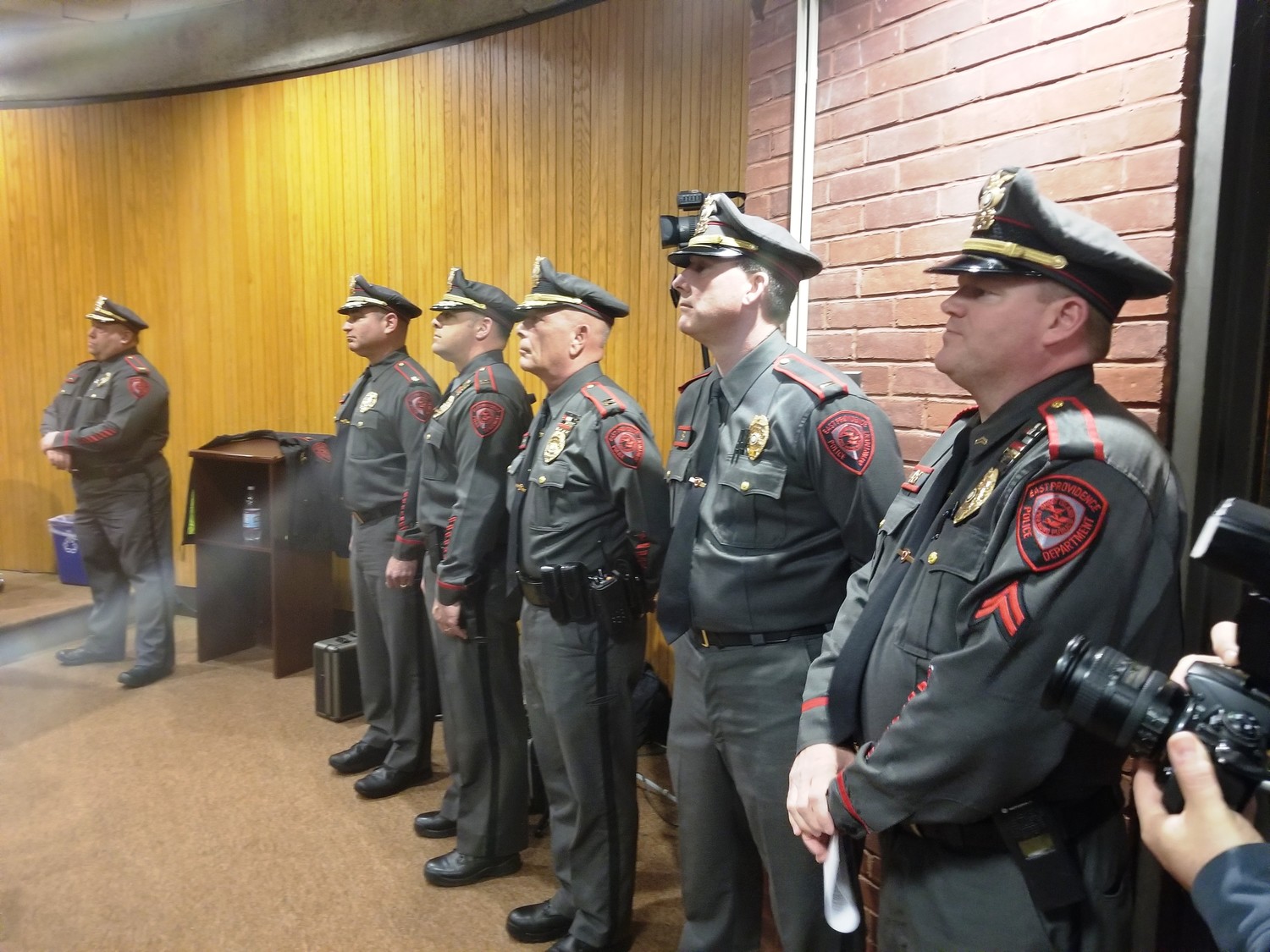 At the April 3, 2018 City Council meeting, the police department pinned 15 new officers and one K-9 dog named Chiko. "The officers have already been sworn in but I want the community to meet them and for them to meet East Providence," said Police Chief Chris Parella.

"As long as you officers are members of this department, you will have the support of all prior and current officers. Please respect our citizens and we will respect you," Parella told his newest cops.

The police honor guard brought in the flag corps and Captain James Nelson read the roll call of names. Captain Christopher Francesconi presented badges. The Oath of Honor was given by Mayor James Briden.