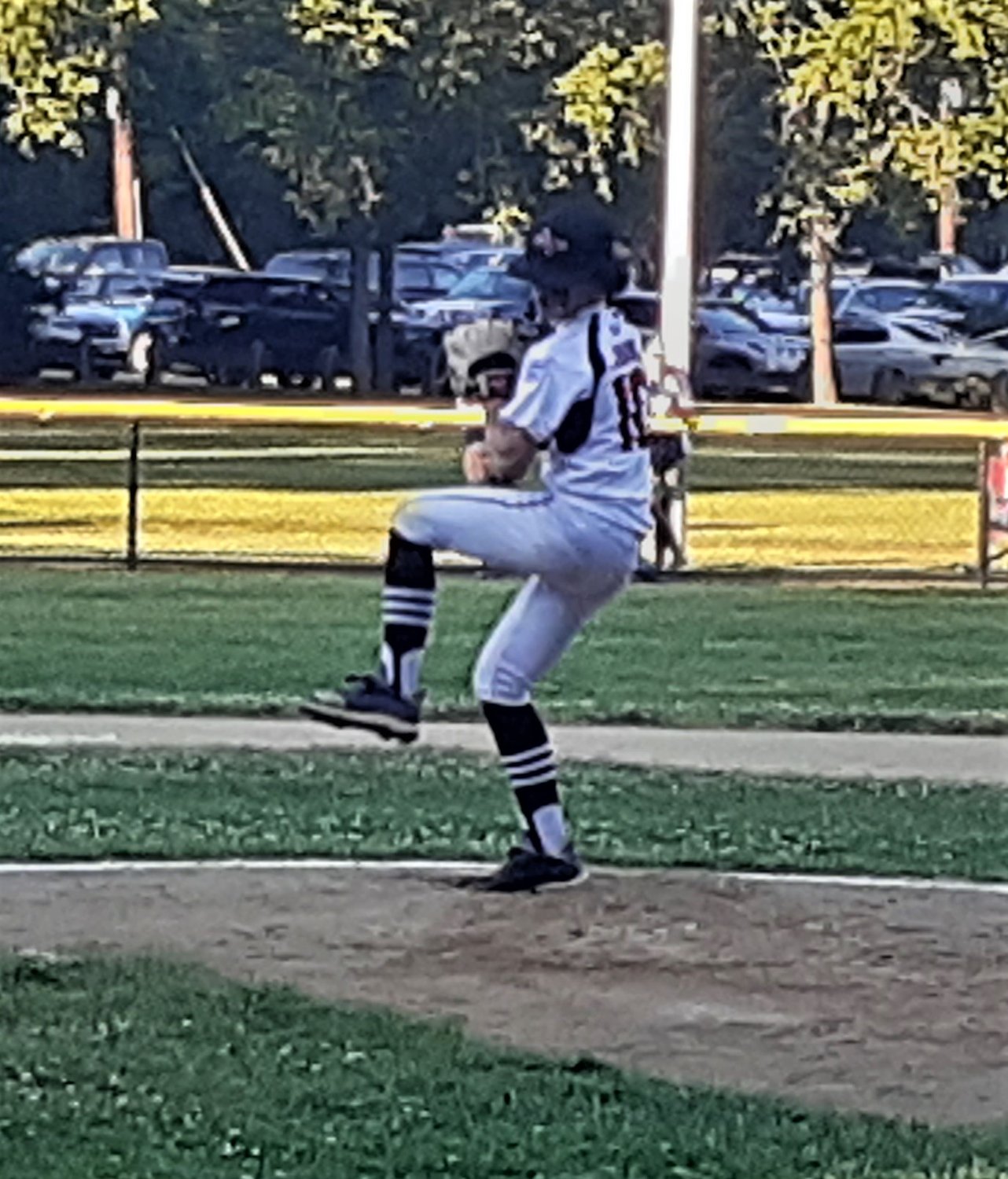 East Providence's Jonathan "JJ" Renaud struck out 15 of 18 batters faced and issued no walks in a dominating all star performance against Barrington on Saturday.
bob rodericks photo 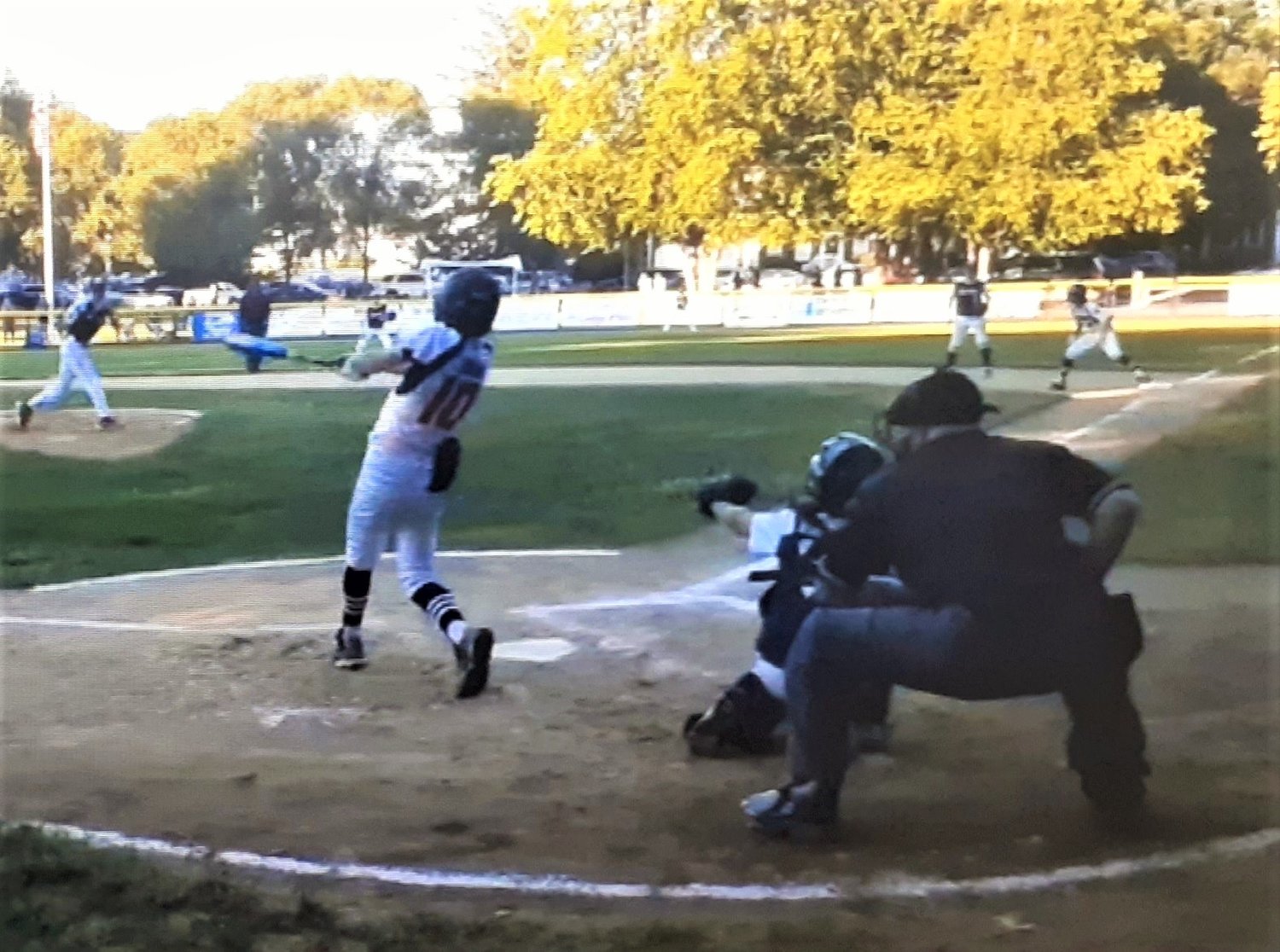 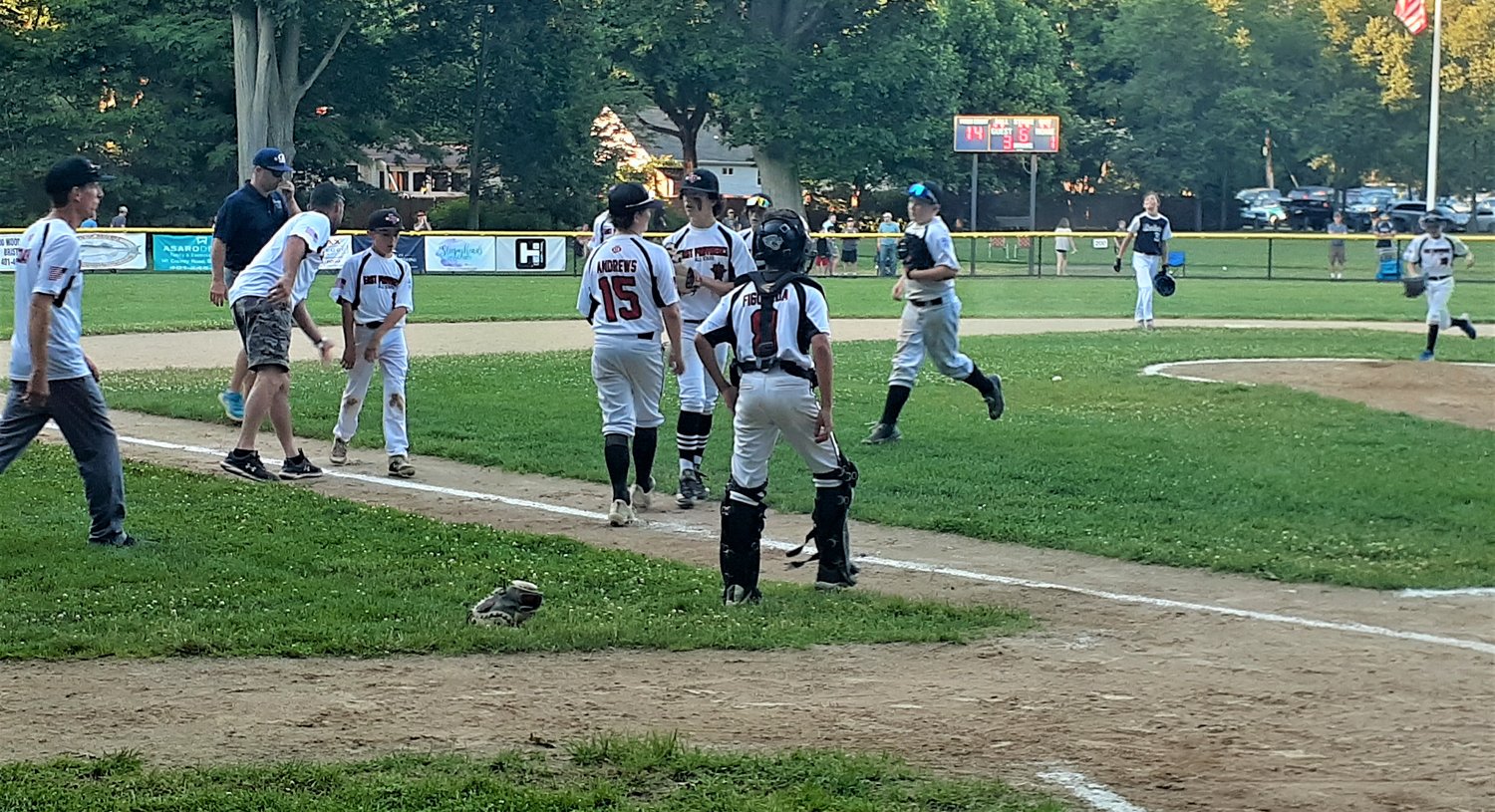 Jacob Sousa gets Barrington to ground out to end the game.
bob rodericks photo 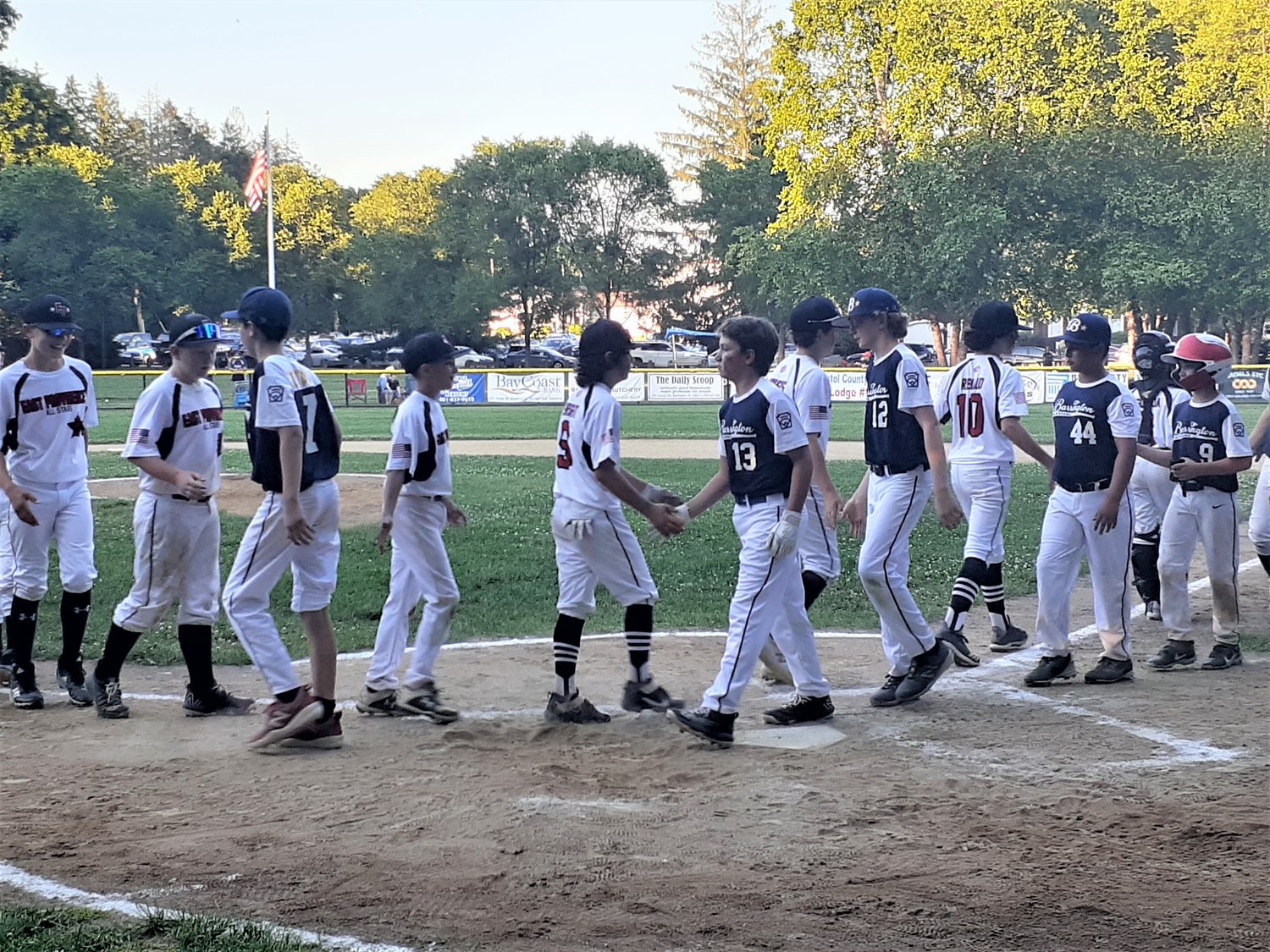 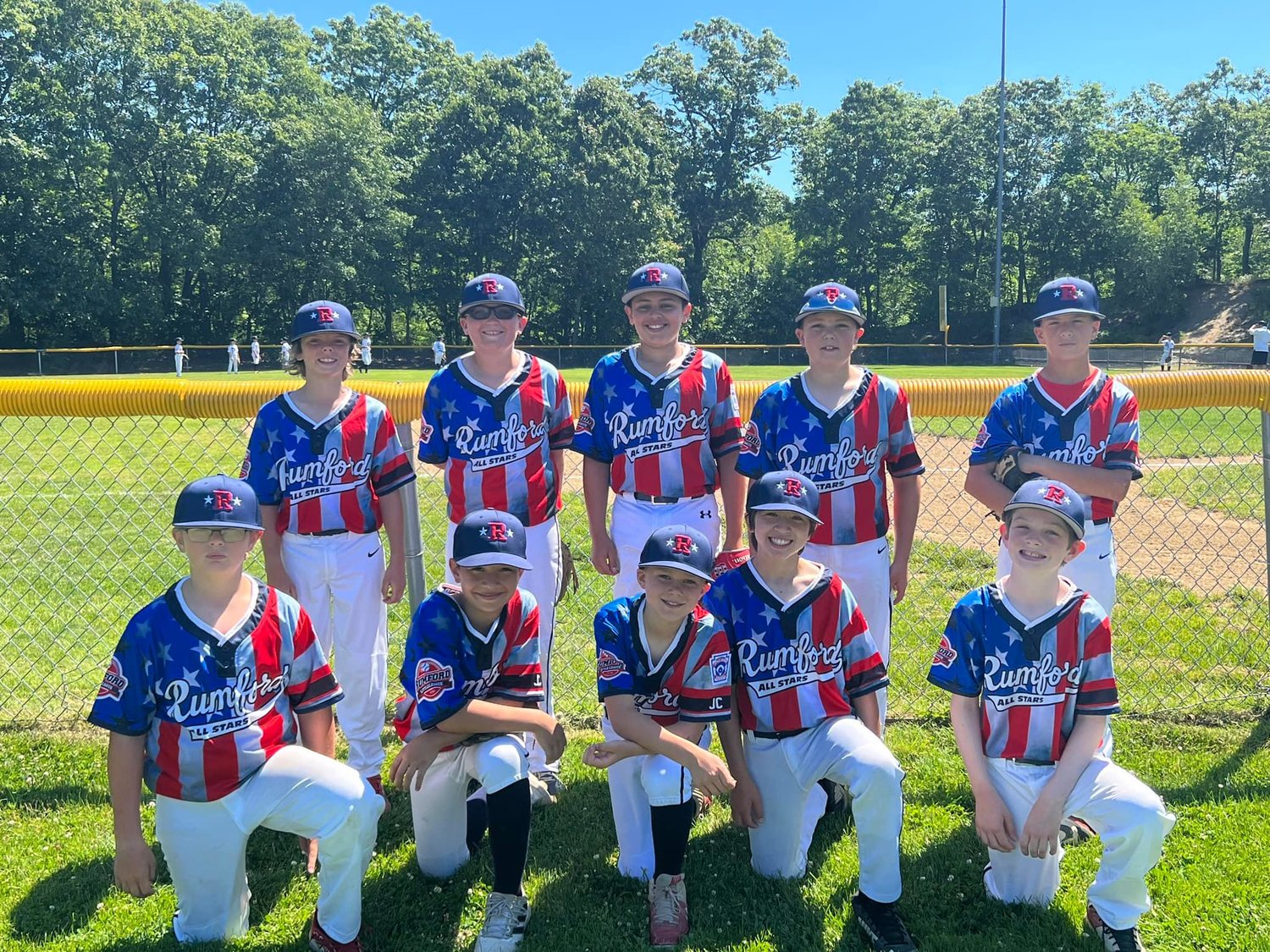 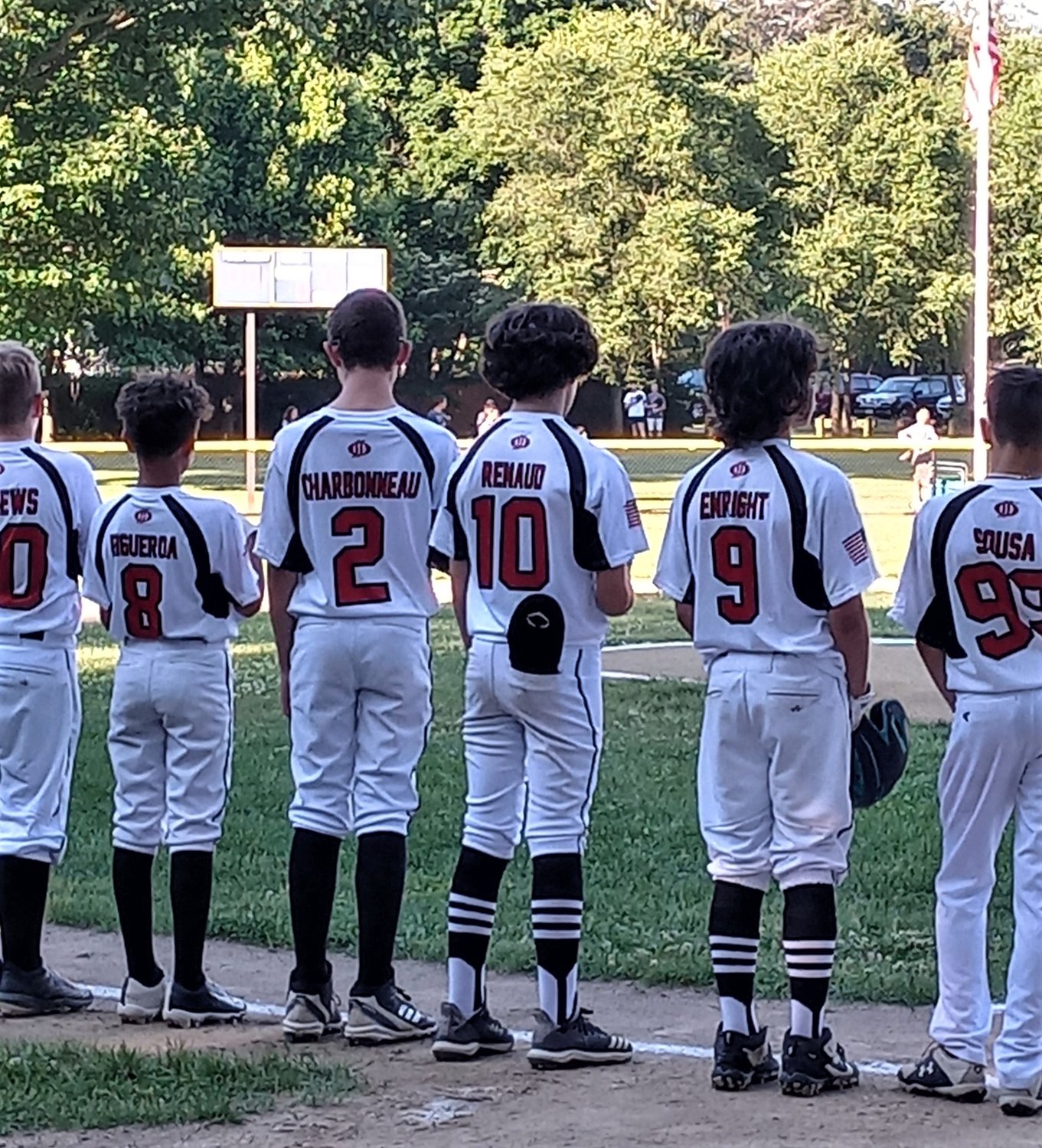 Led by an impressive 15 strikeout, one-hit pitching performance by Jonathan "JJ" Renaud, East Providence/Riverside defeated Barrington 3-1 Saturday at Barrington.  Renaud also knocked in all three of EP's runs with an RBI infield single in the 3rd inning to break a scoreless game.  Renaud then crushed a homerun to deep center field with Alex Enright on base to give EP a 3-0 lead.  In addition to striking out 15 of 18 batters he faced, the EP pitcher did not issue any walks.

Although it was hard to not acknowledge  Renaud's dominant pitching and hitting efforts, team coaches lauded the team for keeping the game close with balanced play.   Manager Vin Enright and coaches Tom Wall and Mike Sabourin stressed the positive team atmosphere in practice and leading up to their first All-Star win.  "What a job by JJ, on the mound and at bat," said Enright.  "Barrington didn't hit much but when they did our defense made the plays," he added.

Renaud came close to a complete game victory but due to little league "pitch count" rules, Renaud couldn't finish the bottom of the 6th inning.  Enright called on Jacob Sousa to finish the last inning on the mound.  Sousa did just that holding back a rally-minded Barrington team with a strikeout and ground out to third to end the game with a 3-1 win.

East Providence (which is a combined Riverside/EP Central LL group)  will advance in the winner's bracket to play Portsmouth at Portsmouth's Sherman Field, today Sunday at 5:45 pm.  Portsmouth beat Middletown 5-1 on Saturday.

In other little league all star action, Rumford Majors lost their first game in a close 3-2 game with Pawtucket in a game played at Pineview LL.  Rumford will now play today, Sunday,  against Newport at Hogan Field in Newport.  Bristol/Warren defeated Newport 5-0 on Saturday.