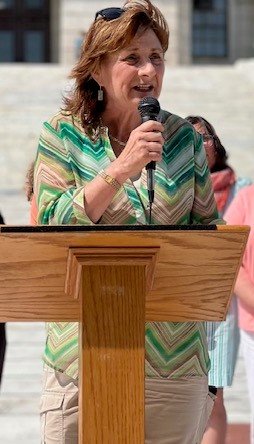 I want to publicly thank the members of the CRMC Study Commission for their thoughtful, deliberative work reviewing and assessing the Coastal Resource Management Council. This diverse group of professionals included representatives of Save the Bay, the Audubon Society, town administrators, planning professionals, a town council member, the dean of the University Of Rhode Island Graduate School of Oceanography, a representative from the Rhode Island Builders Association, a member of the RI Saltwater Anglers Association, and a member of the RI Shellfisherman’s Association.

They shared their personal expertise and asked insightful questions sparking meaningful discussions on how the CRMC can better serve all Rhode Islanders. These hearings were the first conversations in over a decade on the critically important and ever-changing role of the CRMC.

The mission of the CRMC is to “protect, preserve, develop, and, where possible, restore Rhode Island’s coastal resources through comprehensive and long-range planning to produce the maximum benefit to society.” Since it was first organized in 1972 by federal law, the work of the CRMC has changed dramatically, from authority over offshore wind projects to implementing the Act on Climate to permitting a growing aquaculture industry in salt ponds along our coastline.

The CRMC must be a state priority. The CRMC Study Commission took its work very seriously, framing short-term and long-term recommendations to make the process and governance of the CRMC work better for our citizens.

Some of the recommendations include term limits for council members. The commission recommends three 3-year terms as well as a staggered exit for many current members whose terms have expired. The study commission recommends the governor appoint members to the CRMC who have interest, experience or qualifications in planning, zoning and environmental issues. We recommend the Senate move quickly to confirm appointees so this council can meet its statutory obligations to the people and our coastline. The CRMC is too important to not have enough members for a quorum.

Regarding aquaculture, we recommend that applicants hold a public hearing in the community to explain the scope of the project, answer any questions and address any concerns before a permit is issued by CRMC. If someone wants to use the public trust, the public must be notified.

The commission also recommends a full-time attorney to serve the staff and executive director of the CRMC to mitigate any the potential for conflict of interests with a part-time attorney. A full-time hearing officer should be hired to hear both contested permit cases and enforcement cases.

There are several long-term recommendations that would help reorganize and modernize the outdated CRMC as we prepare for the future. The full report is on the General Assembly website under “Commission Reports.”

Thank you to the members who embarked on a bold journey of analyzing, assessing and framing measurable solutions. We have laid a solid foundation for the work. This is not the end of the CRMC discussions; it is now the beginning of the work ahead.