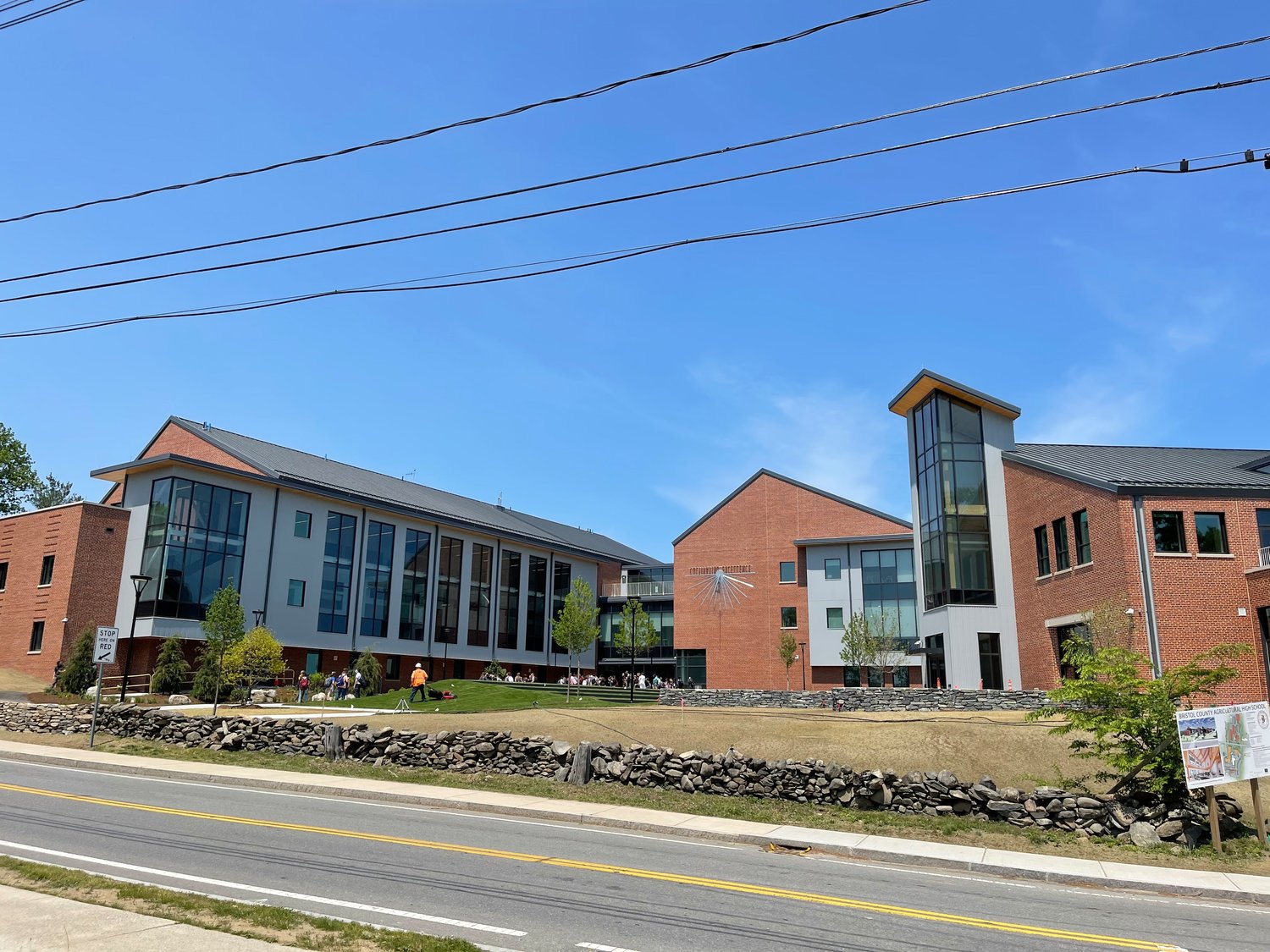 Dighton, MA: - It had been decades since the last update and even longer since a major renovation to Bristol County Agricultural High School. Now, as we head into 2022, the additions and renovations to the agricultural school’s campus are almost complete. The final new building, the dairy barn, will open in January marking the end of a four-year construction project and the start of what will be the school’s exciting future.

This was a complicated, occupied, phased construction project with science labs and a full range of specialized learning shops. This project stretched across 6 buildings, including 4 completely new buildings and 2 major renovations. Despite the magnitude of the project, the square foot costs are low relative to other recently built, comparably sized buildings. According to data tracked by the Massachusetts School Building Authority, Bristol Aggie’s square foot costs are $425/square foot while other school projects that involve new constructions and renovations are averaging $457/square foot. It’s always great when projects are completed, but also wonderful to find out the tax dollars used to complete a project were spent wisely.

From the very beginning, there was a focus on fiscal discipline and being sure that every dollar was maximized. Although the project was complex, the School Building Committee, Owner’s Project Manager, and the Architect with help of the Construction Manager, worked together throughout design and construction to ensure that the costs were under control. Although there is not a specific formula for every project that ensures this outcome, setting fiscal goals that align with the project goals is the best place to start.

At Bristol Aggie, simple and durable materials were very important. Finishes like exposed concrete floors that have low maintenance costs were used wherever possible. The use of abuse resistant sheetrock with paint as the finished wall surface was only an option in many of the heavily circulated areas because the students take great pride in their school. Physical damage to walls is almost unheard of. It’s wonderful to be part of a project and community where the student and faculty take great care of the space they learn and work in. Throughout the process design decisions were carefully vetted to create appropriate and practical solutions. For instance, the client was very eager to have the new buildings create a cohesive design language for the campus. This language draws references from the historic existing academic building as well as the farm vernacular. The architects worked diligently to capture the detailing and the spirit of the original academic building, through brick selection and brick patterns, precast window sills, and similar roof lines. As cost estimates came in, and it became clear that some of this historic detailing was expensive, the architects simplified the buildings and balanced the historic aesthetic with a simpler and more modern appearance that still captures the original spirit, while significantly reducing costs. Square footage is the number one cost driver of any project. Every space was reviewed repeatedly during the early phases of the project to make sure that every square footage was necessary and would be used efficiently. If square footage wasn’t essential it was eliminated.

Construction projects are difficult, especially when they encompass an occupied school site, involve multiple buildings and numerous construction phases, however when shared fiscal and project goals are set early, all team members and stakeholders effectively collaborate and continuously calibrate project goals, it leads to a very successful and financially sound project that the communities who support them, can be proud of.