Part One: “We Dance to the Heartbeat of the Drum” 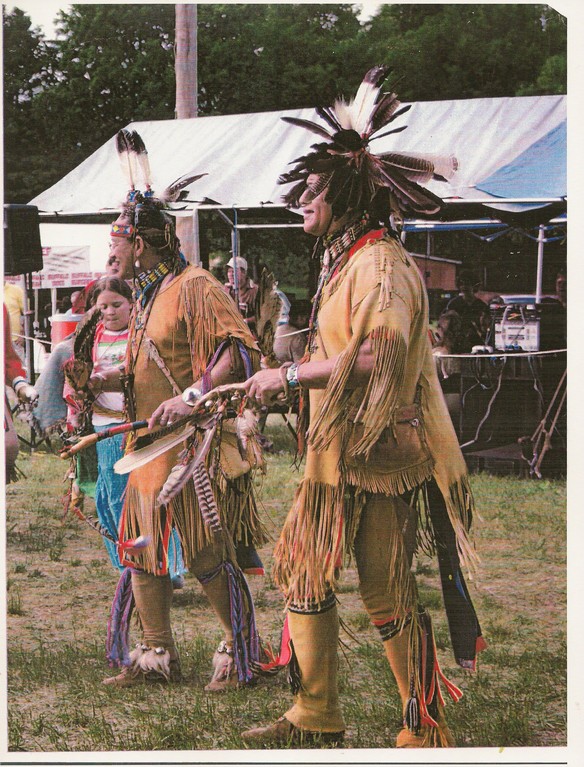 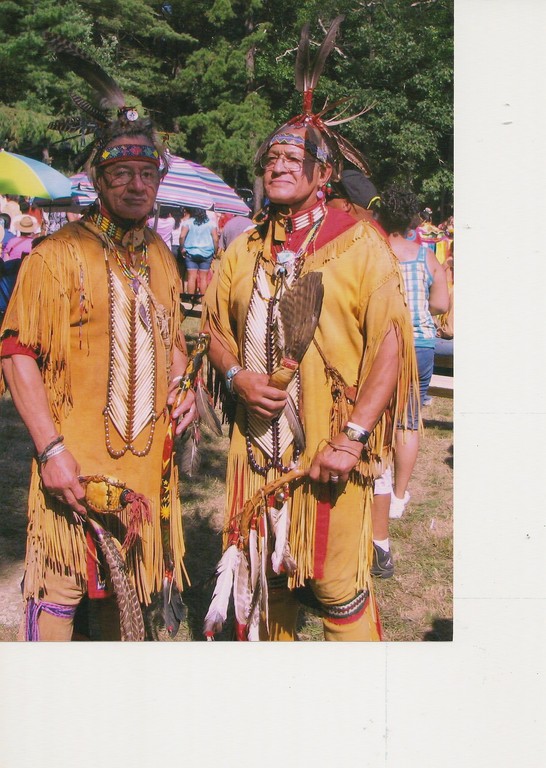 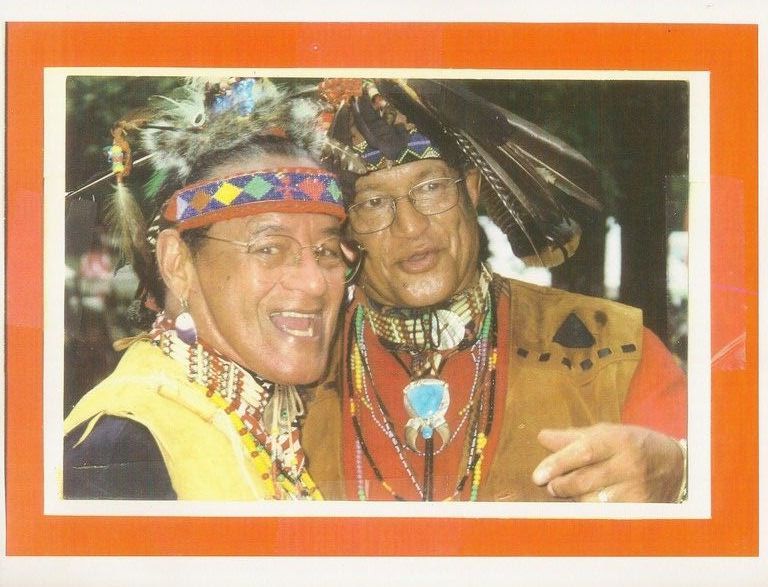 I grew up living across the street from Harry “The Hawk”, and Lee “Braveheart” Edmonds. They are my cousins, and their Mom, the late Ida Edmonds, was my beloved Godmother. As a young girl I would visit her almost daily.

Our families lived happy, much less complicated lives back then, in an area of East Providence known as “Edmondsville.” Born and raised in East Providence, the Edmonds brothers went to EP High, and were Townie All Stars in the 1950’s.

Interestingly enough, neither brother got their “Indian name,” through any sort of Native American traditional naming ceremony. “Hawk” was given his name from a teammate at EPHS, because of his amazing skill in basketball. Likewise, “Braveheart” received his name from soldier buddies he served courageously with in the Korean war.

Today, both men are well-respected authorities on local pre-colonization Native American culture, so I was elated when they readily agreed to my request to interview them for a 3 part series exploring this important topic.

Ever the student of philosophy, I began there. “How did Natives view life?,” I asked. “ ‘First People’ believed in the equality of all beings,” Hawk explained. “We didn’t feel that humans were superior to other species, such as animals. And, we definitely didn’t feel that one race, or sex, was better or worse than another,” he added.

Braveheart said, “There was a sense of kinship and connectedness to all of nature. Plants, animals, the winds, sky, rocks, water, etc., were all viewed as essential life forces that were equally important for the survival of all life forces,” he said.

Hawk continued, “We got everything we needed from Mother Earth, and from everything around us. We had an advanced society that supported every member of the tribe equally, and we thrived because of that,” he said.

Braveheart continued, “We fished, we hunted game, we grew crops. Tribes migrated with the seasons like the animals do til this day. We were one with Nature. Indians were about total harmony with all of nature. We worked together for the betterment of the tribe. Tribes strived and thrived or suffered and perished together as one people. There was no dominance of one person over others, all were equal, which is just how The Creator meant it to be,” he said.

Hawk then explained that the tribe in this area, (of which he is now Sachem, or Chief), was the Pokanoket. “The Pokanokets controlled this area, our territory was large and included Newport, and the islands like Martha’s Vineyard and Nantucket,” he said. “We were the tribe that met the settlers in 1620. But after the King Phillips’ War, we were forced to change the name of our tribe, or be killed,” he explained. “We were then given the name of Wampanoag, which essentially means ‘People of the East’, or ‘People of the First Light,’” he concluded.

I then asked the brothers to explain the origins and purpose of the pow wow, and shed light on why it has survived the ravages of time, when so many other Native traditions did not.

“Pow was,” was the name given to a shaman, a spiritual leader, or medicine man,“ explained Hawk, “And out of that came “Nkomo”, which means “the gathering together in celebration and feasting with one another. So, pow wows came about as a result of that. It’s about just enjoying Mother Earth in peacefulness with all others, ” he said

Braveheart added, “Back then they drummed, and danced, and told stories about Creation, and about the histories of the tribes. They even told tales which carried messages of bravery and wisdom to the younger members of the tribe,” he concluded.

“When a pow wow starts, a sacred fire is lit, and tobacco is offered to the Creator, in gratitude for our many blessings. We then smudge and bless the Circle, and cleanse and purify it with sage (white or yellow), and we honor the 4 directions. The “fire keeper” must keep the sacred fire burning throughout the entire pow wow. Because, if the fire goes out, the pow wow must stop immediately,” said Hawk.

Braveheart explained another significant aspect of the pow wow, “Today we have a lot of vendors at pow wows, but you have to be Indian to sell there. Also, you can only sell wares made by other Indians. Lots of vendors depend on the pow wow circuit to help support their families,” he said

Both men are legendary at pow wows due to their authentic regalia, and their mastery of traditional dancing. They explain it simply, “We dance to the heartbeat of the drum!”

As for why they think pow wows have survived and continue to grow in popularity, they had a simple explanation for that as well. “Our culture did not die. We did not die, and what is even better is that now we all celebrate together, Natives and non-Natives alike, in true Native fashion! That’s why pow wows are so relevant today,” said Hawk.