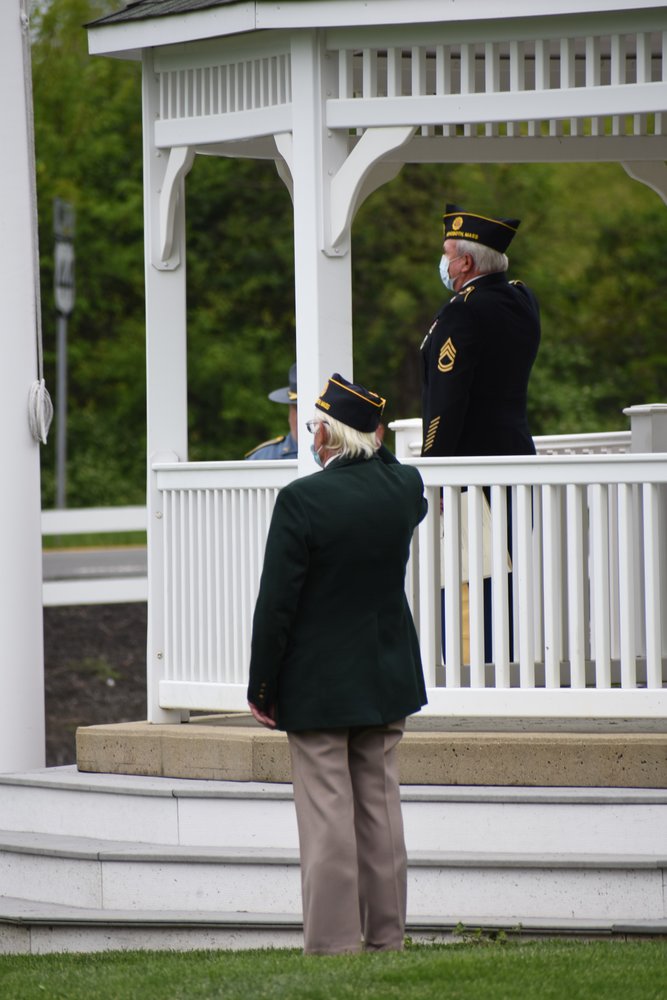 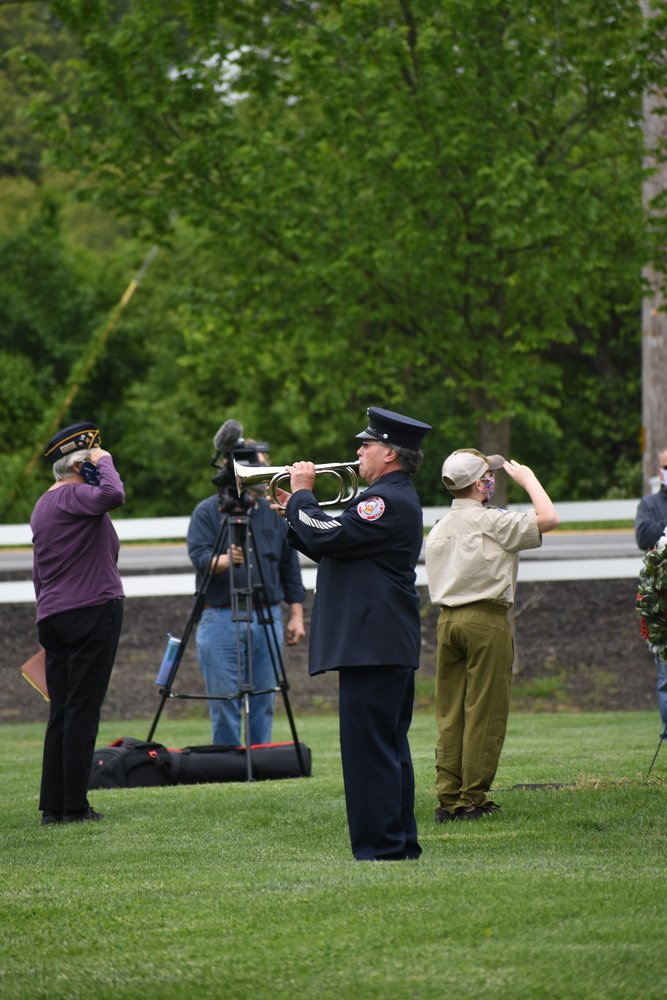 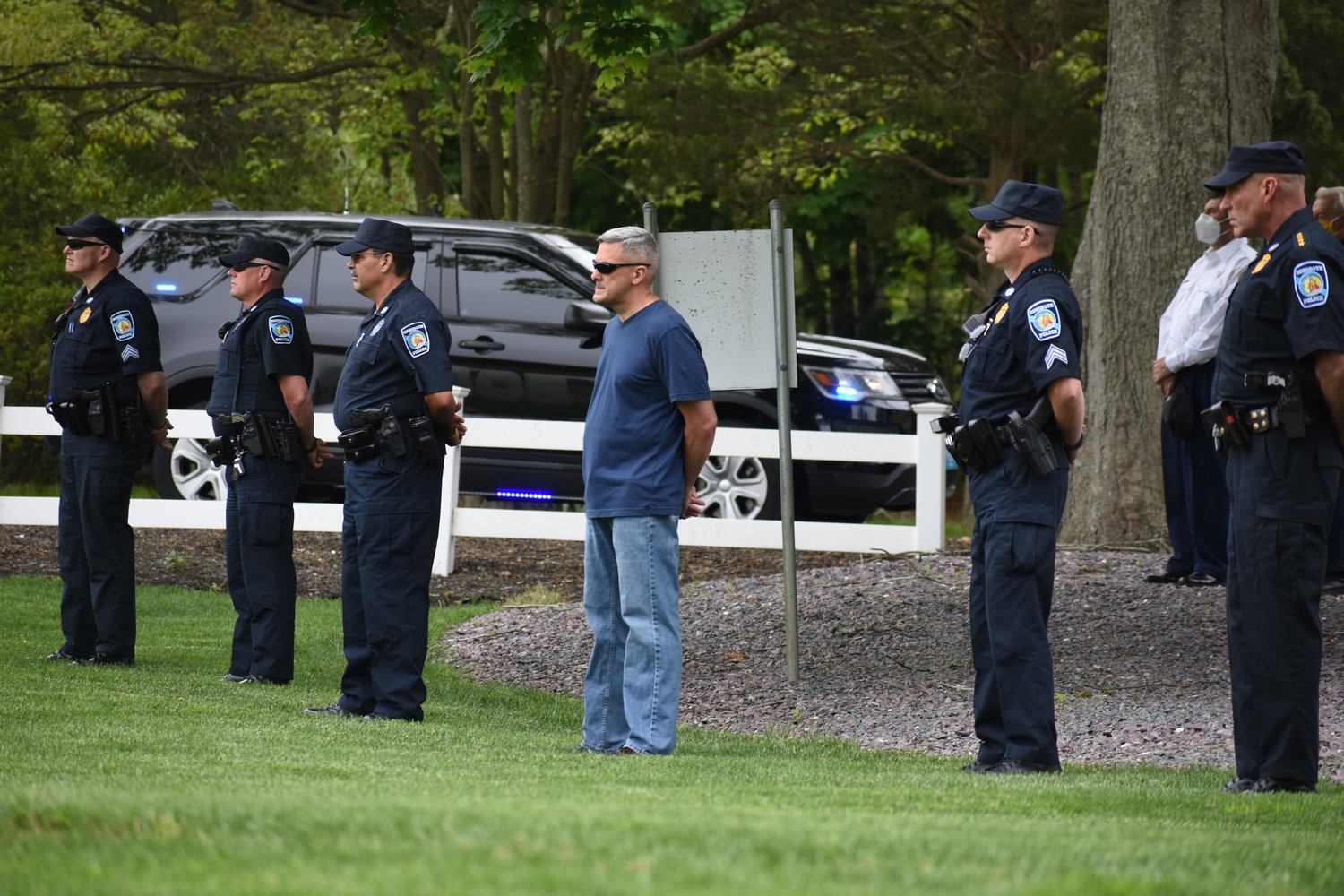 Every crisis has new heroes. During the 9/11 attacks, they were the first responders running into burning and crumbling buildings as others ran out. Now, during the Coronavirus pandemic, the most visible heroes are the health care professionals, who are saving others and risking their own lives while doing so.

These heroes have much in common with the people that we honor today – America’s fallen veterans. They are men and women who have sacrificed their own lives so others could live. They are both elite and ordinary. They are elite in the sense of character. Giving your life so others could live is the ultimate definition of selfless.

They are ordinary in the fact that they represent the diverse fabric of our country. They are rich and poor, black and white, male and female. They come from every ethnicity and background. In short, they looked like anyone of us.

As we celebrate the selfless and untiring performances of the healthcare workers during the COVID-19 pandemic, it brings to mind the military medics, doctors and nurses who sacrificed their lives while treating others on the battlefield.

One such hero was Pharmacist Mate Third Class Jack Williams. The Navy Reserve corpsman was only 20 years old when he landed on Iwo Jima 75 years ago.

On March 3, 1945, James Naughton, a Marine in Williams’ unit, was wounded by a grenade. While under intense enemy fire, Williams dragged Naughton to a shallow depression and treated his wounds.

Williams used his own body as a screen and was shot four times. Yet he continued.

After he treated Naughton, Williams dressed his own wounds. He then proceeded to treat another Marine, despite his own immense pain. While heading to the rear, he was hit by a sniper’s bullet and killed.

For his actions, Petty Officer Williams was awarded the Medal of Honor.

According to her biographer, Philip Bigler, Lt. Lane threw herself into her work as a nurse.

While serving in Colorado, she requested a transfer to Vietnam.

Her dedication was obvious, even as she treated enemy Viet Cong soldiers who would return the favor by kicking, cursing and spitting at their American captors.

In the early morning of June 8, 1969, Sharon’s tour of duty ended. A Soviet-built rocket struck the hospital. Lieutenant Sharon A. Lane was killed in action at age 25.

If she were still here, her skills as a nurse might still be benefiting us during the current crisis. But not all of the heroes working during the COVID-19 pandemic are in the healthcare industry. Grocers, first responders, delivery workers and drive-through restaurant employees are just a few of the many people that we rely on to provide vital services for society while risking their own safety.

The military also has heroes in every occupational field. Truck drivers, cooks and administrative clerks have all paid the ultimate price. At sea, on land or in the air – military service requires great risk.

Roy Knight, Jr. was a pilot in the U.S. Air Force.

On May 19, 1967, he was shot down while attacking a target on the Ho Chi Minh trail in Laos. He was posthumously promoted to colonel. Last year, a joint team from the Defense POW/MIA Accounting Agency discovered and later identified Col. Knight’s remains.

When his remains arrived at Dallas’s Love Field, a crowd had gathered to witness the dignified transfer of the flag-draped casket from the Southwest Airlines jet into the receptive arms of the military honor guard. One observer reported that the entire crowd fell silent.

The Southwest flight was piloted by another Air Force veteran, Col. Knight’s son, Bryan. Bryan Knight was only five-years-old when he said goodbye to his father as the elder Knight left for Vietnam.

This is yet another legacy that these heroes leave behind. A legacy that includes their sons, daughters, grieving parents, grandparents and friends.

Their heroic acts are sometimes performed to protect those with whom they serve. Corporal Jason Dunham was a squad leader with the Third Battalion, 7th Marines in Iraq.

On April 14, 2004, his squad approached a Toyota Land Cruiser. After his squad discovered AK- 47s in the vehicle, the enemy insurgent exited and engaged in hand-to-hand fighting with the unit. The driver dropped a grenade.

To save his fellow Marines, Corporal Dunham made the ultimate sacrifice. He threw himself on the grenade and tried to use his helmet to shield the blast. Severely wounded by the grenade’s fragments, Cpl. Dunham was taken off life-support eight days later.

Corporal Dunham died so other Marines could live. He, too, was awarded the Medal of Honor for his gallantry.

Approximately one million men and women of the U.S. military have lost their lives in defense of our nation since the founding of this great Republic.

During the Spanish American War, 60 soldiers of the all-black 24th Infantry Regiment volunteered to serve as nurses. Thirty-six of them would later die of yellow fever or malaria.

A generation later, the flu would kill nearly 16,000 U.S. soldiers in France during World War I. Another 30,000 American servicemembers died in stateside camps. These men and women could have isolated safely in their homes. But they knew they had an important job to do. A mission to accomplish. They were all on a mission to serve.

Even when the enemy is an invisible virus or a microscopic germ, the sacrifices made are just as meaningful. The U.S. military has already lost servicemembers to COVID-19.

This Memorial Day as we continue to honor those who fell for us in battle, let’s also pause to remember those who have also sacrificed their lives while serving others.