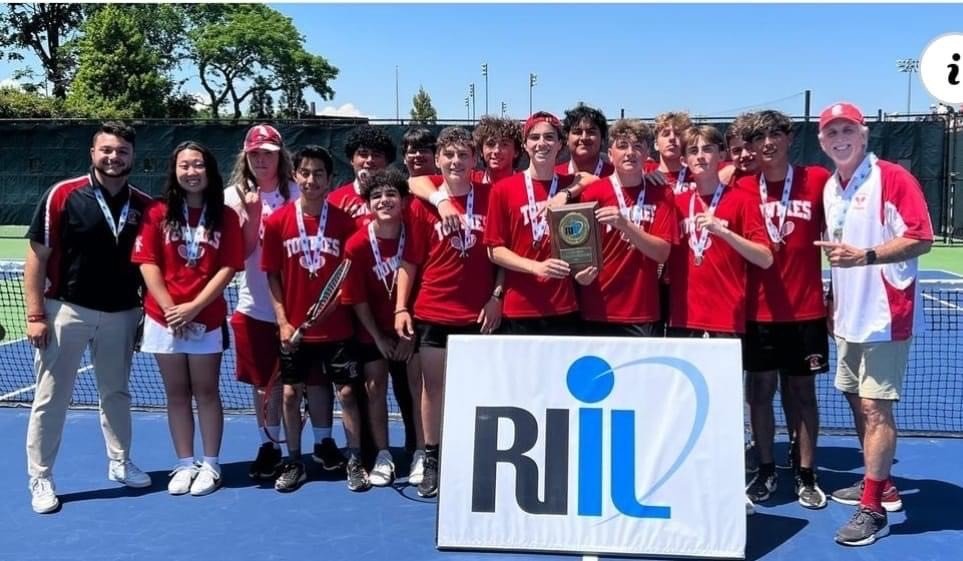 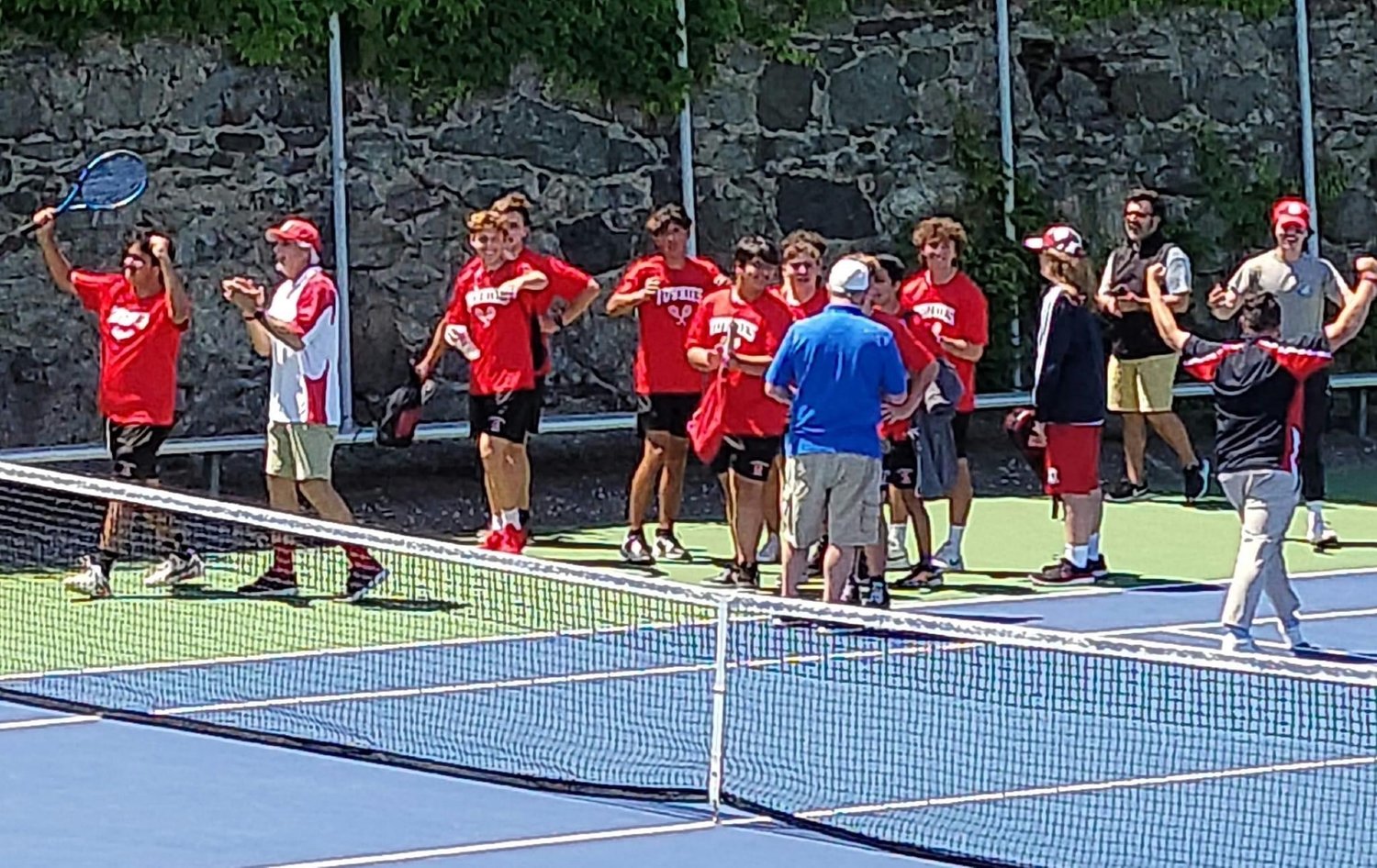 Celebration after James McShane won the 4th team point and match for the Championship. 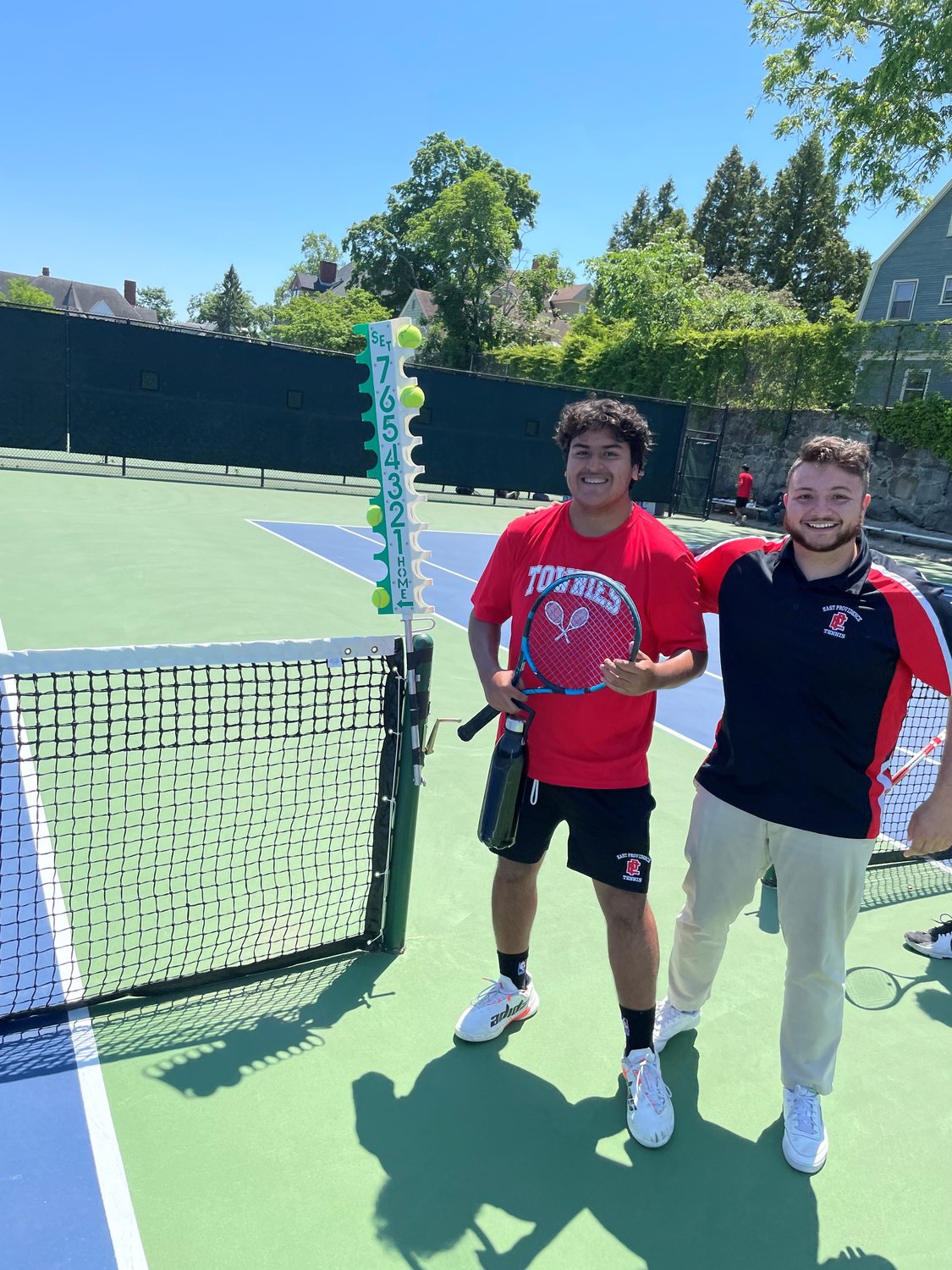 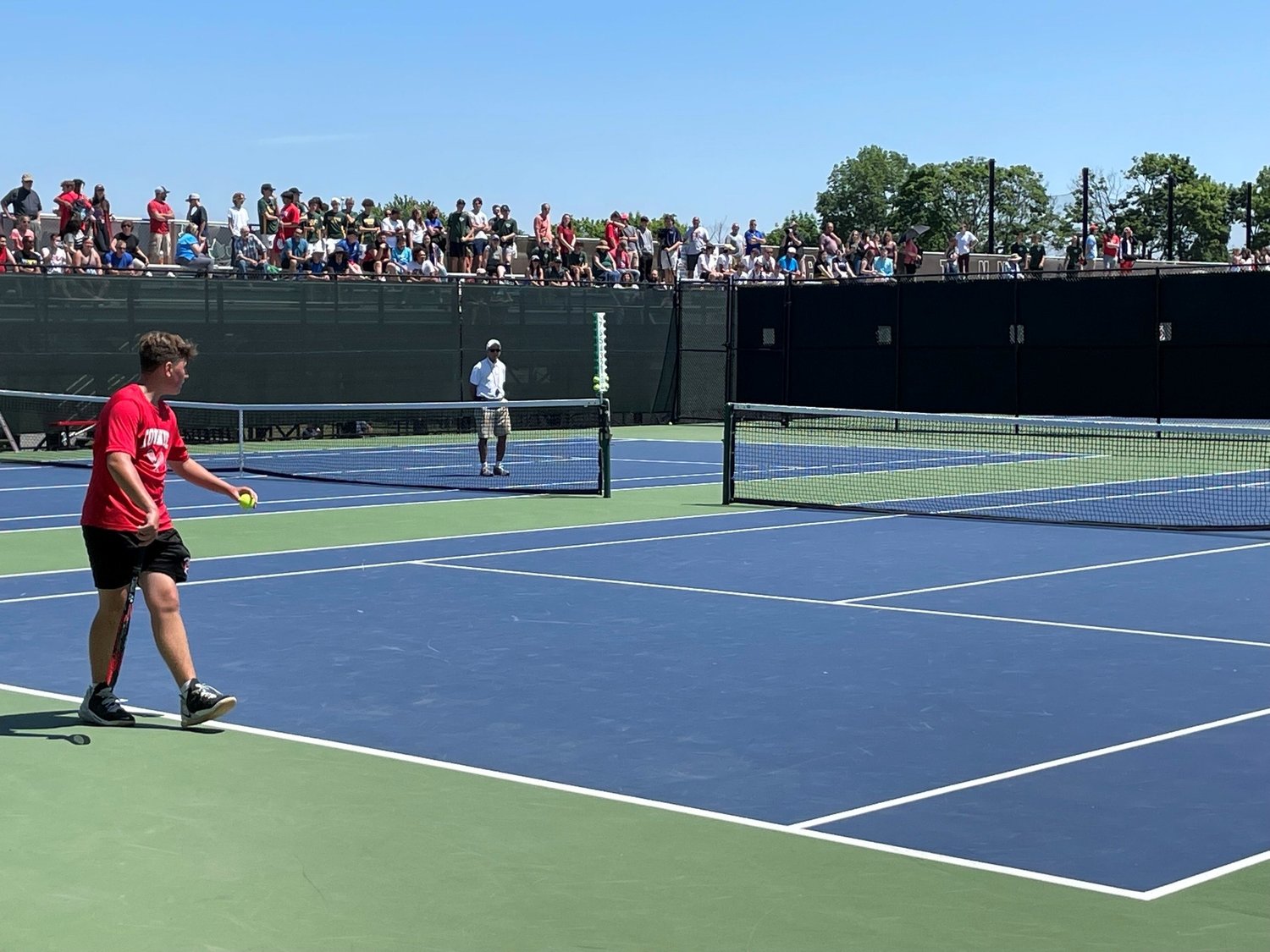 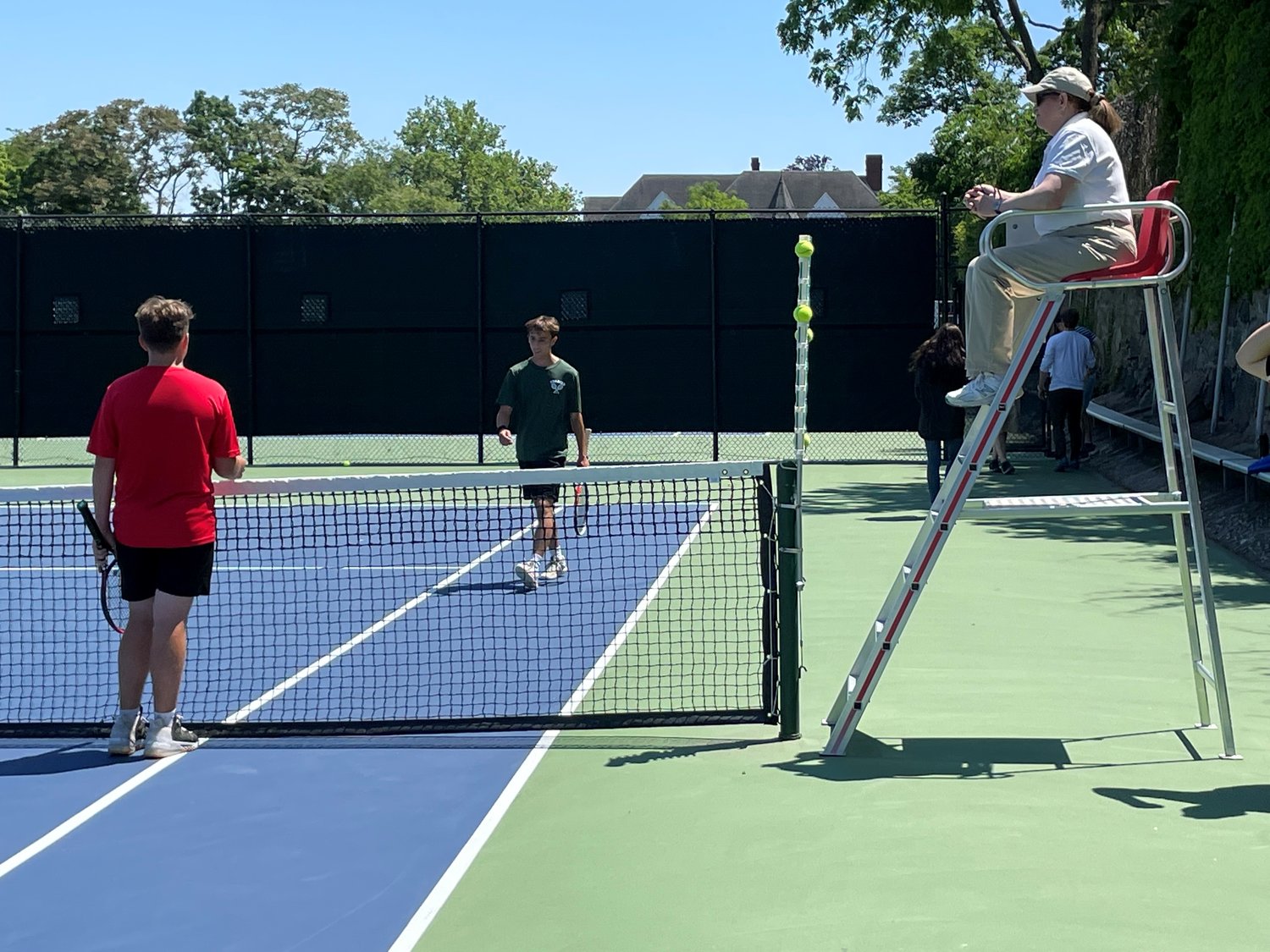 - James McShane congratulating his opponent after winning the Championship point.
Previous Next
Posted Friday, June 24, 2022 12:00 am

The boys tennis team persevered over Providence Country Day in a 4-3 come from behind victory to advance to the finals of Division 3. PCD took the lead with a win at 1st singles. Soon after, the Townies 1st doubles team of Nathan Thurber and Jaydon Amaral tied the match with a 6-1, 6-2 victory. PCD notched their second point at 2nd doubles with a 6-4, 6-2 win over Jaydon Massa and Jeffry Diaz. The Townies struck back to even up the match at 2 when James McShane won at 2nd singles in a 3 set match 7-5, 0-6, 6-4. PCD countered to go up 3-2 with a win over Miguel Flores, 3rd singles, who after being behind 5-2 in the 3rd set tied it up at 5-5 before bowing 7-5. During this time the 3rd doubles team of Angel Lucas and Will Laroche and 4th singles player Jordan O’Hara each lost their 1st set. The 3rd doubles team took the 2nd set 7-5 to force a 3rd set. Meanwhile, Jordan fought his way back in the 2nd set and won in a tiebreaker that would have had PCD winning the match and sending the Townies home for the season if he lost. Back at 3rd doubles, after being down 2-1, Angel and Will climbed back with tremendous court coverage and net play to win their match with a 6-4 win and tying the match at 3. Jordan was the lone player on the court where the match rested on his play, battling from behind 5-3 to tie it up 5-5 and then continuing to a 7-5 set and match win to advance the 14-1 Townies to the finals against Chariho.

James McShane won in straight sets 6-3, 6-4 to secure the deciding point for the Townies as they captured the 2022 Division III boys’ tennis championship with a 4-2 win over Chariho. Setting up the Townies with the first point which was a guaranteed point all year by going 16-0 was Nathan Thurber and Jaydon Amaral winning 6-2, 6-3. Miguel Flores at 3rd singles redeemed himself from the seasonal match to win in championship fashion 6-3, 6-4, and Brayden Rouette at 1st singles captured the 3rd point which set the stage for McShane, like he did in the regular season, winning the pivotal match point which gave the Townies their 1st championship in 20 years.

James McShane beat Christian Resinger in straight sets 6-3, 6-4 to secure the deciding point for the Townies as they captured the 2022 Division III boys’ tennis championship with a 4-2 win over Chariho.